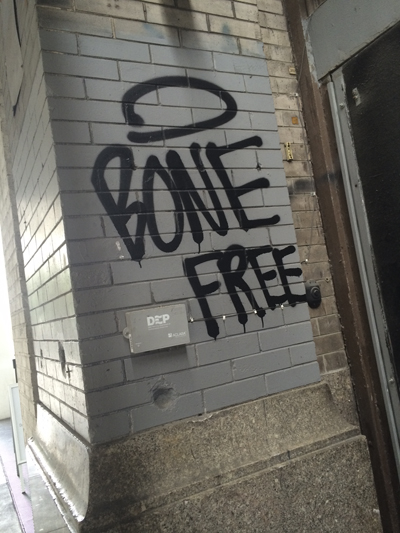 In the digital age, dating has taken a turn for the worse.  Things that seem as though they should make meeting a mate more manageable have just become downright scary.  Social media has made everyone so much more accessible and while it can be used for good like tracking down that “missed connection” from the L train, it seems as if men are overly stimulated by the bathing beauties and their bikini pics only inflating their egos to the point wherein they think they stand a chance with the 23 year old model from Johannesburg who spends her days squatting, not eating the food in her pictures, and taking selfies, therefore blowing off the perfectly lovely local ladies actually available to them.  Along with turning Facebook and Instagram into quasi dating sites, there has since been the inception of Tinder, which will require a dedicated tiger clad post in and of itself at a later date.  All of these brilliant advances in technology just so happen to be within finger’s reach for us thanks to our so called smartphones.  No need to flip open that archaic laptop, ew.  You are just a swipe away from millions of other people in the midst of ignoring their “real life” company to bask in the glow of their screens.

Texting has overtaken the phone call and do not even ask me when the last time I received a hand written anything other than birthday cards from my best friends and family was.  Seriously, don’t ask me because I do remember.  (Pro-tip: bonus points earned for voice on voice contact, but if you take the time to put pen to paper and mail it, I’m yours).  That said, a lot is left to be desired in modern day romance as much of what we are trying to express over text is totally lost in translation.  There is no expression, no context, and no way of being sure that your message was received- both literally and figuratively.  There is, however, one type of text message that needs no analyzation.  Its context and subtext is quite clear. 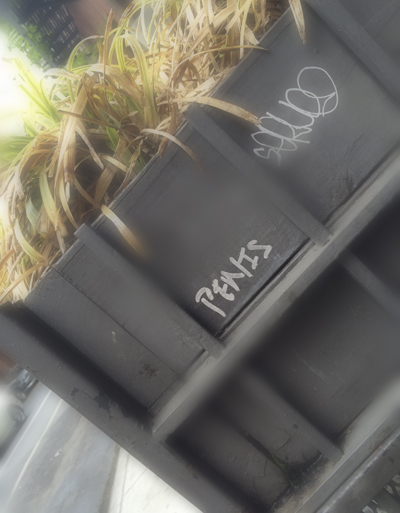 As we lay in one of my best friend’s cozy bed watching “That Awkward Moment” (insert irony here) last Saturday night, I asked her if she had heard from a particular suitor and I guess his ears– but more likely loins– were burning because as if on cue, her phone lit up and there he was.  Instead of your run of the mill midnight “u out?” bro text message, this was something far more frightening.  It was the dreaded “dick pic.”

I should have video recorded the reaction.  Not only did she not want to open the photo from the preview, she handed it to us to do the dirty work.  There was a lot of nervous laughter, a little bit of uncomfortable squealing, followed by a game of hot potato with her iPhone.  And should I ever have the pleasure of meeting this guy, I’ll have a hard time keeping it together seeing as I’ve already met his penis.  The odd part in all of this (as if there is anything more odd than receiving a photo of a basic stranger’s genitals) is that she has not been on a date with him, has not even kissed him, and hadn’t even responded to any of his messages for the past two weeks.  Post deleting his message and blocking his phone number, we managed to sleep through the night sans phallic nightmares.

When I awoke Sunday to a frantic phone call from the same friend, I postponed my run along the Westside Highway to hear her out.  As it turns out, after having headed home and slipping into a sweet slumber, another Prince Charming snapped a shot of his cyclops and sent it her way.  Again, someone who she had not been responding to all evening.  Two dick pics in less than twelve hours?  That’s got to be some kind of record, no? 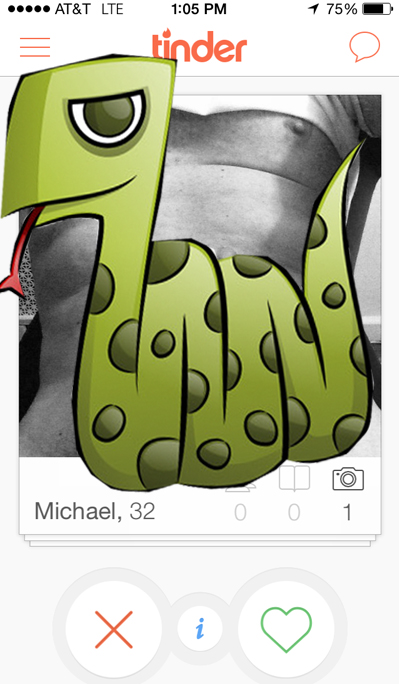 And maybe my friends and I are alone in this and you all can chock us up as prudes (though that would be fairly inaccurate), but I’m really wondering if AND WHO?! are the ladies out there requesting pictures of male packages leading modern day men to believe that all of us are interested in a salami slider sent straight to our cell phones.  I imagine that somewhere along the line, these guys were given the green light by some broad because they seem to think this is the ticket to ride.  It’s as if they had the thought process of, “Oh, she’s not responding to my messages?  I’ll just send her cock shot.  That’ll get the rooster crowing!”

Here’s the thing: Women just aren’t aroused by pictures of your penises.  It’s science and I can speak from personal experience.  I had an ex who loved to send me penis portraits that I had never commissioned.  And some would say that so long as you’re actually sleeping with the sender, a photograph of his nether regions doesn’t seem all that offensive.  However, he enjoyed sending photos of his ship without wind in its sails.  Not sexy.  Plus, I’ve already been acquainted with your personal kayak, so don’t fill up your camera roll with your scrotum selfies.  Save space for pictures of your niece or your lunch.  Basically, you’re more likely to get my panties in a bunch by sending a picture of a puppy or perhaps your face.  Although, I did recently receive an unsolicited  and shirtless “right before bedtime selfie” that was very Jersey Shore.  We are no longer dating.

So, to the fellas out there, please stop sending us pictures of the land down below because we don’t want our passports stamped and to the ladies… are you down with the D or is this the modern day equivalent of flashing? 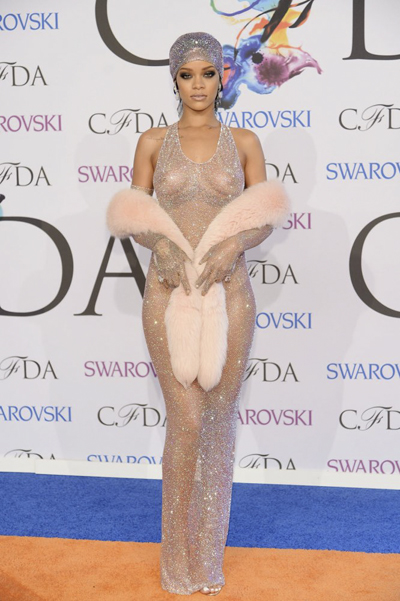 In case you don’t follow anyone on Instagram and haven’t yet seen the sparkly get up that bad gal, RiRi wore to accept the CFDA award for “Fashion Icon of the Year” last night, here she blows.  At first look I was thoroughly impressed with the beautiful old Hollywood glamour she opted for, but her shiny… and see through custom Adam Selman dress was met with mixed reviews.  Some applauded her while others were appalled.  Rihanna is no newbie to controversy and raising a few well groomed eyebrows.  I mean, this isn’t her first appearance on WhyDid either… she was here, here, and here for starters.  And while I am not always a fan of her muppetesque hair and her choices in men (ha! who am I to talk?), I do love that she seems to have absolutely no problem doing, saying, and wearing whatever she damn well pleases, which are probably all factors as to why she was even presented with the award.  Her hair, makeup, and accessories were perfection and if anyone is going to go nearly nude to an awards show, thank heavens it was someone with her body as opposed to say, Steve Carell’s.  The more I think about it, Rihanna is one smart cookie.  She went ahead and took out all the possibility of an accidental nip slip and just came in with all guns blazing.  And honestly, if you do follow her on Instagram, you’ve already all but seen her naked, so why are we all so shcocked?  But enough about me… Rihanna’s look: too much or never enough? 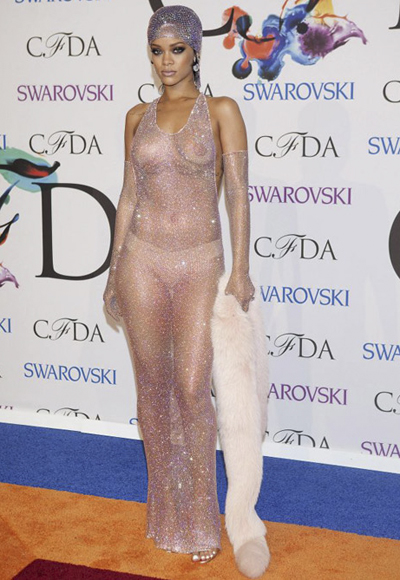 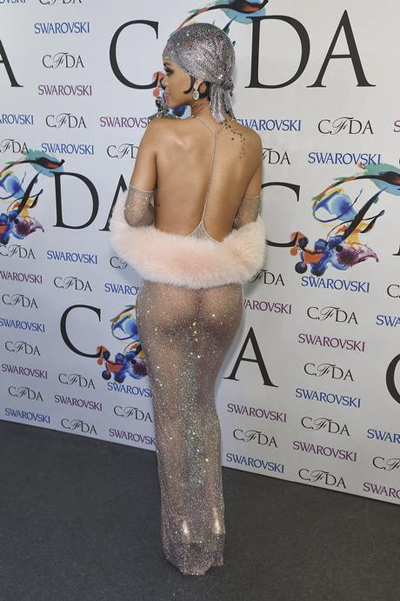 Why Did or Why Don’t: Flat Footed 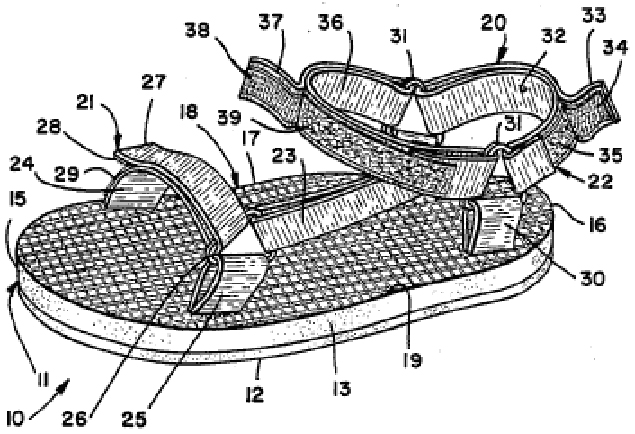 Which came first: the Birkenstock of the Teva?  The answer doesn’t actually matter because they are both having fashion reincarnations this spring… much to the joy of some and chagrin of others.  While the Birkenstock reemergence has already been happening on the low for quite some time now, the other favored sandal of the 90’s complete with velcro straps and thick flat soles has just recently filled high end department stores’ and designer boutiques’ shelves.  Brands from Marni to Rebecca Minkoff have embraced and reinvented the functional over fashionable shoe with metallic leather, studs, and colorful embellishments.  While they sure will make traipsing through the city a lot less painful for your feet, I’m not sure about the effect they’ll have on our eyes. 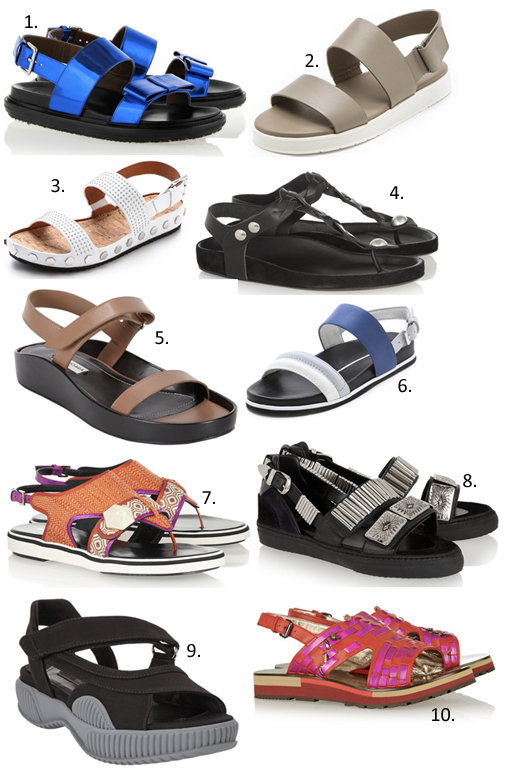 Why Did or Why Don’t: Giving ‘Em the Slip 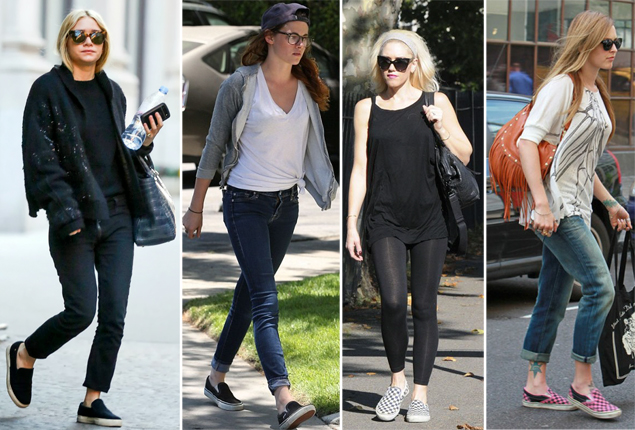 Now that we’ve basically kicked that whole wedge sneaker trend, celebrities, who have always been big fans of comfortable footwear, are gravitating towards a shoe that seems to be a hybrid between the classic flat and a comfortable sneaker.  The slip on is essentially what it would look like if a ballet flat had one too many martinis and woke up next to a tennis shoe… nine months later.  A style of shoe made most popular by skateboarders sporting Vans all over Southern California in the 1970’s, the casual shoe has been reinvented by designer brands like Saint Laurent, Givenchy and Prada.  While the feel is definitely a bit more downtown, I get the feeling even uptown girls will be heading to Barney’s to shop the look. 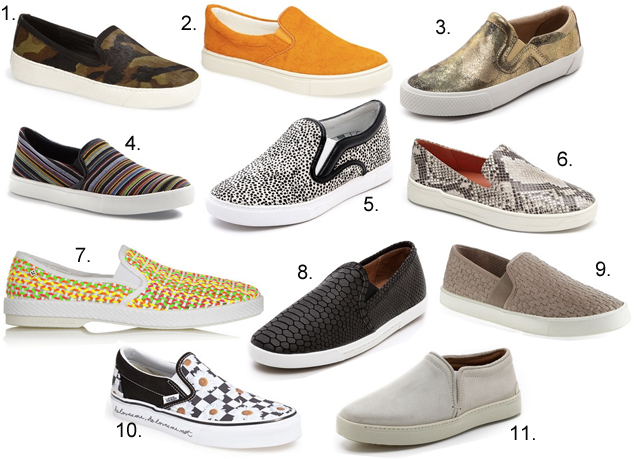 So, while they are definitely an upgrade to the normal commuter sneaker, will you be buying into this trend?

Why Did or Why Don’t: Cuffing Season

I wasn’t even allowed to get my ears pierced until I was ten (double digits, ya’ll) and I had to get them done by our family doctor.  No joke.  As you can probably guess a second hole or the oh so trendy upper ear piercing was completely out of the question- although my mom did take me to get my belly button pierced by a guy wearing a t-shirt with a picture of a squirrel endowed with overgrown nuts on it.  When I was 18 or maybe 19, my best guy friend and I went and got our upper ears pierced.  As I typed that, I realized how absolutely ridiculous it sounds.  He’s married with a child now and I have the grown over scar of that stunt leftover.

So when celebrities started stepping out with extravagant ear wear (side note: ears are gnarly looking when not in context with the human head.  Ahem, Van Gogh), I wondered if we were going to start stacking our ears up with bling like we’ve done with our wrists and now fingers.  I mean, I guess it’s a good way to add sparkle without adding extra holes.  But is this trend destined to go the route of its distant cousin, the arm cuff?  You remember, that time we all thought it would be a great idea to cut off circulation to our biceps and in turn accentuate any and all upper arm flab. 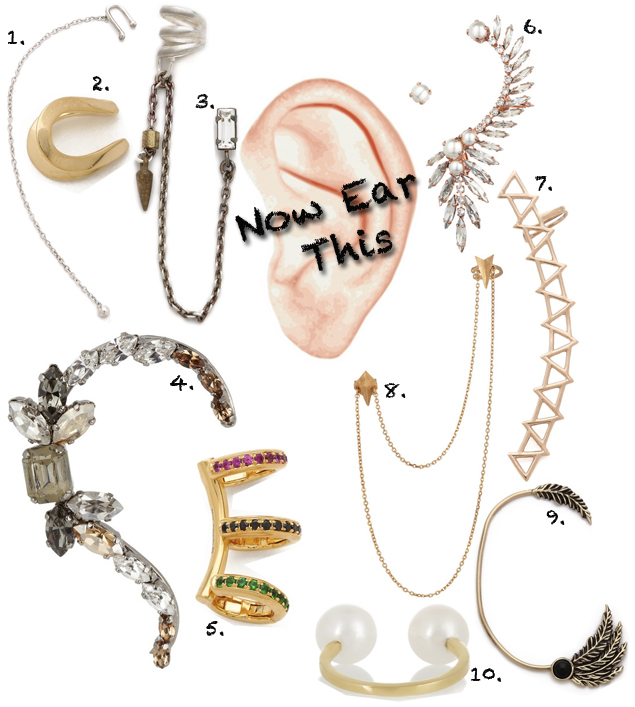 So, ear cuffs: are we doing this?