WhyDid or WhyDon’t: Get Waisted 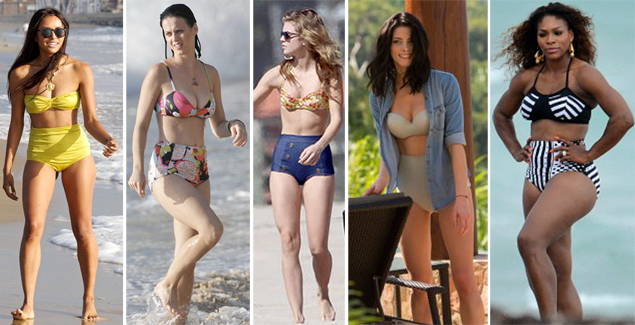 This summer, many celebrities have been seen wearing a retro style bathing suit in the form of a high waisted bikini.  On one hand, it’s nice to see Hollywood covering up its hoo-ha’s, but on the other, some styles were not meant to be resuscitated.  Everyone from Drew Barrymore to Uma Thurman has worn one of these torso-centric suits.  You know Taylor Swift loves herself a high waisted bikini.

I understand the ideology behind it.  You’re thinking, “This bad boy is going to hide my FUPA and minimize my muffin top.”  Well, I hate to be the bearer of bad news (no, I don’t), but the only thing a high waisted bikini is going to do is emphasize all the flaws you seek to hide.  Not to mention, most retro suits have much lower cut legs, which will only make your stems appear stumpier.  Basically, you’re like one big walking pelvis.  The only thing worse than this beach look from the front, is how it looks from behind.  Talk about long ass.

But should you care to partake in the trend, here are a few suits that will keep you on par with your favorite stars.

Why Did or Why Don’t: Overall Overhaul 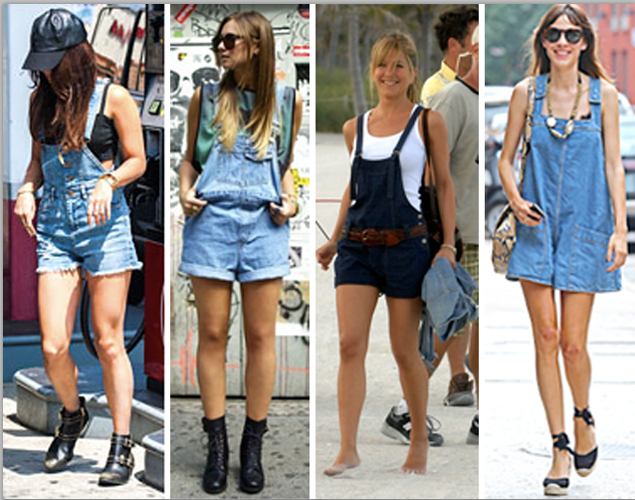 As you may recall, I wasn’t particularly pleased when the whole “overalls” trend popped up this past fall.  It just seemed like such an unflattering and unladylike look for about, oh… 98.9% of the population.  But then something funny happened. 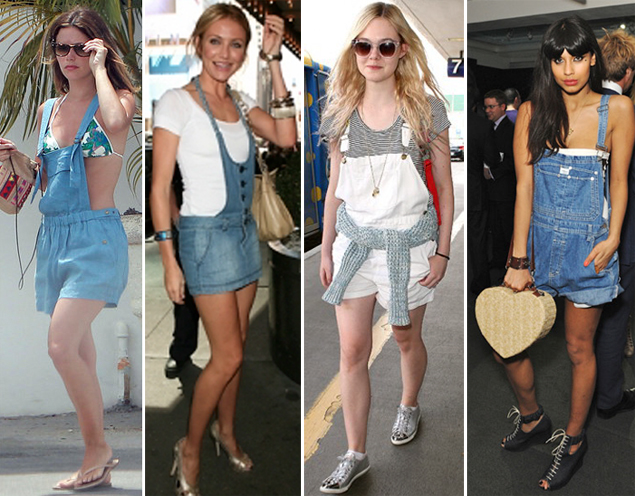 Trendsetting celebrities and stylish city girls put a positive spin on the formerly dowdy denim dungarees.  For some reason, I find the short version far less offensive than its full leg counterpart.   Dare I even call it cute?  So, I guess you could say my cold heart has melted… or it could just be this miserable mid-July heatwave, but you be the judge. 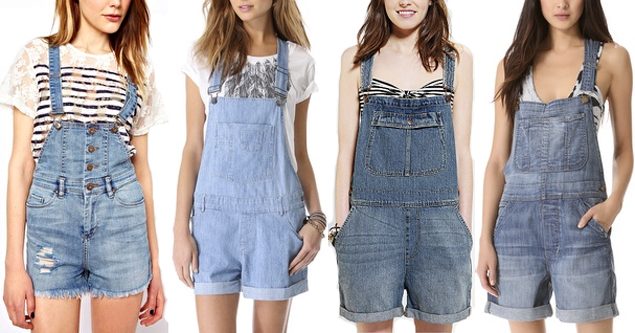 Why Did or Why Don’t: All Heels on Deck! 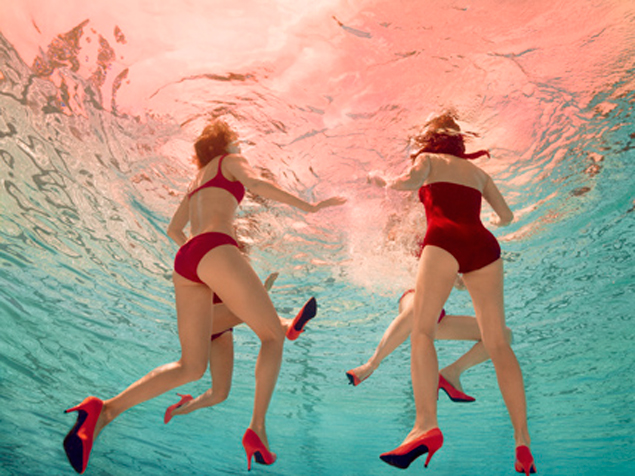 As we pack our bags and head out for some fun in the sun, I must bring up the age old question: to wear or not to wear high heels at the pool?  Now, I know some of you just had a truly guttural response to the question posed, but it would appear that some of the ladies in the cabana next door are unsure as to the appropriate poolside footwear.

I get it, I have a long torso and have always dreamed of having legs that were at least three inches longer each, but God had other plans that didn’t involve my appearance in a pair of angel wings during a Victoria’s Secret Fashion Show.  While sky high stilettos certainly do aid in the lengthening of legs and have a certain way of making even the most gym averse look slightly toned, poolside lounging is not a Hooters bikini contest, nor is it an episode of Shahs of Sunset.  And to be quite honest, it seems it could also be a bit of a safety hazard.  Beyond slipping and falling face first whilst losing your bandeau top (and cocktail), how many of us have gotten a heel wedged in between the wood planks of the deck?

However, there may be a loophole in this style conundrum: the wedge sandal, especially in the form of an espadrille.  I’m not entirely sold though… It still seems odd to have on any type of heel when walking to the bathroom or to introduce yourself to that cute boy.  So, how does one avoid catching a case of athlete’s foot without looking like a Miss America contestant? 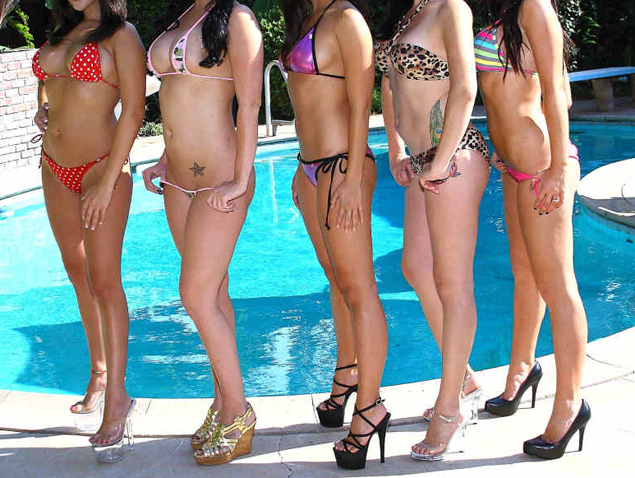 Would You Wednesday: Barely There Britches 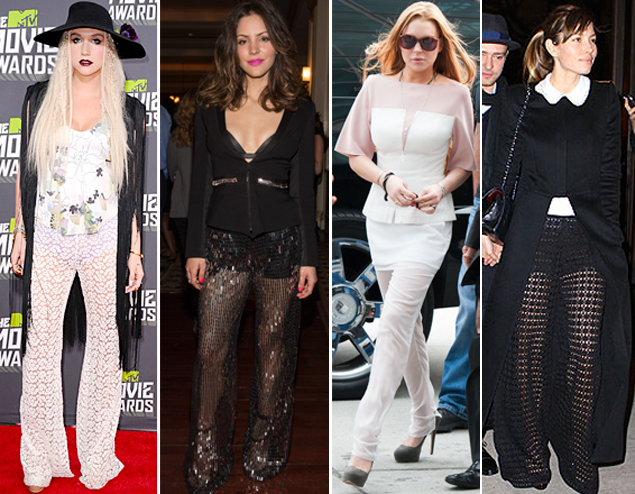 First it was the see through skirt.  Now it would appear that the sheer madness has spread right on over to pants.  Celebrities have been seen sporting the look from the red carpet to the courtroom.  I’m undecided on the idea as I can see it coming off as quite airy and fun for summer and a great alternative to the maxi skirt, but seeing Lindsay Lohan and Ke$ha trying out the trend makes me want to call the whole thing off. 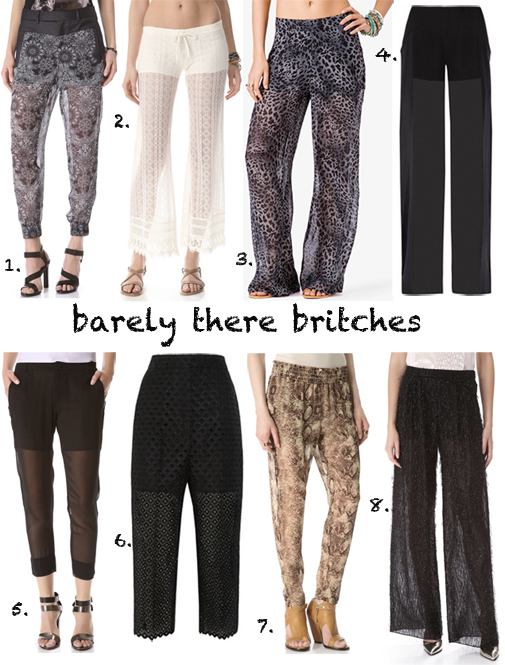 Why Did or Why Don’t: Let It Burn 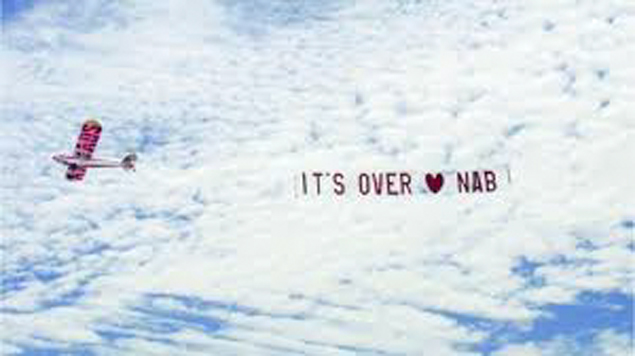 Stop me if you’ve heard this one before: Boy meets girl.  Boy and girl fall in love.  Boy and girl break up.  Girl proceeds to ruin boy’s life.  They say hell hath no fury like a woman scorned… and I happen to know there’s a bit of truth to that.  Not that I’ve ever gone all Carrie Underwood on anyone… well, except that one time, but in this day and age, breakups and their pretty personal details have become quite public.

For instance, the adorable Selena Gomez stopped by David Letterman this week where she was promoting Spring Breakers and dropping bombs on Justin Bieber.  During the interview, Gomez  points out something she and Letterman happen to have in common and it’s a real zinger.  She delivers the line so subtly and sweetly that it’s hard not to want to give her daps, but is dissing your ex publicly awesome or just kind of immature?

Now, I’m no Wizard of Waverly Place, but clearly, I have a very public vehicle for the purpose of spot blowing.  Fortunately for the past loves of my life, I have an almost incomprehensible amount of restraint when it comes to dishing out the deets of what exactly went down during our time together.  (You’re all very welcome).  However, there are certainly times I have most definitely wanted to lay the story perfectly straight for my love life spectators and perhaps help a sister out in the process.  As a matter of fact, my ex’s ex (we following that?) is the producer for a very popular morning radio show.  While she and her cohorts did make some commentary regarding her breakup (at which point I received some pretty unpleasant Tweets from their fans), the references were somewhat vague.  Looking back, I wish she’d just been blunt about the level of douchedom that went down or that I had just gone ahead and called into the show myself.  Sure would have saved me some time.

So what do we think?  Acceptable to ruin someone’s day publicly?  Or totally tacky?