All Business or All Talk? 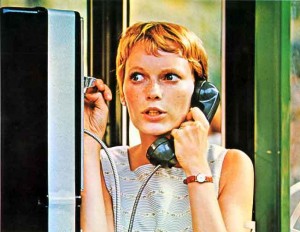 Speaking of cellphones, while sitting at dinner with friends one night, the topic of Blackberry versus iPhone came up. I have always had a theory that New Yorkers are more Blackberry users while LA folks seem to be bigger fans of the iPhone. While it was three of us at the table (myself and a girlfriend having Blackberries) the odd man out was my friend with an iPhone.

She nearly chucked a bowl of edamame at us when we proclaimed that Blackberry users are actually using their phones for “work” and iPhone users are just having “fun.” I, personally, can not imagine trying to peck out an email to a client on that creepy touch screen. (I’ve seen what autocorrect is capable of). I can understand that “creative” people need a phone with more “graphic” capabilities, but in the grand scheme of things, I think iPhones are just fun and flash and Blackberries are all business.

What I really want to know is what you think? Do you have an iPhone or a Blackberry? Is one more serious than the other? Tell me!!!