Why Don’t You Eat Me: We All Live in a Yellow Submarine 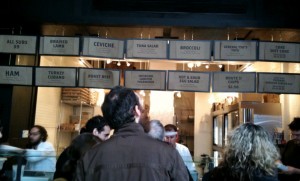 Let me tell you: It’s about time something new and notable opened up in my neighborhood! I constantly complain about how I can’t find a decent thing to eat in Murray Hill and Wednesday was my lucky day because No. 7 Sub opened in the Ace Hotel on 29th and Broadway. The owners first opened up a No. 7 Sub in Fort Greene in Brooklyn and have just branched out into Manhattan (thank you , because I don’t do much  :::cough cough::: any traveling to BK).

No. 7 Sub has been getting quite a bit of press, so I obviously had to investigate. I  heard that they ran out of bread on opening day (oh the horror!), so I made sure to get there in adequate time. I ended up arriving around 12:30 and there was a small line out the door.  It gave me plenty of time to look over the option and figure out what I was going to try. 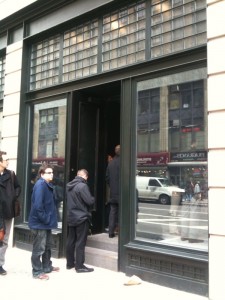 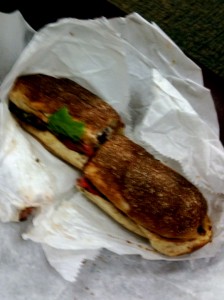 There are quite a few other subs that I want to try as well such as the ceviche with cucumber, red onion, avocado, fried hominy,   and leche de tigre mayo (whatever that may be??), the ham with pineapple, maraschino cherries, potato salad, and american cheese, and also the imitation lobster thermidor with capers, potato chips, and swiss cheese. As you can see, this isn’t your typical sub shop which is why I was excited to try it out. 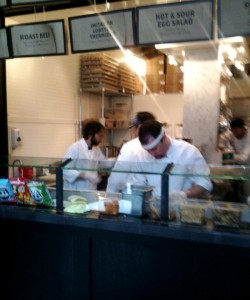 All in all my sandwich was good. Not great. I definitely wouldn’t throw my boyfriend out of bed for an opportunity to eat one of these sandwiches, but I will definitely be back to try some of the others. It’s a good lunch spot for people that work in the neighborhood and don’t mind spending $9 on a sandwich.

I’d give No. 7 Sub 3 out of 5 mouths for being a solid sub joint with creative, outside the box subs.