Why Don’t You Eat Me: Will You Be My Cupcake? 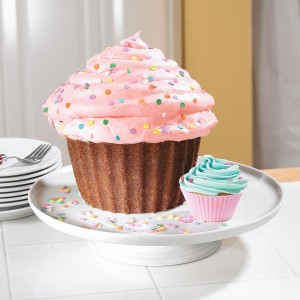 I’ve officially moved on from my pizza obsession from two weeks ago and moved right on into a cupcake obsession.  I do have to be obsessed with something “food” at all times, right? It’s only natural and healthy. Maybe I should be telling a therapist this?

Oh, cupcakes. They’re small, they’re round, they’re cakes that you don’t feel guilty about finishing. They’re high on the list of foods that will aid in world peace. We should start telling kids to stop throwing rocks and start throwing cupcakes! Forget engagement rings and propose with cupcakes! Now I’ve  gone too far…

Below I’ll break down a few of my favorite places for cupcakes in Manhattan:

1. Sweet Revenge: There is no revenge like sweet revenge and that’s just what these baked delights are. These bad boys are determined to make my stomach more like a 6 pack of cupcakes and less like the toned tummy that I work hard for! But you know what? They’re so worth it!  The Very Strawberry cupcake is probably the best cupcake I’ve ever had. The frosting literally tastes like you are eating fresh strawberries. Not only did I go two times last week, but I’m about to head there on my lunch break. Also, be sure to check out their happy hour where you can pair a glass of wine and cupcake for $10! Can’t beat that! 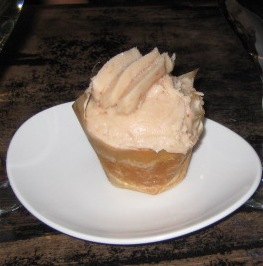 2. Buttercup Bake Shop: Peanut butter and jelly cupcakes? Check. Sour Cream Spice? Of course.  Red Velvet? Obvi! . The only problem with Buttercup is making a decision. I don’t want  just one. I want them all! 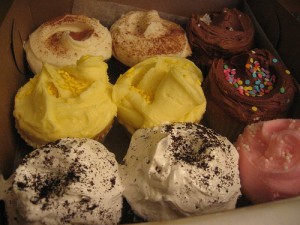 3. Billy’s Bakery: Billy’s is a great “staple” cupcake place.  I know for a fact that WhyDidYouWearThat and WhyInGayHell had  a little Billy’s cupcake party recently and were RAVING about these cupcakes. So, I’m not alone in my thinking here. Don’t believe us? Try them for yourselves! 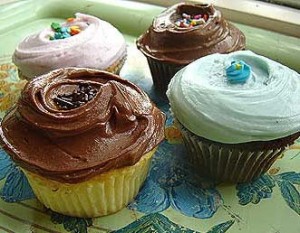 1. Red Velvet Lounge: Music + Alcohol + Dancing + Cupcakes = the recipe for success in my book. Who doesn’t want to munch on an alcohol infused cupcake (brought to you by Baked by Melissa) while shaking their booty on the banquette to a little Jay-Z? I can’t count the the number of times I have been out at a club dancing and drinking when all of a sudden I think to myself, “Dang, I want cupcake!”  This place has cracked the code thanks to Jason Lawrence and Cole Bernard’s brilliant idea of combining two of our favorite things: cocktails and cupcakes. So, please excuse me while I go and sip on my Ketel soda and munch on my vodka-infused cupcake. 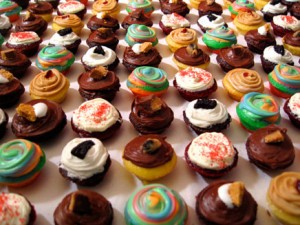 2. Butch Bakery: Look! It’s a bird. It’s a plane. No! Wait! It’s a beer-infused cupcake! Dare I say it’s yet another way to separate the men from the boys? Now men don’t have to feel guilty going and buying cupcakes. They simply have to go to Butch Bakery and buy a camo cupcake and never think twice about their masculinity. These aren’t just for the boys though! Don’t you dare try and exclude me from anything that has BACON on it. Oh yes, they most certainly do have a cupcake with pieces of bacon sprinkled on top! 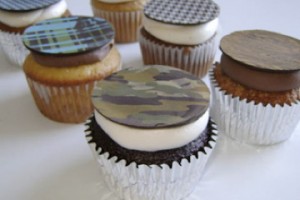 As mentioned above, I can’t leave Baked by Melissa off the list. Melissa, darling, I don’t know you, but please call me. I think we could be the best of friends. We could have a very mutually beneficial relationship in that you feed me your quarter sized creations and I keep eating them. That’s mutually beneficial, right?  With flavors like Mint Chocolate Chip, Cookies and Cream, Cookie Dough, and S’mores  there’s no need to ever go back to ice-cream. 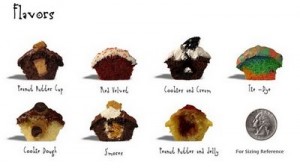 CRUMBS Let me tell you this: Just putting fun toppings on top of cake, doesn’t make it a killer cupcake! No, no, no, my friends! There is an art to it and Crumbs has tried to trick you all into believing good toppings make for a good cupcake! False.

I am now coming to the end of my cupcake rant and left feeling highly unsatisfied because I have zero cupcakes in my mouth or hand at this time.  Please, if you love me or even if you just want to shut me up then send over some cupcakes from one of the places that I have mentioned above. 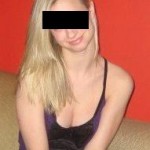 P.S. – Since my pizza blog two week ago, I have tried Motorino on 12th Street. It blows the 5 places that I listed out of the water. This is the first pizza joint to get a Michelin star and with good reason. It simply kicks some serious ass!