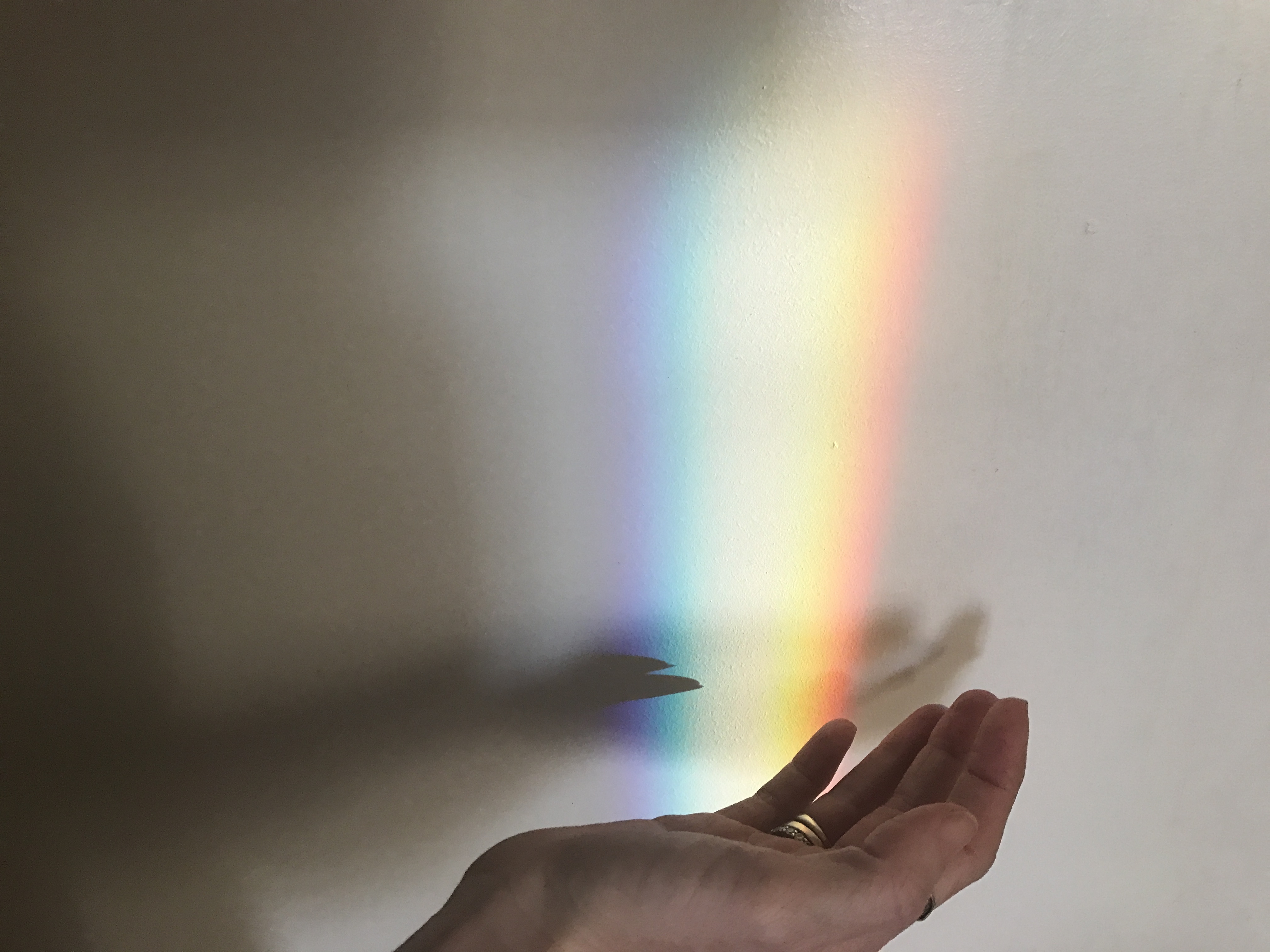 Where Are You?: Can You Kidnap the Willing? 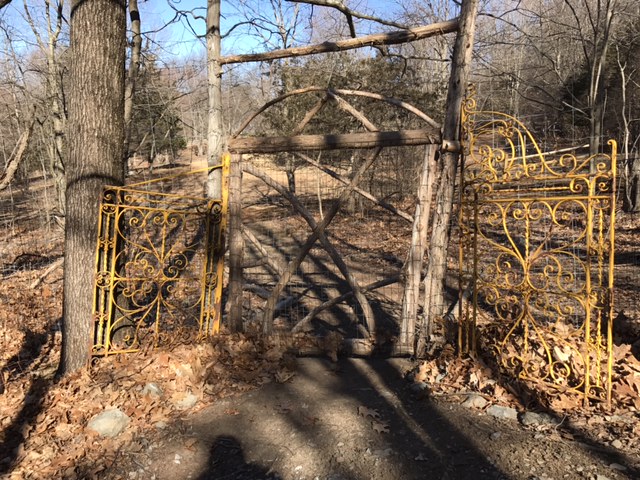 I dozed in and out of sleep late one Saturday afternoon.  A glass of Malbec half drunk on top of a stack of books on my mirrored night stand.  I toyed with the idea of drinking the remainder to send myself into a slumber for the rest of the day.  I really had nothing planned and there was no specific or urgent reason to leave the warmth of my bed– except maybe to pull down the blinds in an attempt to block the sun that was reflecting off of my neighbor’s window.

I rolled over and looked at my phone as it lit up at that very moment with a message.  Not at all who I’d expected, but intrigued, I typed in my passcode haphazardly.  Fat fingers.  Try again.

“Be downstairs in an hour.  Bring the dog.”

“By the way, what’s your address?”

I smiled.  An adventure.  Something I’d trade in the comfort of my crisp white sheets for.

I sent a message with my address, stretched beneath my duvet and then flung it off of me before stumbling to the shower.

I didn’t ask any further questions about where we were going or what we were doing.  I don’t know if it didn’t occur to me or I just didn’t care.  I put on my favorite jeans, a tight white ribbed shirt, and black lace up boots.  I gathered my dog’s leash, his bag, and my coat.  When I looked down at my phone, I realized I was already late.

“I guess you aren’t coming then?”

I quickly messaged back, “I’m on my way.” 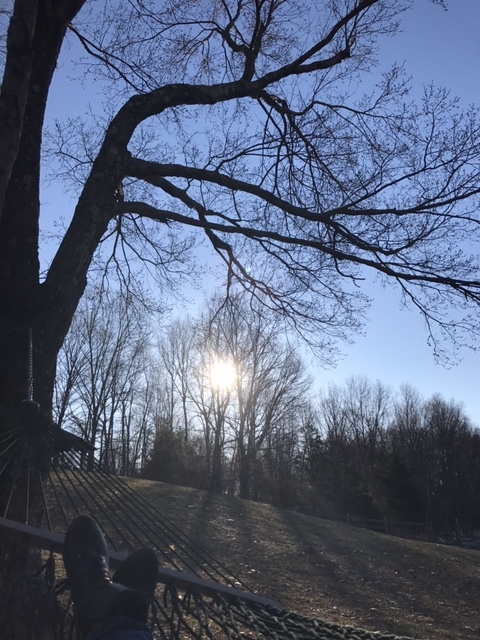 Downstairs, I spotted his car double parked and covered in salt from a recent snow.  I smiled and waved before opening the passenger door where I was greeted by his own dog, weighing twice as much as I do.  My tiny canine, typically the alpha dog, kept quiet.

I pulled on my seatbelt and he pulled out of his illegal parking spot and headed down the street.  We made pleasant chatter.  I asked about his recent vacation.  He asked me about what I was working on.  The sun was bright and I hadn’t brought my sunglasses so, I played with the visor to avoid squinting or just talking with my eyes closed.

I hadn’t thought much about where we were going.  A dog park?  A park in general?  It wasn’t until he kept looking down to check directions that I started to get a bit more curious.

“Do you even know where we’re going?”

“I haven’t been in a little while and I’m just checking the traffic.”

“So you’ve been to this mysterious place?”

He laughed, “Yes, they have great coffee.”

I kept quiet for a moment and then he said, “You don’t have anywhere you have to be for a while, do you?”

“I can’t believe how willing you were to just get in the car with me.”

I started to question my own judgement, which he seemed to sense.

“They have great coffee,” he repeated.

I guess it’s true what they say, time does pass when you are having fun.  Pleasant conversation lasted as the city grew further and further away and the scenery grew more and more rural.  Brick buildings replaced by barren trees.  After about two hours, we took an exit off of the highway and he drove probably too quickly down some back country roads that reminded me of home in West Virginia where I’d driven carelessly in my Cabriolet during warm summer days as a teenager. 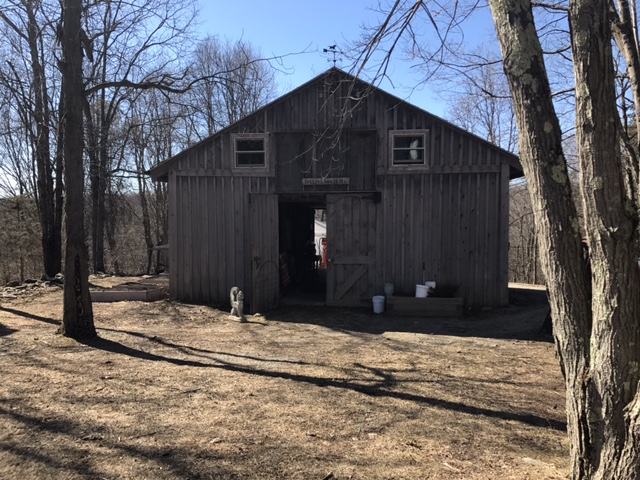 Several minutes later and we made a turn down a long gravel driveway where we ran over a large branch causing the engine to smell like it was on fire.  He laughed softly and looked at me sheepishly as if to assure me everything was alright.  Safely parked in the driveway, I was able to distract myself from the scent of burning rubber to the fact that we had arrived at the most charming farmhouse, coincidentally just as the sun was reaching “magic hour,” casting and even more majestic filter on the scene.

“Here we are,” he said letting the dogs out of the car to roam the sprawling, yet still barren landscape.

He smiled proudly and said, “Well, I’d help you with your bags, but…”

I smirked and said, “Yeah, thanks for the head’s up.”

“It’ll be awfully hard to do morning yoga in those jeans.”

“But what about my coffee?”

He winked, “You’ll get it in the morning.” 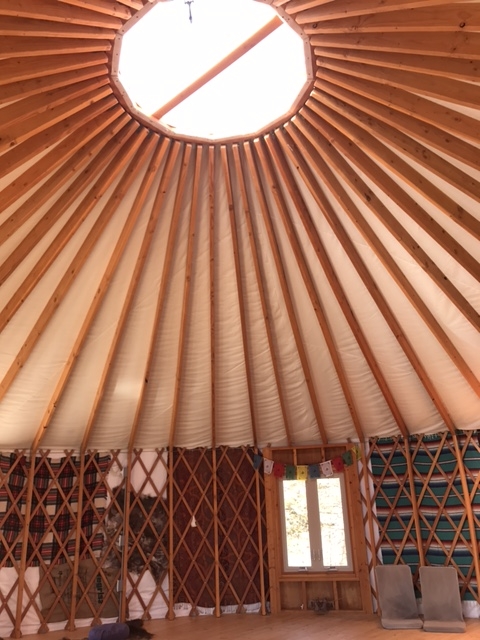 I hadn’t brought anything with me, but felt slightly relieved knowing I had, at least, a spare toothbrush in my purse.

Once inside, he began to unpack his canvas bags of groceries and asked how hungry I was.  I told him I hadn’t eaten all day and so he joked that he better start cooking right then.  I didn’t protest.  He opened a bottle of red wine– oh, how we’ve come full circle– and I sat at the kitchen island while he sliced brussels sprouts and prepared two pieces of salmon.  The only thing he asked of me was to put on some music and after toying with his complex system, I put on a mix of soft, relaxing sounds that wouldn’t distract from conversation, which flowed easily.

I set the table and asked where I could find more candles.  We ate and laughed, never missing a beat, like friends who hadn’t seen each other in years.

Having cleaned up, we made our way to the large couch, where he’d lit a fire and the dogs had claimed their own spots on opposite ends.  He picked up a guitar and sang, something I hadn’t known he could do, a song I’d never heard before asking if I had any requests.

I grabbed a nearby tambourine and momentarily lived out my dreams as a backup dancer, but once his fingers grew tired of strumming the guitar, we curled in to watch a movie, which neither one of us managed to make it through.

We must’ve woken up within near seconds of each other.  He smiled sheepishly, “Come with me.”

Too tired to protest, I took his hand as he guided me from the couch down the dark hallway, dogs in tow. 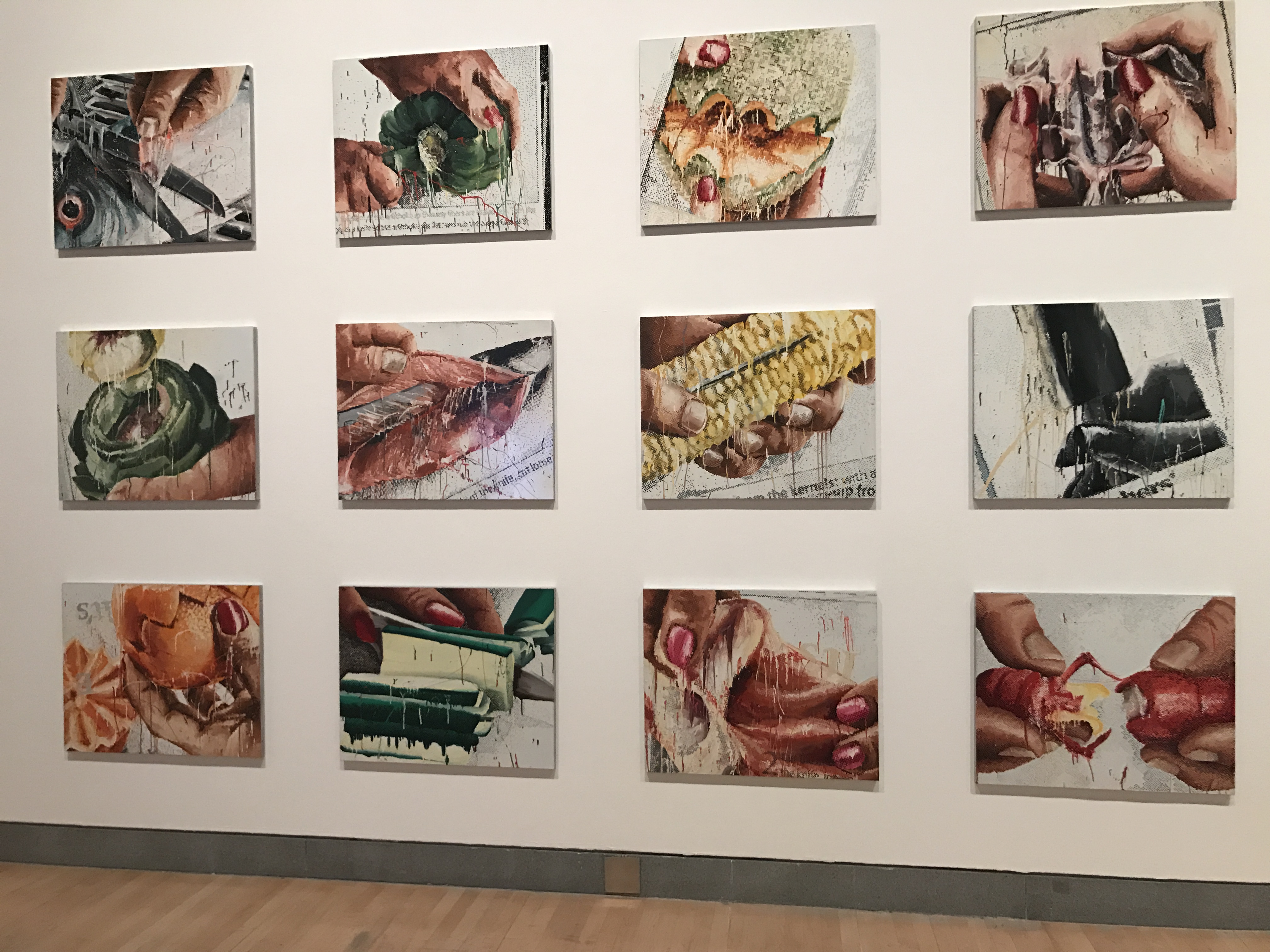 I walk through life with a smile

No one knowing what’s underneath

I keep the facade calm

You see my photos

You think you understand

Put me in a box

No one knows what the hell to do. 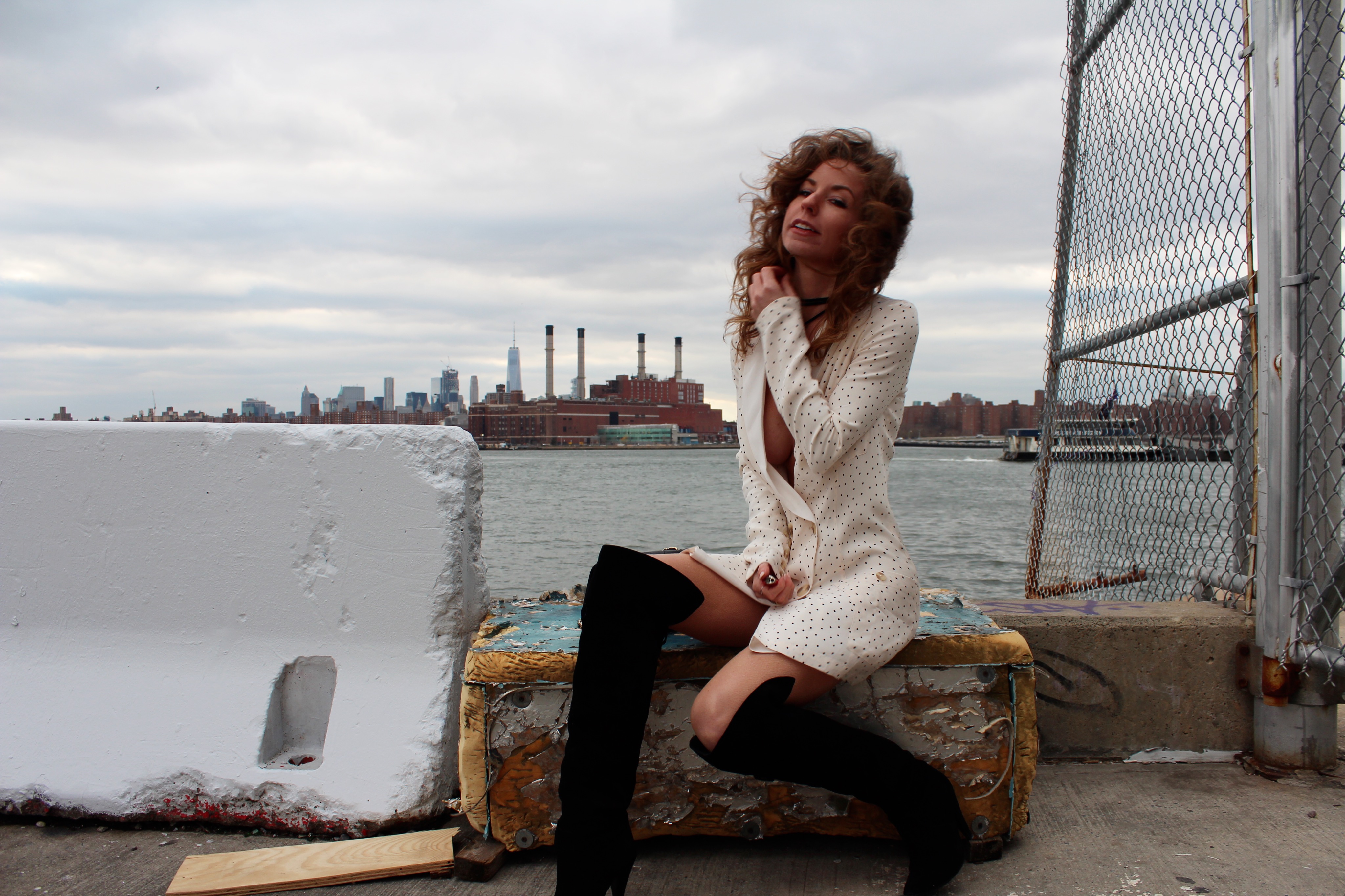 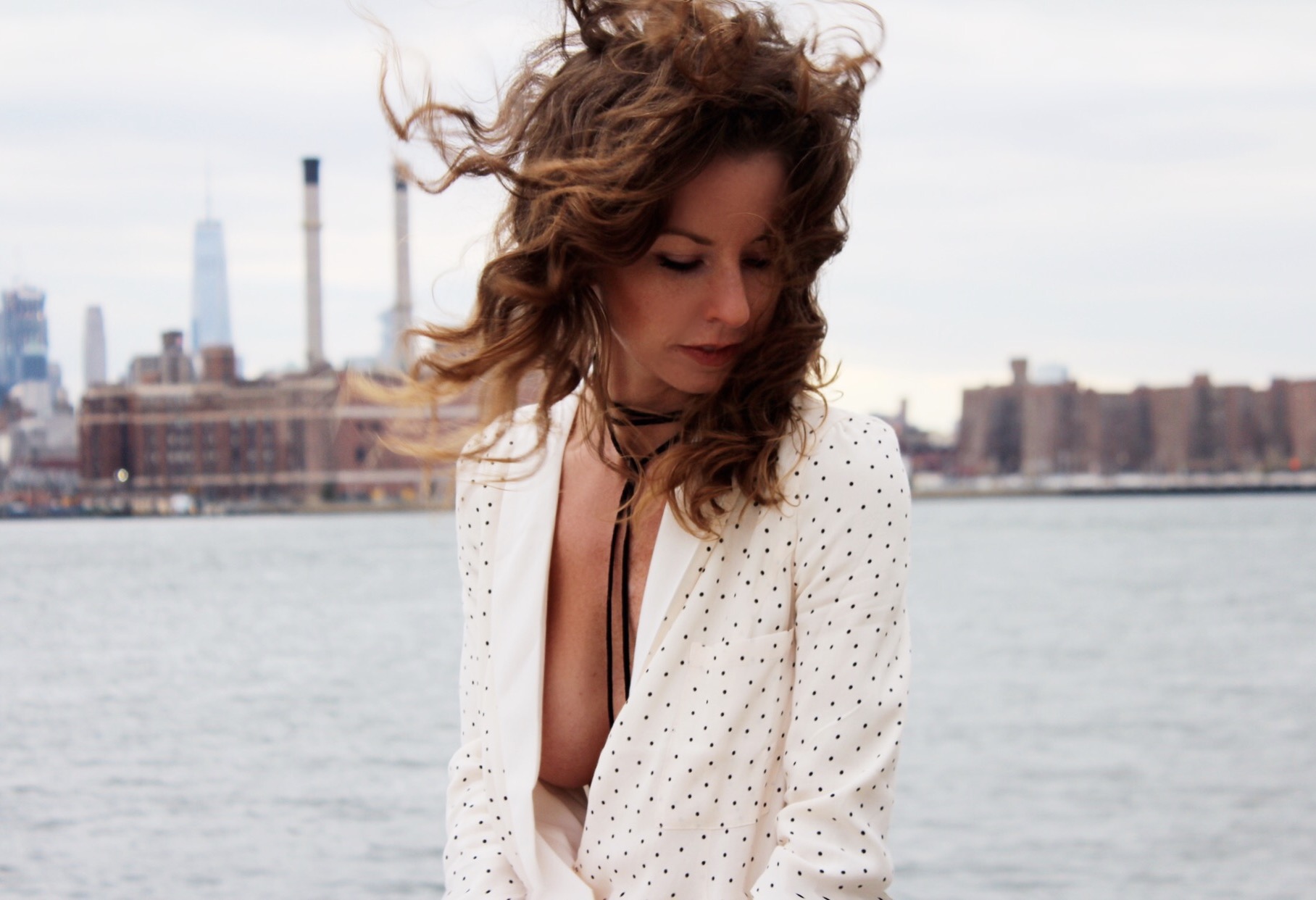 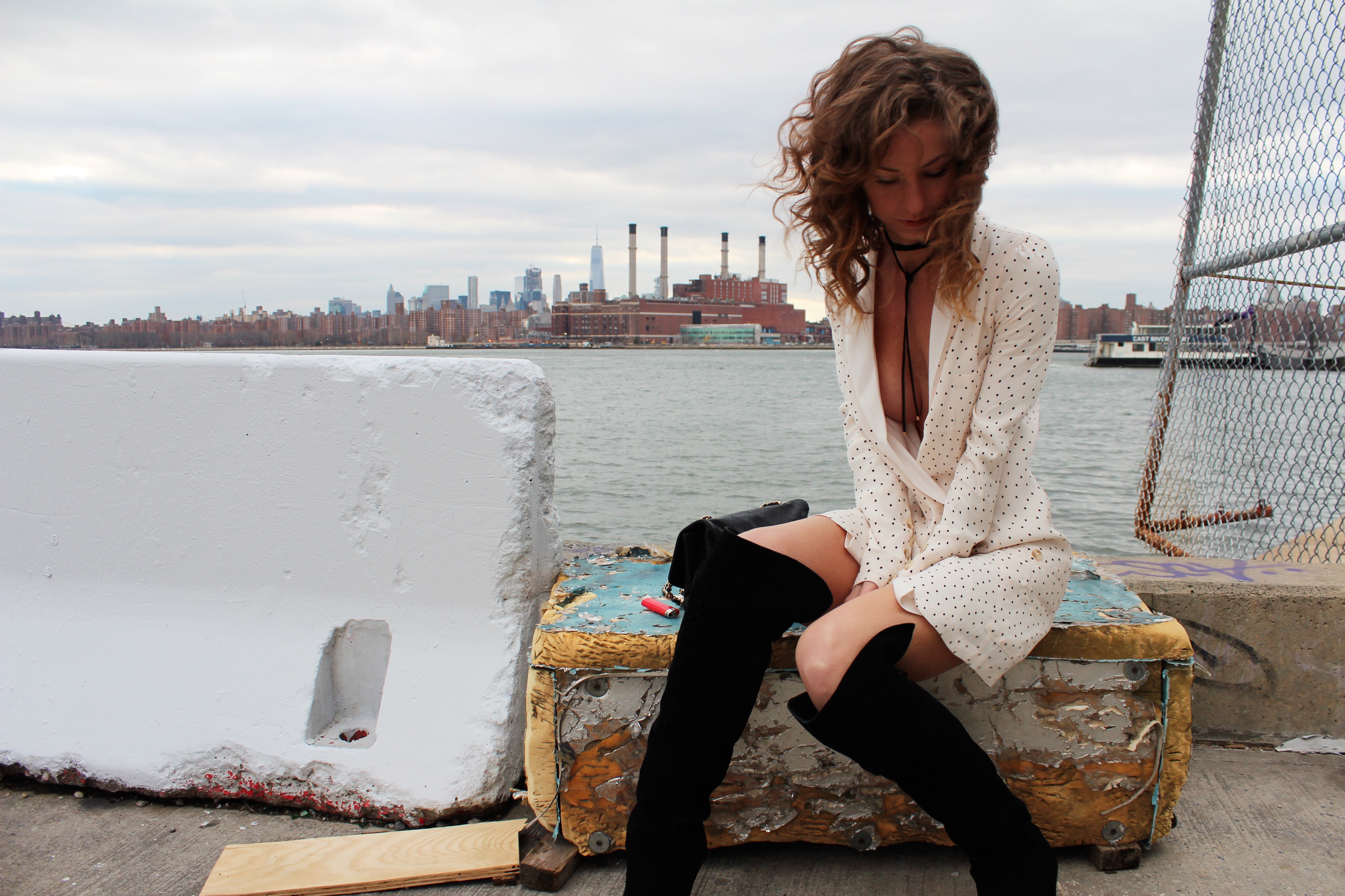 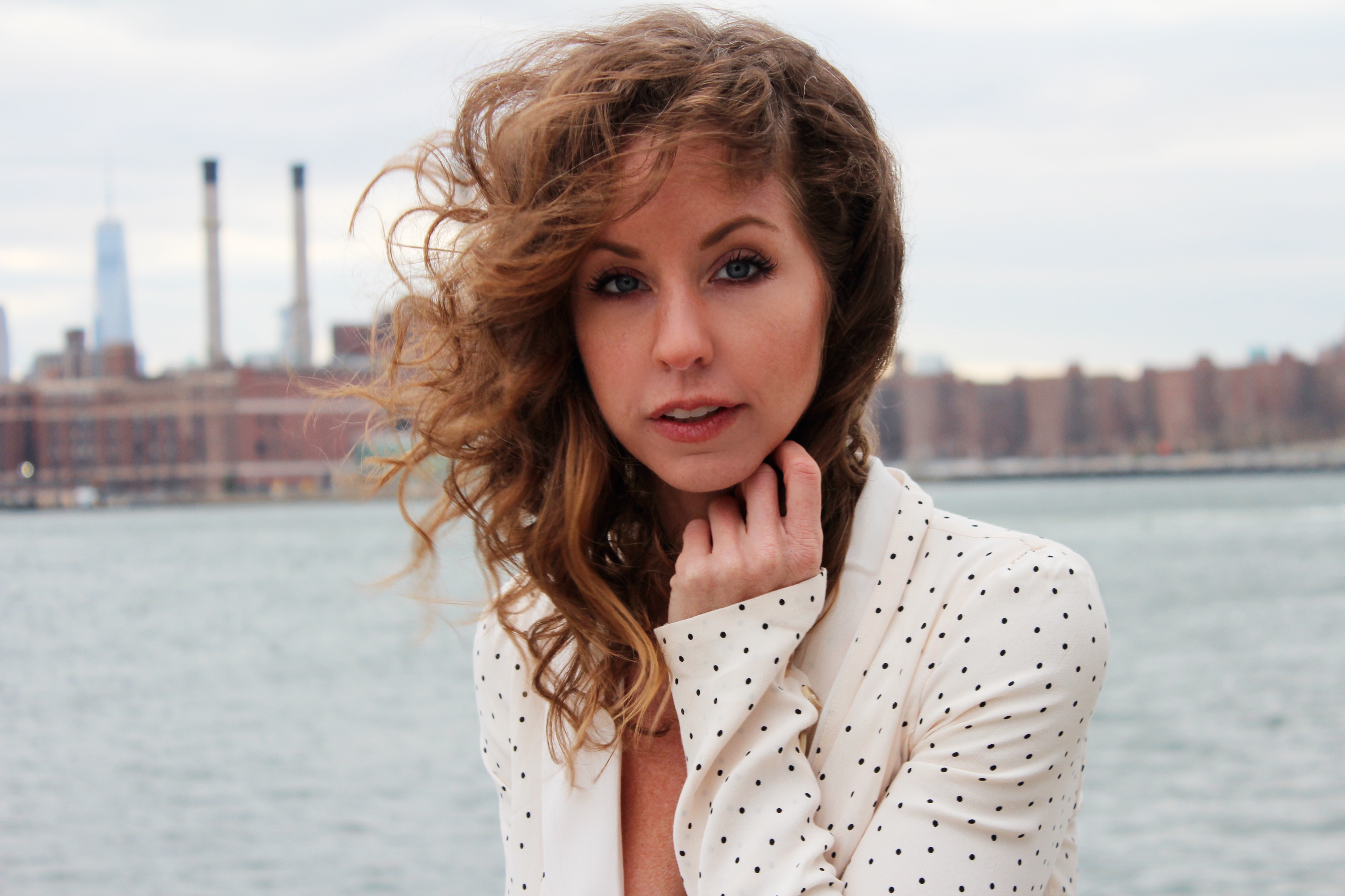 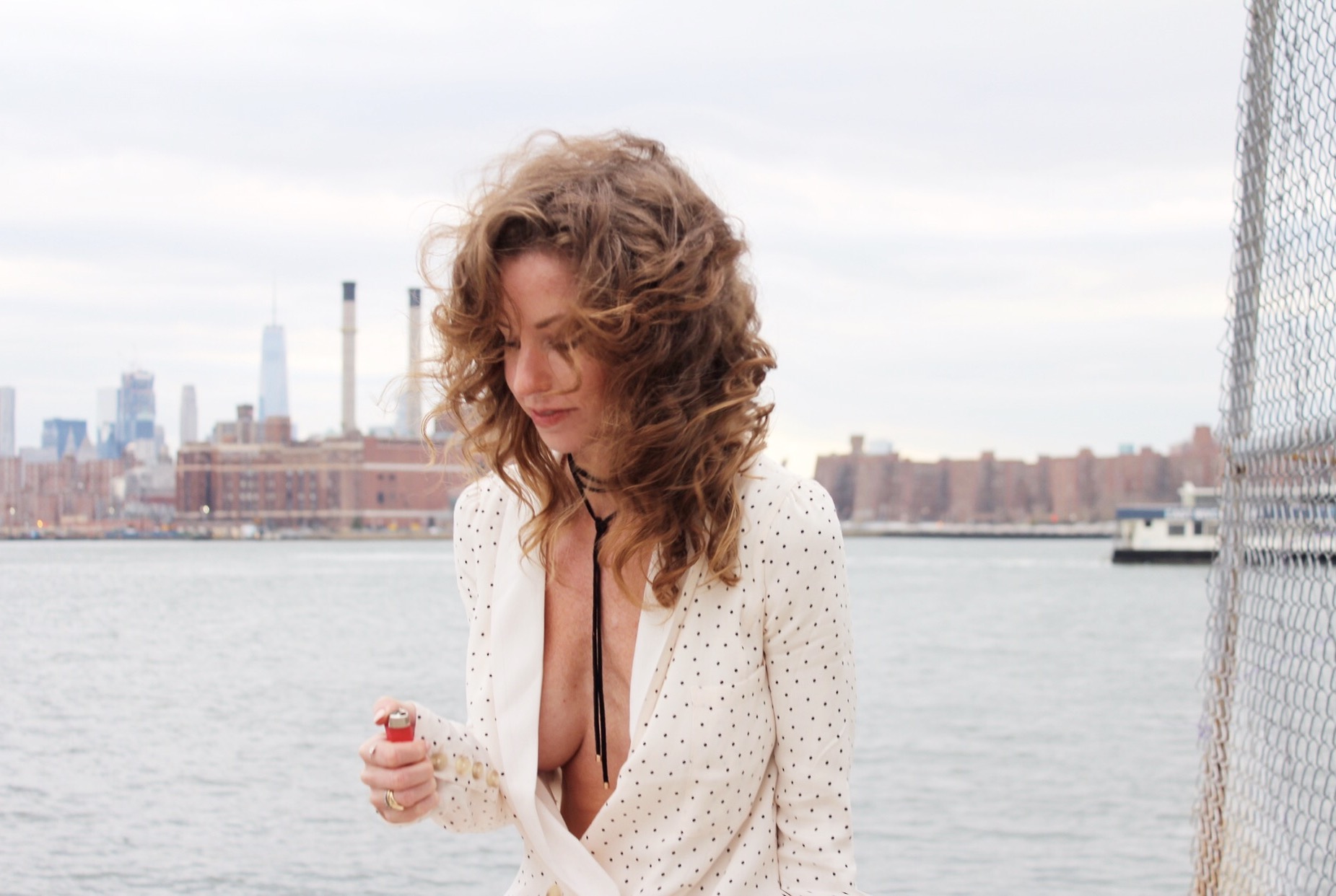 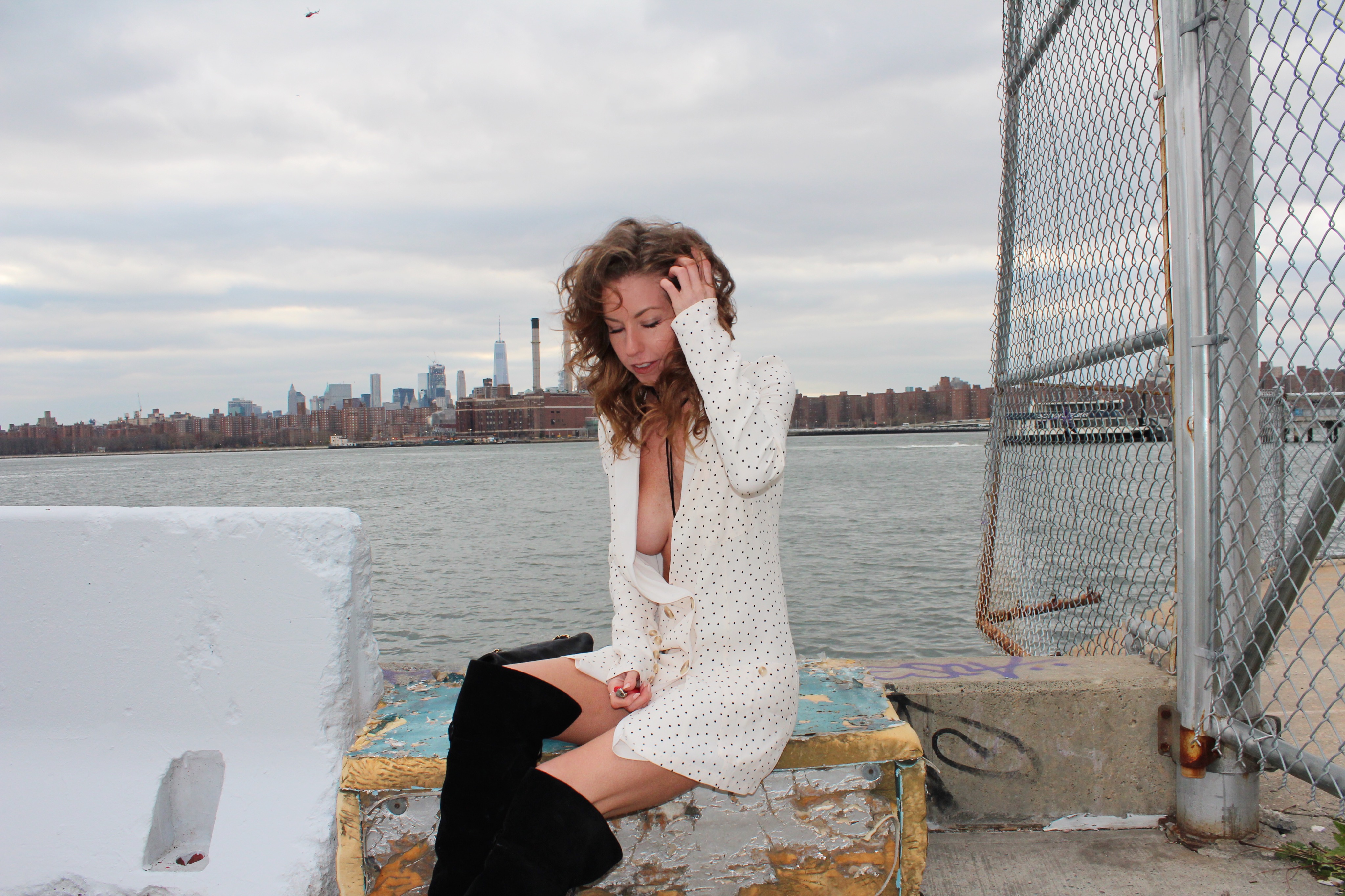 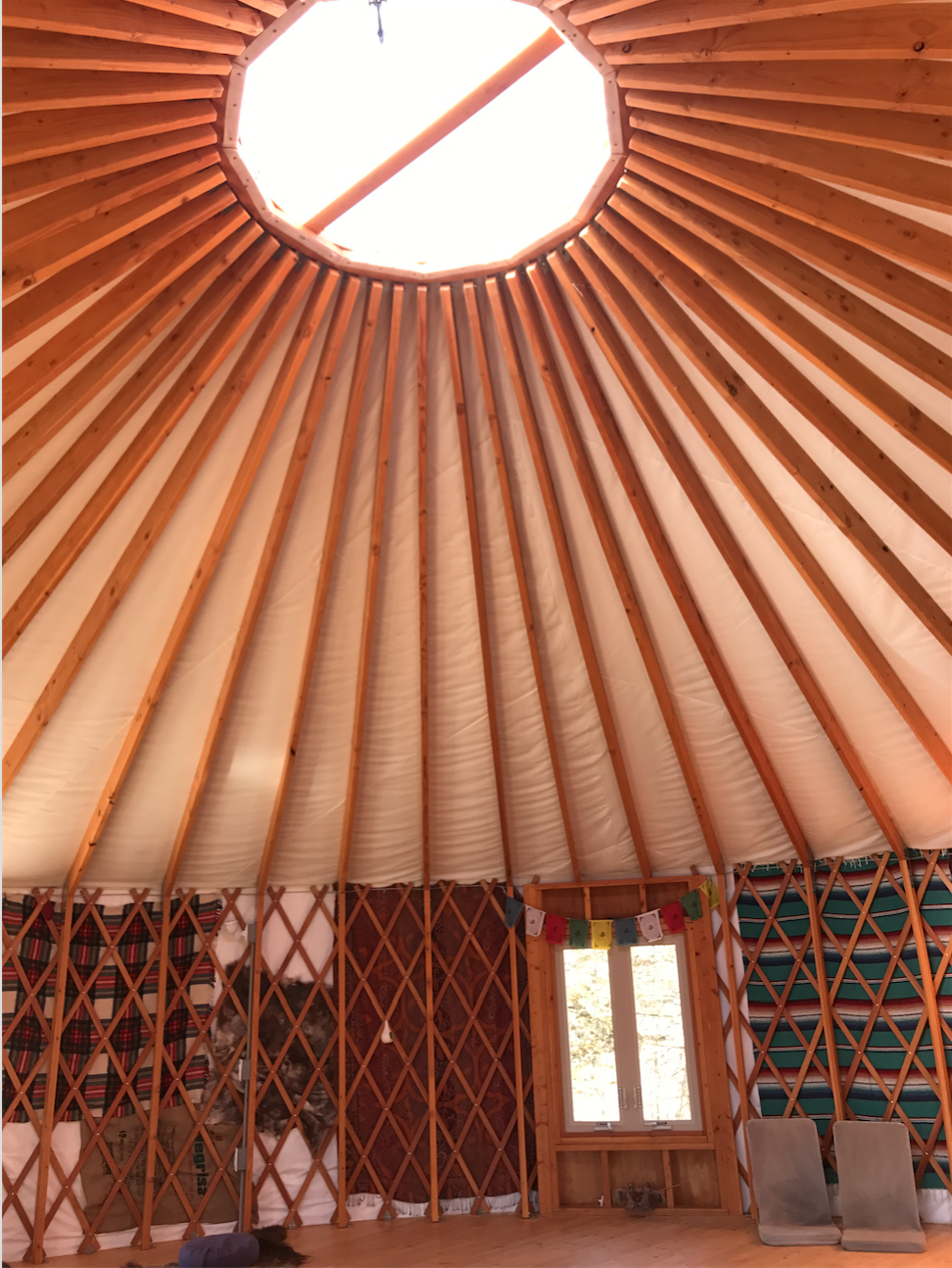 Writing is like an exorcism for all the voices in my head.