Why Did You Wear That: Strawberry Fields 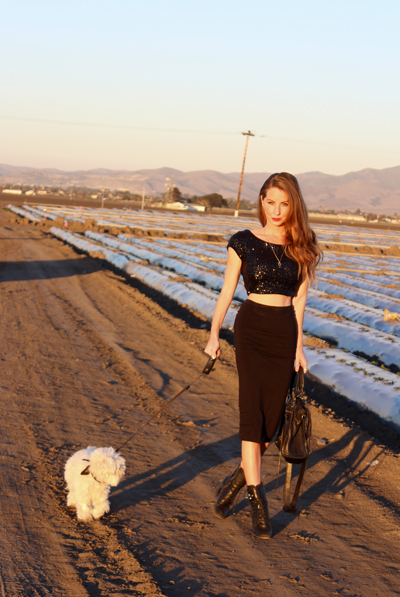 While the east coast froze during December and January, I was soaking up the sun on the west coast.  Most people automatically assume LA, but I was up north near the Salinas Valley also called “the salad bowl of the world”  which produces pretty much all of the greens consumed in the United States.  So, by all means, eat your vegetables.  This particular field is a strawberry field and wouldn’t you know it was all too fitting as the sun went down.  The sunsets are nothing short of magnificent in the valley and each night I was wowed by yet another color combination in the sky and bouncing off the hills.  On this particular late afternoon as we tried to capture “magic hour,” the sun cast a rose gold hue which only deepened as time passed and in turn, I now know what I’d look like as a redhead.

This was the outfit that I wore to ring in the New Year  (yes, I got Dick onboard the New Year’s Eve outfit train).  And while it was completely within reason on December 31st, I understand that some of you may not categorize sequin crop tops in the same manner I do- which is every day wear.  So, now you’re looking at this jazzy little number wondering when the hell you’re ever going to wear it again and should you just send it to your niece for her next dance recital?  The answer is no.  You see, Dick is a very logical man, therefore I had to rationalize with him as to how both the skirt and top were totally wearable in more than one way.  While this is how I would style a sparkly top for an evening out, in the next two posts, I’ll show you how to incorporate both a sparkly crop top and pencil skirt into your regularly scheduled wardrobe.  But for now, let’s just bask in the rose gold glow. 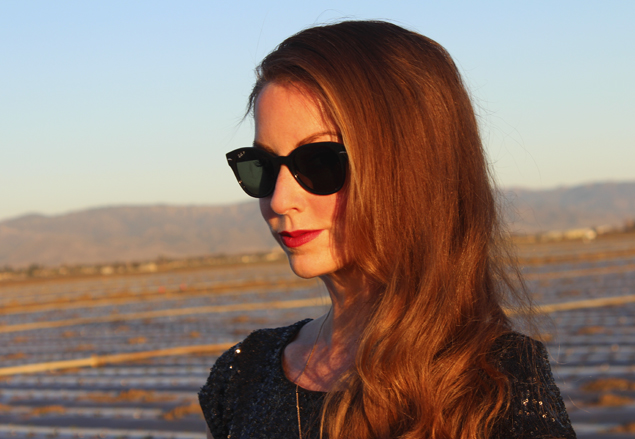 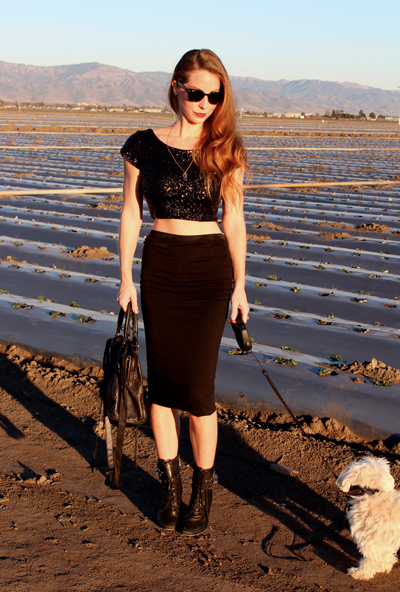 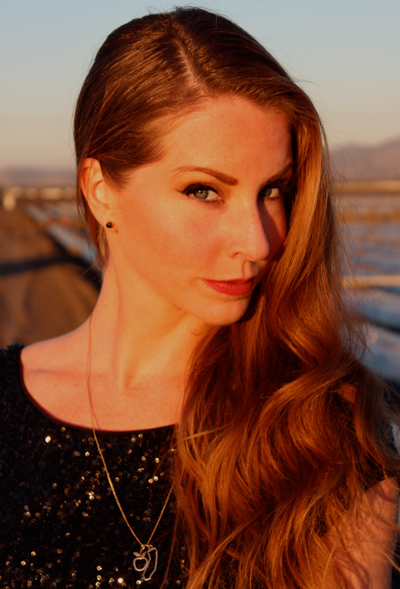 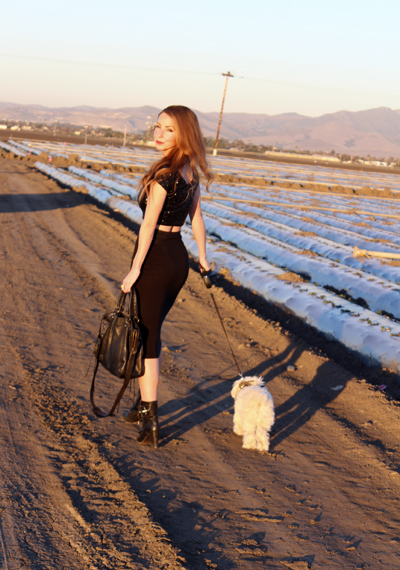