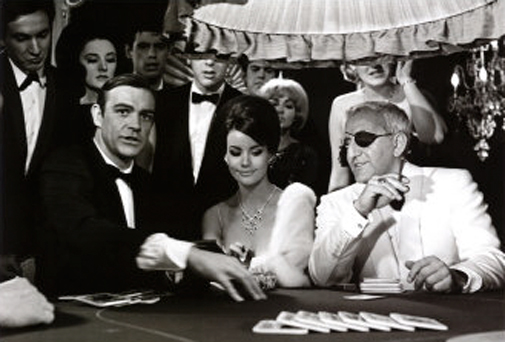 I read a quote the other day that said, “The most common way to fail is by playing it safe. ”  It sounds a bit contradictory at first, but may hold more truth than you’d initially think.

After a breakup, or failed experience, you are likely to be barraged with comments like “take what you learned from this and apply it in the future” or “this is only going to make you smarter.”  You probably just want to tell these well wishers to GFY.  Well, as it turns out, as long as your eyes, mind, and heart are open, there actually can be quite a bit to take away from even the most terrible of situations.

After a very traumatic breakup with the Don Draper of Wall Street (or least in his head), I felt wounded and fragile.  (You guys remember that one?)  He was a bit of a wild card and I knew what I was getting myself into from the very beginning, but I was suffering from ITIS (I Think I’m Special) syndrome and took a chance.  When my hand played out precisely the way one might expect I was not totally shocked.  To say I was upset?  Yes.  Hurt?  For sure.  Surprised?  Not particularly.

I sat out a few hands to recollect myself, but the next time I stepped up to the table to play a little love roulette, I opted to place a much safer bet. check out star slots for best instructions on how to not lose control when placing bets. When I took a gamble on the other end of the spectrum (a safe bet) and lost again, it was most certainly a shock. Instead of giving up, because of the difficulties in your betting experience, you must know that there are many different types of soccer bets to take part in. for many of them, you may have found the best for yourself. Probably more shocking and upsetting than losing a big bet.  How could I have been so careful, had such good odds and still lost?  I thought by aiming “low” or being conservative I might not hit the jackpot, but at least was going to win a lil somethin’.  I’d hoped for the best, took a gamble, and lost.

What I learned from both of these experiences is that it doesn’t matter if he’s the shiny, suave Wall Street type or the disheveled, artsy IT guy.  The big bet or the little gamble.  Anyone can hurt you or turn out to be a “loss.”  Having had bad experiences at both levels has made me tentative about making any decisions at all.  I tend to just sit and worry until the decision is eventually just made for me.  Well, that’s really no way to live. I seen a quote in an article in the online gambling news at EasyMobileCasino.com “There’s no way you will end up becoming a high roller just keeping your cards close to your chest.” It is very true, sometimes you have to just double down and put it all out on the table.

Just remember, a safe bet may be the most dangerous bet you can make.