Why Did You Date Him: Mr. Big Mistake 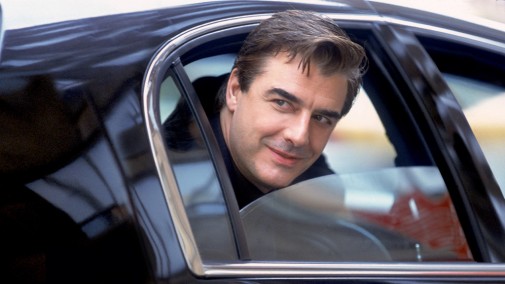 By now, it should be clear how much I enjoy Sex and the City (SATC).  Not really because it is soooo accurate (cause it kind of isn’t), but because it is so very well written and there’s a lot of great shoes.  Plus, what girl doesn’t like to commiserate with others about those dogs we called men who ruined our lives?  I could watch old episodes over and over and over… and as a matter of fact thanks to our bizarrely programmed HD cable box, I get to watch it on both east and west coast timezones (booyah).  And yes, that is just what I did yesterday.  All five of the last episodes were on (that’s three hours, kids) and I watched them all.  Twice.

I love so many things about the show.  I love that it’s shot in New York and not some stupid soundstage in LA. I love the witty banter and the situations that so many of us can relate to.  There is, however, one thing that I do not love.  His name is Mr. Big.  Don’t get me wrong.  I love Mr. Big as a character.  He could charm the knickers off a nun.  What I do not love is what he represents.  He is that one guy that every girl has dated.  The unattainable for whatever reason.  The one who broke our heart.  The one who got away.

If we were to use SATC as our bible (but who would do that, seriously?), we would be led to believe that some day our mysterious, elusive Mr. Big will magically reappear back into our lives and we’ll all live happily ever after.  The end.  Newsflash: that’s ridiculous.  When Mr. Big was a douche the first time, Carrie should have kicked him to the curb- for good.  But alas, much easier said than done.  So, fine.  We give the guy another chance.  Still a douche?

Rather than seeing all the good right in front of her (Aidan? Are you effing kidding?) she continues in search of something intangible.  She’s holding out for Mr. Big while simultaneously destroying any and all good that’s right in front of her face.  Sound familiar?  I get it, you don’t want to settle, but there’s a big (no pun intended) difference between “settling” and just being outright stupid.  Get your mind right, little one.  You can go clomping around the globe chasing your Mr. Big but he’s gonna chew you up and spit you out.  A guy who treats you poorly once, always will.  You’d be much better off finding someone who loves you from moment one.

I remember right before my first “real” date with my now fiance.  I wasn’t sold on the whole idea to be honest, but my friend said to me (and I will never forget it), “This is what it looks like when a guy really likes you.”  And she was right.  He pulled out all the stops and really tried.  Once she said that to me, it was a game changer and in some ways, I have her to thank for the way things turned out.

And no, I’m not up on some soapbox just cause I happened to get lucky by meeting the male version of myself.  I’m down in the trenches with you single ladies because I get it.  Hell, I’ve been right down there with you.  I have dated in one of the toughest cities to date in: New York City.  Am I right, ladies?  There I dated some of the biggest douchebags on the planet.  I’m not kidding.  You can check my references.  I’ve been through relationship troubles that would make your stomach turn.  The reason I’m going on and on is because you ladies are beautiful and special and wonderful.  Why on earth would you EVER want someone who didn’t recognize that immediately?  Who wants a guy that took a billion years of hemming and hawing and testing out the other goods before realizing you were “the one”?

You’re better than that.

So my advice to you is to watch SATC for the clothes and Samantha’s sexy boyfriend, Smith rather than for any real life love advice.  It is a TV SHOW afterall.  And for those late adopters, 1. better late than never, 2. go out and splurge on the DVD’s. There is a lot lost in the editing for cable TV (listen, a nipple can go a long way).