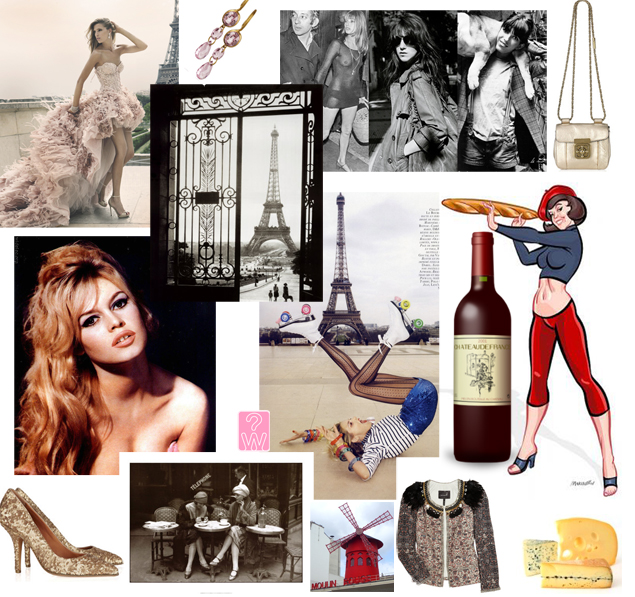 Speaking of Paris, why not be inspired by the magnificent city?  I have never been, but in my  head it’s the only city that might rival New York.  There is just something, that je ne sais quoi if you will, that makes Paris so sexy, so chic.  Maybe it’s the French women and their no frills beauty or the French’s ability to be both self entitled and nonchalant at the same time.  Whatever it might be, I have always been intrigued by this magical city (the whole country to be quite honest) and some day I will “bon voyage” there.

Having studied French all through highschool (Spanish was full) and college, I still barely speak a lick (un petit peu).  I even got Rosetta Stone a couple of years ago and swore that when I finished I would pack a bag and head on over.  Somehow, that just didn’t happen, so I’m going to have to go with the “immersion theory” and just dive on in.  I do, however, know how to say “window shopping” (leche vitrine).  That’s gotta count for something, right?