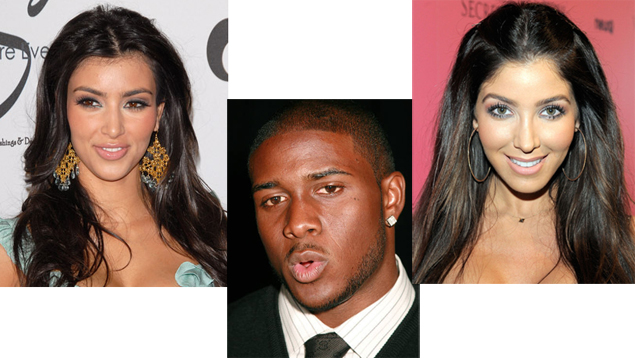 It’s true, most people have a “type” which might consist of words like “tall”, “blonde”, or “athletic” but it’s very rare that someone has a type so terribly specific that it seems as though he’s dating twins.  Well, let’s give Reggie Bush a warm round of applause because he has take the term “type” to a whole new level. 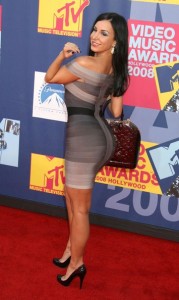 Now, I swore I was done talking about Kim K on WhyDid, but this was too startling to ignore.  While Ms. Kardashian has clearly moved on from her breakup with New Jersey Nets player, Kris Humphries… (Have you seen her rock? Have you seen her registry?) It seems as though Reggie is stuck on repeat.  It raised eyebrows when he was rumored to be dating “model” Mayra Vernoica, but recently he stepped out with a lady so strikingly similar to his ex, Kim, that people started to wonder if this was merely a coincidence or totally creepy.

You may remember Melissa Molinaro from the Old Navy ad that had everyone talking about what a resemblance she had to the curvy Kardashian.  I remember her from the terrifically tacky but oh so addicting The Pussycat Dolls Present Girlicious.

So this begs me to ask: Is Reggie simply a man who knows what he likes or is he settling for a Kim K replacement?