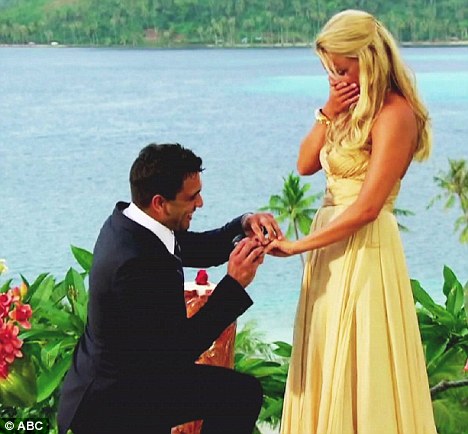 So now that we’ve all recovered from The Bachelorette Season Finale on Monday night, let’s dissect it. I mean, we all knew she was going to pick Roberto from the get go, so who are we kidding? Those “choosing single” rumors were merely cover up for the blatantly obvious choice. Besides, there was no way in hell a girl like Ali was going to choose being alone.

Of the past 17 seasons, only two couples have actually wed (Trista and Ryan and Jason and Molly – not the original pick, FYI), so this would lead me to believe that there is a common thread here. I mean, despite the fact that 85% of these people are just trying to become famous or further their careers, the entire season is taped over the course of a mere three weeks! Who the HELL falls in love that fast? 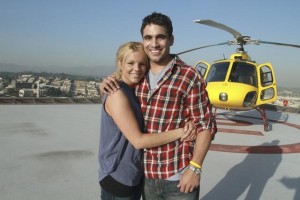 Well, the good folks over at ABC have cracked the code on how scientifically people fall in love (and have fully exploited it). By putting said bachelors and bachelorettes in extremely romantic locations and and forcing them to do things like jump out of helicopters and go for hot air balloon rides (which I have done and have plenty to say about it- more on this later) they are tricking their brains into feeling love. Don’t believe me?

Adrenaline, dopamine, and serotonin are all released when the brain experiences the first love pangs (also known as attraction). All of these chemicals being released actually change the way people’s brains work. During this beginning stage of love, couples tend to be “blind” and exalt their relationship. All of this happens before actual attachment has even occurred. Meaning, that while these people may have very strong initial feelings for one another, these could easily wear off and suddenly they awake with a love hangover.

So, I will wish my best to Ali and Roberto, but let’s see how they do after spending some time doing “real life.” All the boring mundane things that life is actually made of. Let me know how much you like Roberto after picking up his dirty gym socks for a few weeks.