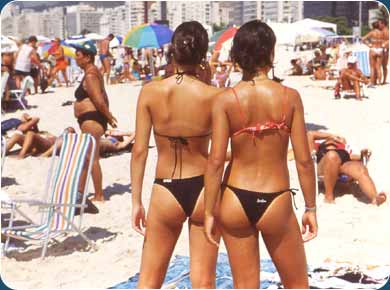 As we all know, there is no quick fix for losing weight (well, at least not one that doesn’t involve scalpels and lasers).  However, there are things they may aid in your battle with the bulge. One of these little tricks is an old South American tradition that is as easy as switching from coffee to tea.

South Americans are known for being fit and sexy.  One reason for this, other than genetics, could be attributed to a daily ritual involving drinking a tea made from a species of holly called yerba mate. The leaves are collected, dried, steeped in hot water and then sipped from a dried gourd through a bombilla (fancy straw).

So what is all the fuss about?  Well, yerba mate gives you energy like coffee and other caffeinated drinks, but without the jittery feelings and a more sustained effect.  Researchers have also found that yerba mate is rich in antioxidants, vitamins (including A, C, E, and B’s), and minerals (iron, calcium, potassium, and zinc) as well as acting as an anti-inflammatory, antispasmodic and yes– what you’ve been waiting for– a thermogenic (burns fat).  Additional benefits include mental clarity as well as acting as a mood enhancer.

While people still drink yerba mate the traditional way (a la gourd and bombilla) you can also purchase tea bags for easy brewing. Like other teas, it can be sweetened with sugar or honey (I prefer mine with a little lemon).  So if you’re willing to give up your morning coffee, I really can’t see the downside.  It’s cheaper than Starbucks.