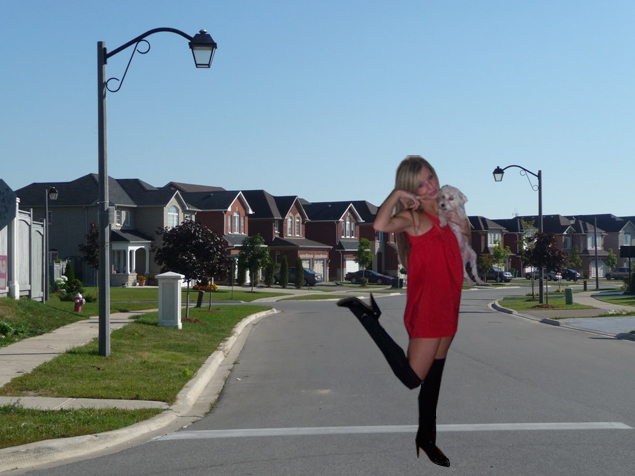 A couple of years ago, I was itching to make my final exodus from New York City.  You see, we’ve had a fairly emotionally abusive relationship.  When it was good, it  was a twenty-four hour honeymoon, but when it was bad, I wanted a divorce.  The things I once loved became those that I loathed.  The city will beat you down and bring you to your knees and when you’re just about to give up, Spring arrives and you are reminded, once again, why it is you fell in love with this glorious city in the first place.

I never even wanted to live in New York.  As a matter of fact, I was certain that when I graduated from college I’d be on my way to sunny California.  But Dame Nature (that silly bitch) had other plans and in a twist of fate, I landed an internship at Escada my junior year of college.  One summer in the big city and I was sold.  California who?

You see, New York is the type of place that you either love of hate, sink or swim.  If you happen to be one of the ones who loves it, it gets under your skin and there is no way to shake it.  Ever.  Any other city is second rate.  While Los Angeles has the sunshine, it’ll never compare.  Sorry, San Francisco, you’re a beautiful city, but you’ll just never do.  There is one city that reigns supreme… and that’s the Big Apple- despite all its flaws.

Well, a couple of years ago, New York and I had a trial separation.  I left the bright lights, tall buildings, and bad attitudes for the other coast.  I thought I was ready for a quiet, “normal”, simple life.  I thought I was done with New York.  It was great to give Smitty a yard and a place to stretch his furry little legs.  I enjoyed living in a space larger than a walk-in closet.  I wanted to love it.  I tried to love it, but there was nothing for me to do.  I was completely unstimulated.  I had no friends and no common interests with anyone I met.  I found that I got enraged by people who had no clue what The Met is and no interest in finding out.  I couldn’t take seeing one more person wearing Patagonia and the straw that broke the camel’s back was when I realized I hadn’t worn heels in six months.  I was a square peg trying to live my life in a round hole.  I gave it a shot, but finally came to terms that I was trying to live a life that wasn’t for me.  Besides, we all have done crazy things for love.

I realized that a place that may feel scary and overwhelming to some, felt safe and familiar to me.  Another girl could be writing this same post saying that she hates the city and she finds it to be dirty, loud, and abrasive.  It isn’t about which is better: the city or the suburbs.  It’s all about finding the place that fits and feels like home.