Would You Wednesday: Cash for Class? 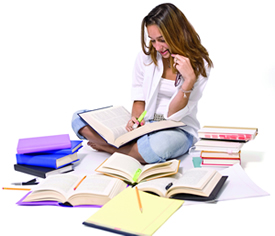 It seems that the price of higher education is getting steeper and steeper both literally and figuratively.  The Huffington Post recently did a piece exposing a startling new trend in  how young ladies are paying off their student loans.  Rather than being burdened with tens of thousands of dollars worth of debt, these cute co-eds are instead making “arrangements” to have their debts wiped clean merely by spending some “time” with gentlemen who have the funds for their tuition.  These guys, referred to as sugar daddies, will happily plunk down the cash for class when their “sugar babies” spend a little time with them.  There are even websites sprinkled all over the world wide web that cater to these exact arrangements.  (I’m clearly not going to link to them because this whole thing is so ridiculous).

You’re probably asking, “Is this legal?”  Technically, yes.  Though it sounds like watered down prostitution to me, as long as there is no advertising of the “exchange of services” it’s fair game.  What happened to paying for tuition the good ol’ fashion way?  Stripping?

In all seriousness, doesn’t it seem a bit crazy that young women are being forced to become modern day concubines because they can not even afford to pay for a degree that may or may not even land her a job once she graduates?  In a society where we push unnecessary master’s degrees on 20-something’s (that’s a whole ‘nother can of worms), aren’t we really just perpetuating the problem?  With tuition rates on a steady incline (upwards of $30K on average) as well as the unemployment still on the rise, are college bound beauties destined for failure?