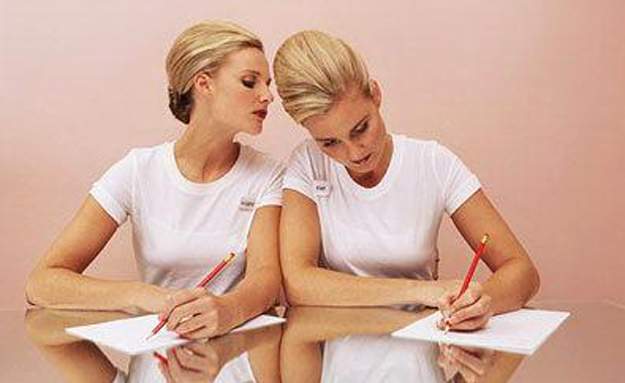 They say “imitation is the sincerest form of flattery.”  First of all, I’d like to know who “they” are.  Probably people who like to copy.  Also, I’m going to go ahead and beg to differ.  Being copied (also known as being ripped off) is a lot of things, but flattering probably isn’t the first word that comes to mind when it’s happening to you.  Frustrated, disappointed, disgusted, pissed.  Those are the words that spring into my head.

Whether someone is copying the way you dress, the way you talk, your mannerisms, or quite literally copying your work, being copied is downright infuriating.

Last week, a link was sent to me from a friend.  When I clicked on it, I was incredibly disheartened to see a post that was basically screen captured from the pages of WhyDid.  This wasn’t the first time a situation like that has happened, but in this instance it was especially upsetting.  Said individual was profiting financially by hijacking my work.  Sadly, in the world of blogging, it is difficult to regulate this type of piracy.  I’m not alone in this either.  Emily from Cupcakes and Cashmere suffered from a similar situation last week as well and I get the inkling that there are dozens more of you who can relate.  Luckily for us, there is a little something called “intellectual property” and there are lawyers out there who specialize in this category alone due to the ever expanding presence of the internet.

Every day, I work hard to create original content for my readers.  Integrity and originality is something that truly matters to me and while it may be much more time consuming in many ways, at least I can sleep at night (after I’m done blogging, of course).

Rather than dwell on this tacky incident of copied creativity,  I have decided to gather a few blogging guidelines and courtesies so that we all may blog and tweet and tumbl in a more peaceful world.

The above are just the tip of the iceberg.  If you’re interested in learning more, check out these ten rules for responsible blogging.

While, this time I was able to channel my anger into a positivity, the next time I see one of my carefully constructed posts on someone else’s blog, I’m not sure I’ll be able to be as mild mannered… especially since I know you’re reading this post…