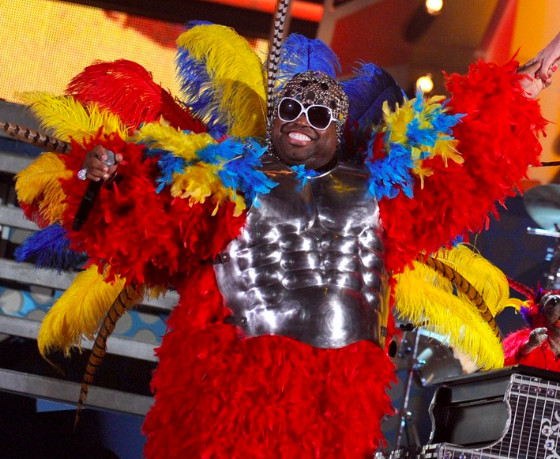 Let’s first talk about how obnoxious it was that the West Coast had a delayed viewing of the Grammy’s.  I already knew who wore what and who won what before seeing a second of footage.  So basically, I watched the Grammy’s twice.  This theme carried throughout the entire evening.  Seemed that everything was coming in pairs- aka- twice the pain. 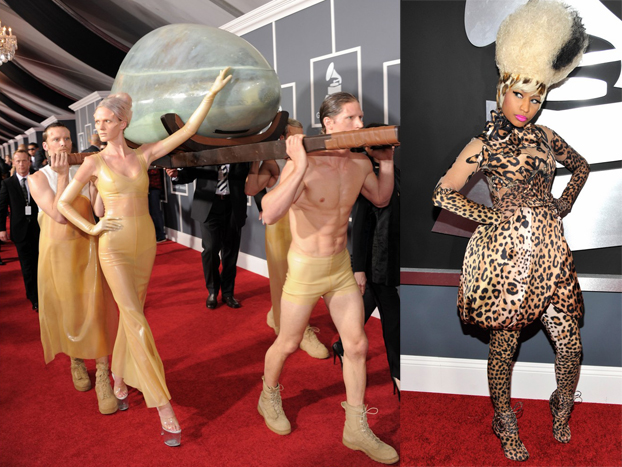 The “buzz” for the evening was Lady Gaga arriving to the awards in an egg.  Yep, an egg.  Apparently, she was “incubating.”  I mean… I can’t.  I give people credit for being different, but sometimes trying too hard to be “different” merely makes you the same as everyone else.  I don’t want to point out the obvious, but that performance by Gaga was pretty reminiscent of a very “materialistic” pop icon who was once known for being “innovative” herself.  So, now I turn to you Nicki Minaj.  What are you trying to pull?  Why must you try so hard to shock us with these crazy get ups?  If you’re going to attempt to catch our attention, you’re gonna have to work a wee bit harder when you’ve got Lady Gaga walking the same red carpet as you. 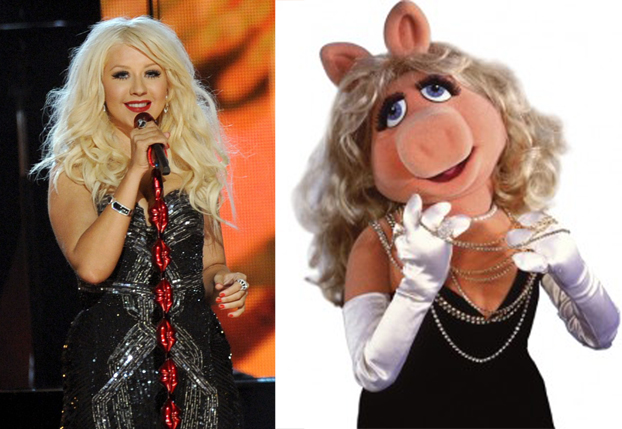 A group of incredibly talented and lovely ladies paid tribute to the amazingly talented  Aretha Franklin.  While they did a fantastic job rounding up gals with some serious pipes, you can’t help but notice that Christina Aguilera blew them all out of the water.  It’s a good thing that Ms. Aguilera is talented because the way she’s been looking lately is just frightening.  I can’t help but think she looks a lot like a certain pork filled childhood pal… 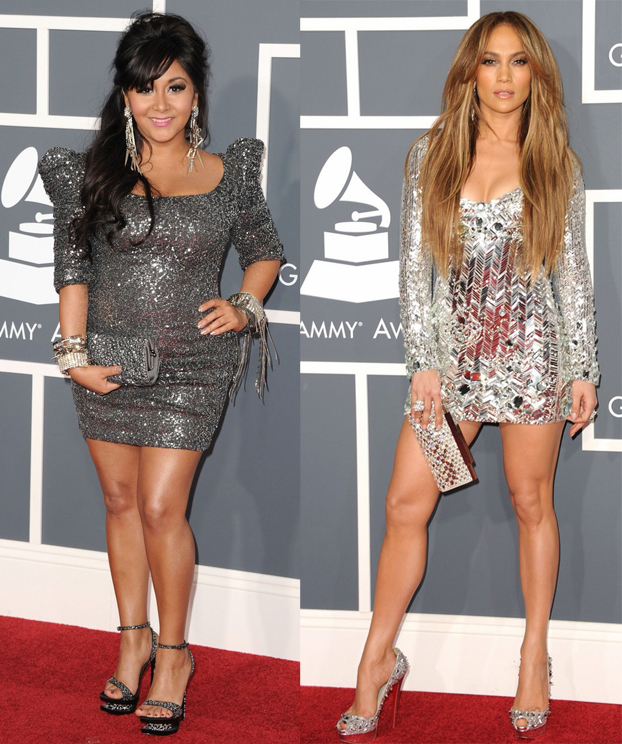 Okay, so Snooki will never actually look like JLo.  However, Jenny from the Block may want to make sure her stylist isn’t moonlighting as Snooki’s stylist, which is very possible because Snookster looks a lot better than her usual hamster self. 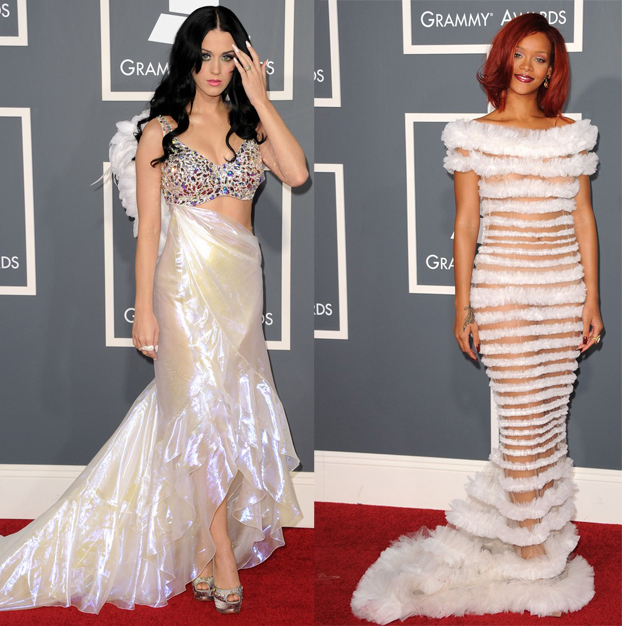 Besties Katy Perry (in Armani) and Rihanna (in Jean Paul Gaultier) opted for white.  Both also opted to look like they were wearing costumes.  Katy is clearly an angel (see the wings?) and RiRi is most obviously a furry white caterpillar, duh. Guuuuys… this is the GRAMMY’s, not Halloween! 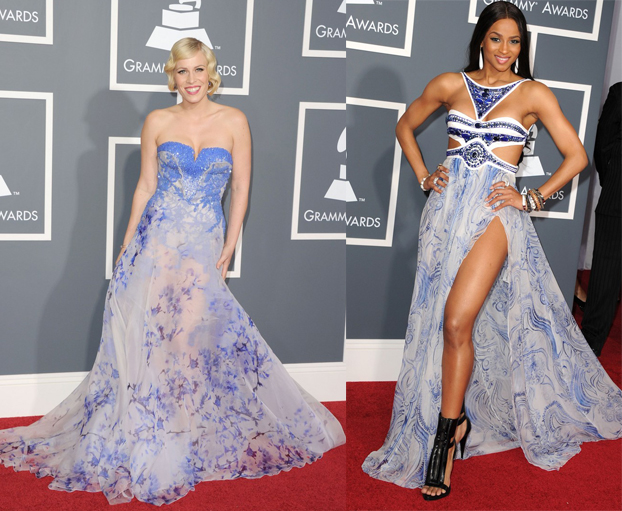 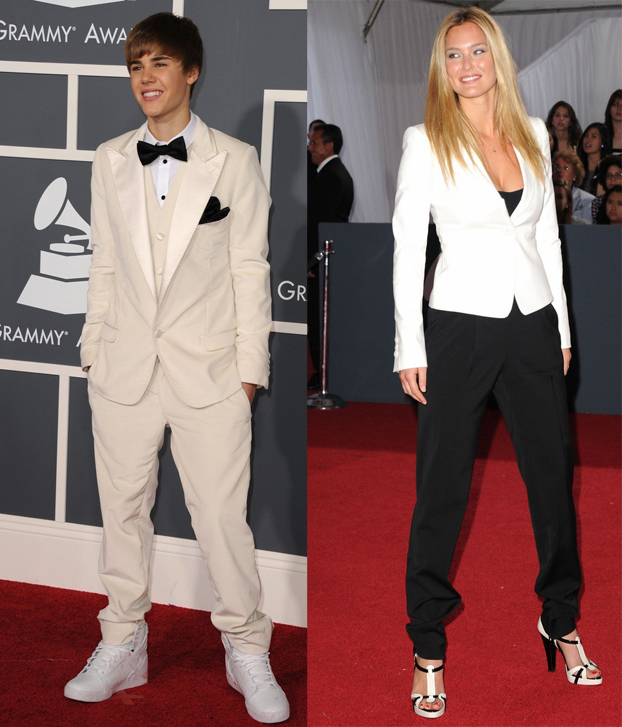 So, while, I did tune into the Grammy’s this evening, I’m kind of wishing I hadn’t.  Lucky for me, I DVR’ed it.  So, in reality, I could watch it a third time.