Why Did You Date Him?: Attached at the Hip 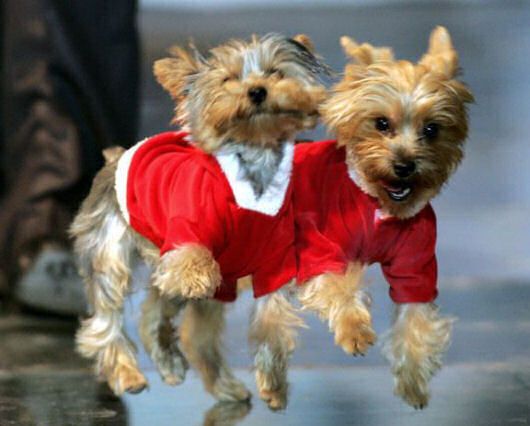 Recently, I’ve seen a lot of shows including “man caves”, girls’ nights out, and fellas griping about the old “ball and chain.”  (This may or may not have something to do with the continuous loop of HGTV shows we’ve been watching). I’m a bit put off by all three of the former terms.  First and foremost, I need to understand a man cave. What is it that goes on inside of said “man cave” that must happen within those confines?  Why can’t these goings on take place in, say, the living room?

Also, I enjoy a cocktail with the girls as much as the next woman, but I never feel like I’m going to explode if I don’t get away from my man and have a cosmo in my hand in the next five minutes.  I don’t need to spend the next three drunken hours discussing the very same men that we were itching so hard to get away from. I can’t imagine dating, let alone being married to someone who I didn’t genuinely enjoy being around.

My man friend and I are starting to become the real life  Alex and Simon from The Housewives of New York City, except about 450,000 times less creepy and I’m 157% certain my love is not playing for the other team.  Since we started dating, we haven’t ever slept a night apart. Basically, I came to visit him and just never bothered to leave. Some may think that is strange, but there is quite honestly no one else I’d rather spend my time with (except for Smitty).  Being around him is like being with myself.  A good friend of mine once told me that when you are with the “right” person, it’s like being all by yourself.  No, she didn’t mean you are sitting there talking to a brick wall.  What she meant was that there are no airs. There are no expectations.  You are being fully and completely yourself. There’s no show and you don’t have to be on your best behavior until the credits roll.

Granted, he does go to work Monday through Friday, so we are apart (albeit we talk on iChat all day…). I just want to be around him because we are always having fun and it’s always easy.  Now, let’s go ahead and take a step back.  There is something to be wary of here.  Wanting to be with someone for the former reason is a great thing in my book.  However, if you have ulterior motives for wanting to be with someone or if the feelings are not mutual, you may be in for some trouble.

With an ex, the reason I wanted to be by his side at all times was because I knew the moment I was out of sight, he would be trying to bag the next pretty young thing who walked through the door.  I was constantly on edge and I knew in my heart of hearts that when he was on “business trips” or boys’ trips (that’s a WHOLE other topic, mind you), it was fairly (read: very) likely that I was not the last voice he’d be hearing before bed. My reasons for wanting all of his time and attention were not out of genuine love and desire.  They were out of fear. Now that’s just not healthy. Whether or not my feelings were validated, I was miserable and that’s no way to live.

Though you may want to spend every waking moment and very last breath with your boo, be sure to make certain that these feelings are shared.  It should be pretty obvious if they are.  You won’t have to ask or beg or fight or trick or threaten about it. It will just “be.”

So if your man is acting more like a neanderthal down in his “special place” and you’re out with the girls drinking to forget that he’s ignoring you in his cave, then maybe its time to reevaluate and perhaps roll a boulder in front of the opening to his man cave. Just a thought.