WhyDid Wisdom: Own It, Guuuuuuuuurrrrl. 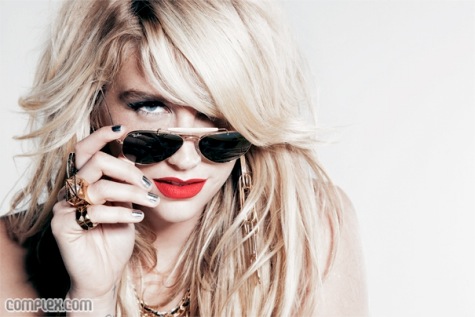 The other day, someone asked me how old Ke$ha is and I didn’t know. So, of course, I had to look it up (I hate not knowing). While I found out that Kesha Rose Sebert is a mere 24 years old, I also learned some other fun facts about her. Kesha was raised by a single mother who was just barely able to get by. Kesha’s upbringing was so meager that the family relied on welfare and foodstamps for a period of time.  As I kept reading Kesha’s Wikipedia entry, I became more and more intrigued by her. I hadn’t really felt one way or the other about her until I realized that Kesha is not only smarter than she lets on, but she owns who she is and where she came from.  She’s strange, vulgar, and a little bit off her rocker, but all of those things make her who she is.

This, of course, got me to thinking.  Not many people are very comfortable with who they are.  It seems now that our culture is obsessed with being “fabulous” and keeping up the “right” appearance.  Our generation has racked up billions in credit card debt trying to “pop bottles” and wear the right shoes, right bags, right jeans. We want to drive the right cares and live in the right zip code. I just have one question: who’s to say what’s “right”? 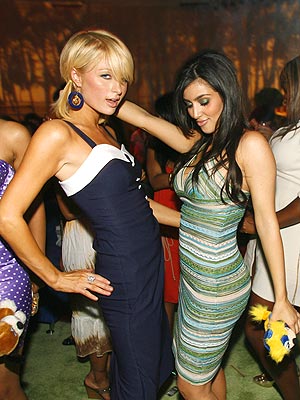 Thanks to reality shows and people like Paris Hilton and Kim Kardashian who are rich and famous for no good reason, people everywhere are just chasing the dream.  Heaven forbid you work hard to earn your living.  We are all pretending we’re on an episode of MTV Cribs or something.  Why can’t we just be happy with what we already have rather than maxing out the plastic trying to buy new identities? I have news for you. You aren’t Lauren Conrad and this isn’t The Hills.

When people ask me where I’m from, I tell them Wheeling, West Virginia. Glamorous? No. But I am proud of it and it’s part of who I am. Believe it or not, most people (who realize that West Virginia is actually a state and not just the western part of Virginia- see diagram below) are intrigued and start asking lots of questions.

It took a while for me to learn to accept all of the things that society tells me aren’t ideal about myself.  I’m never going to look like Marisa Miller, I probably will never own my own jet, and not even autotune is going to land me a hit single.  My brother, who is an artist, once told me I had a good face for painting because it is “unique.”  Before I could smack him, he explained that people with perfectly symmetrical faces are less interesting and easily forgettable.  Why do you think the world was so outraged when Jennifer Grey got a nose job? Same thing with Ashley Tisdale. Sometimes, the things that are “wrong” with us are the things that people find most interesting and attractive.  Everyone is trying to so hard to be different, yet trying to fit in one mold.

If everyone was the same- looked the same, liked the same things, dressed the same, had the same beliefs, the world would be an incredibly mundane place. So, instead of trying to change all of your so called flaws, why  not embrace them? Own it, girl.