Why Did You Date Him: Deal or No Deal? 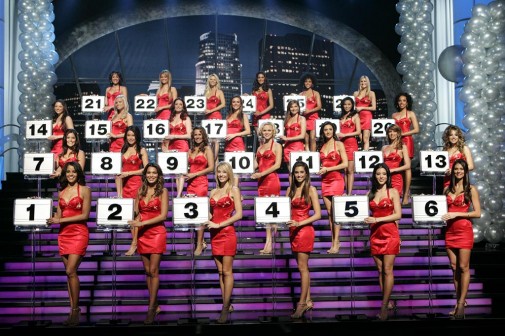 Recently, a male friend was filling me in on the details of his current romantic situation and he mentioned that his lady love had dished up an ultimatum. Yikes! All had been going well- or so he thought- until she let him know that it was her way or the highway.

While he was a bit caught off guard by what she’d said, I knew precisely what she was up to. Women often like to throw out a good ol’ fashion ultimatum in hopes that it will scare the pants off her man and secure her role in the relationship.

I mean, I don’t want to play Captain Obvious here, but your dating life is not a gameshow, ladies.  Trying to pull trickery on your man isn’t going to get you any closer to the Showcase Showdown and I can pretty much guarantee it’s not going to land you a briefcase full of a million dollars

I have a bit of a flair for the dramatic, so, I, too am guilty of pulling this little move.  My mom warned me once to make very certain I MEANT what I was saying before saying it.  There’s no point to an empty threat. There’s a reason I had moving boxes stacked in my old apartment three months before actually moving out.

When giving an ultimatum, there are several possible outcomes. So, go ahead and brace yourself for one of the following:

If you think threatening a man is going to get him to do what you want, you’re sorely mistaken. The fastest way to get a man to run for the hills is by trying to paint him into a corner. Feel free to go ahead and spin the wheel of love, but I can’t promise it won’t land on “bankrupt.”