Why Did You Date Him: One Bad Apple Don’t Spoil the Whole Bunch, Girl. 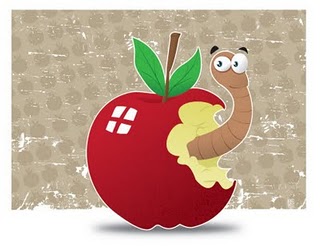 You know when you bite into an apple and it’s mealy? You chuck it across the room, nearly vom, and swear off the fruit forever. That’s letting one bad apple spoil the whole bunch and sometimes we do the very same thing with our relationships. We get burned one time and then swear off the entire species.

I have been there, my friends. With my last doozy of a relationship, I swore I was going to join the nunnery (my dad was pleased with this idea) and never ever date again. For a while, I actually did just that. I may as well have carried around a can of Man Raid. I was repelling men left and right because I wanted nothing to do with them. Some people suggest that the best way to get over someone is to get under someone else (maybe not literally, but you get what I’m saying). I think that’s basically the worst advice in the world. It’s merely a Band-Aid and a temporary fix. It’s like trying to hot glue a hole in the Hoover Dam. Only a matter of time before that baby bursts and it all starts flooding.

That being said, it’s fine to take some time off of the dating scene for a while to heal, but there is no reason to be a complete and utter psychopath to some possibly wonderful men. I was so effed up from my break up that I blew of some great guys (and threw some crazy temper tantrums due to my trust issues).  Just because I found a worm in my last apple, doesn’t mean that every apple there after is going to suck.

You just have to take a blind leap of faith and take another bite. An apple a day…