Weekend Playlist: On the Run 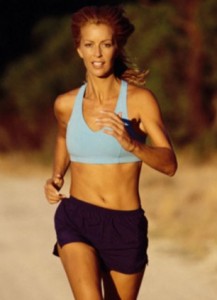 I remember a girl telling me on my 23rd birthday that after 25 it all starts going down hill. I thought she was just being a bitch (obviously because I was 23 and knew EVERYTHING), but unfortunately, she was speaking the truth. Suddenly you pay for that scoop of ice cream and your size 24 skinny jeans start to feel a bit more like sausage wrappers. DUB TEE EFF??

Being a girl who used to be able to house an entire pizza (solo), not go to the gym and never see the effects, this was devastating not to mention confusing. So, instead of bitching about my thunder thighs (which I did do for a while), I forced myself to fall in love with running. I only wish I had always been active so as not to go into shock when this oh so special life change occurred.  I don’t even wanna tell you about the adult acne that awaits you, my little chickadees!

Anyway, now that I’ve come to terms with the fact that I need to do more than walk to Soho House in heels across the cobblestone (which is no easy feat, mind you) to qualify as a workout, I’ve compiled a playlist of some songs that help me get through the sweat and tears (mostly tears) of my workout. Basically, the music is my favorite part of getting buff. I like music to be played loud. This is also probably the reason I still like nightclubs (to be discussed at a later date) and why I used to like driving (which I leave to the cabbies nowadays).

WhyDid’s Workout Plan (which may prove to be more useful than Kanye’s):

While some of my choices may seem a bit obscure/bizarre, I’m not exactly training for the 2012 Olympic Track Team and these songs set a good pace for as fast as my little legs can go. So, until they come up with some miracle cream/pill that just magically disintegrates fat, I will be burning rubber to my own little miracle playlist.