Why Don’t You Eat Me: Let Me See Your Lobster Roll 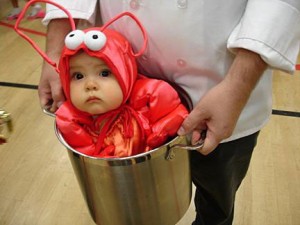 Summer is almost upon us, people and what does one crave during the summer (or really anytime of year)? LOBSTER ROLLS! Below I’ve compiled a list of my very favorite places in NYC to munch on these yummy rolls. So put on your lobster bib cause you’re going to get hungry!

1. Luke’s Lobster: This is the lobster roll newcomer and has made its the presence known. People are saying screw waiting in line for Caracas (another fave) and heading to Luke’s. At Luke’s, they don’t pile on the mayo, but do pile on the delicious lobster meat which gets an A+ in my book. (They also follow me on Twitter which makes me heart them. You follow me on Twitter, you get brownie (lobster?) points!). 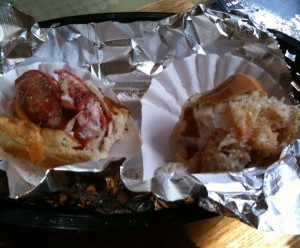 2. Ed’s Lobster Bar: Ed’s goes a different route and does use a lot of mayo, but they also STUFF the bun chock full of delicious lobster meat. It’s mighty good and what makes it even better are the pickles that they include. What can I say? I’m a sucker for a good pickle. 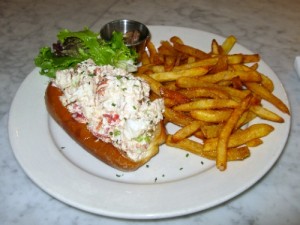 3. Xie Xie: You might ask why I dare have an Asian restaurant on this exclusive lobster roll list, but look a little closer at the menu and you’ll find that they have an Asian Lobster Roll (and it is AWESOME). With Kewpie mayo, tarragon, and crispy shallots, they’ve created an outside-the-box lobster roll. 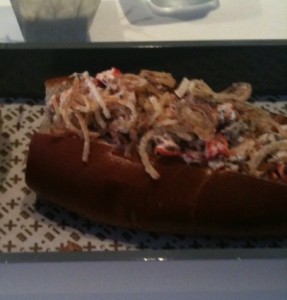 4. Mermaid Inn: This is an old standby that unfortunately has been overshadowed by all the newbies. I still wanted to include it in my list, however, because it’s been a staple in my life for many years and is still a solid lobster roll even if no longer at the top of the list. 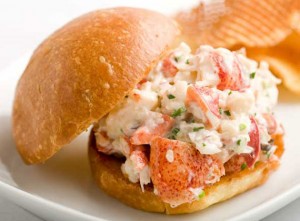 5. Pearl Oyster Bar: I was taken on a date here years ago by a banker trying to make a good first impression. While the date was anything but memorable, the lobster roll made a lasting impression! I formed zero interest in my banker date, but I did form a lifelong bond with this fabulous lobster roll. Thank goodness for good food because good food can make any bad date bearable. 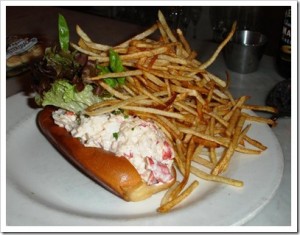 Now there’s one place that I haven’t been yet, but have heard enough about to know that it should be mentioned. That place would be Mary’s Fish Camp. You may ask why I haven’t been and that’s a good question. I don’t know. It’s a fluke, but I plan on correcting this mishap ASAP.

Now go on and pick one of the above-mentioned places and eat until your lobster-roll loving heart is content! Come on.  You know you want to!