Why Did You Wear That: NYE, What Were YOU Wearing? 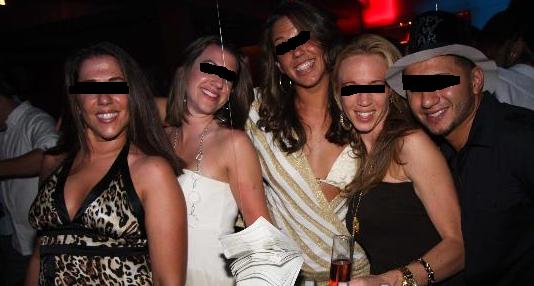 This looks like a seemingly normal group of young people out for a fun night on the town. However, the girl with the nip slip should resolve to get new friends in 2009. Whether her shirt “accidentally” flopped over to the side to reveal her sparkly bikini top and her friends didn’t bother to fix it pre-photo or if they just let her walk out of the house like that, they are bad friends and should be replaced immediately. 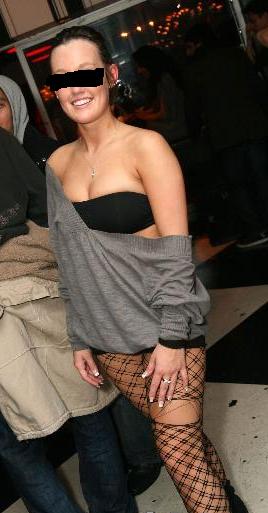 I am going to assume (hope) this photo was taken after the ball dropped (insert perverted joke here).  I am actually kind of worried for her. She looks like she’s been through some things. Either that or she’s channeling Jennifer Beals from Flashdance. Regardless, there is no reason to be in public with no pants on. Unless you are at the beach, and clearly, my friend, you are not at the beach. So for 2009, I suggest you resolve to wear pants when leaving the house. 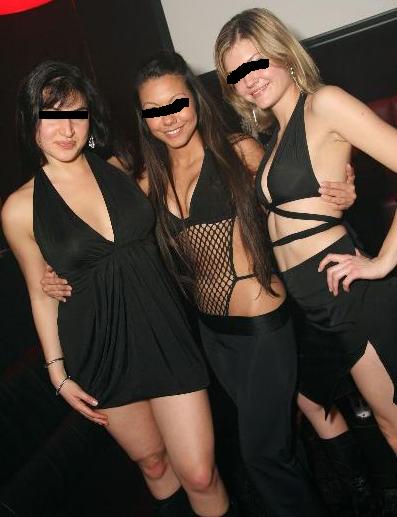 Ahh.. the trifling trio. This is my favorite type of photo as you may have started to realize.  I am still so baffled as to wear you find clothing like this.  I mean, really? Where? The two on the right look like they were enjoying a nice day at the beach, but then swam out too far and got caught in a fisherman’s net and he was pretty psyched about his catch, so he brought them out to party with him. Next year, resolve to only swim out 10 feet to avoiding being the catch of the day. 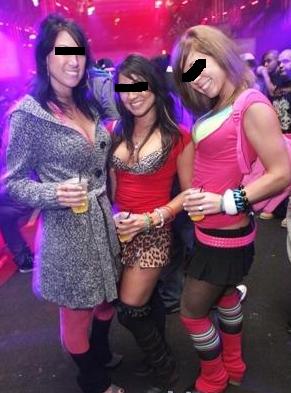 I can’t tell if these girls are channeling Strawberry Shortcake and friends or the Cheetah Girls. What do you think? The leopard print mini leads me to believe Cheetah Girls, while the backpack, legwarmers over tights, and excessive use of pink make me want to say Strawberry Shortcake (though I am stumped as to the girl wearing a sweatercoat on the left).  I would not consider either to be fashion icons, so in 2009, why not treat yourselves to a subscription to Vogue or InStyle? 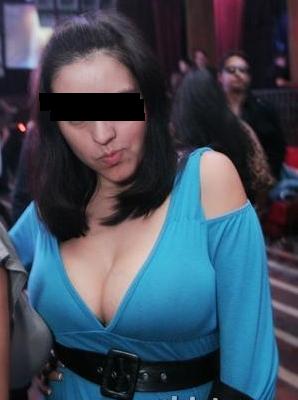 Ignoring the blatantly obvious, this picture makes me laugh a little. It’s a shame that I had to black out her eyes because they are all wonked out and she is just a mess. (You’re just going to have to take my word, it’s that good).  Either way, you can tell Ms. Sassy Pants here has had one (5) too many Patron shots and is thinking she is pretty sexy right about now. We all know this face. Ms. Sassy Pants, for 2009 I think you should resolve to stick to one shot of Patron/night only. 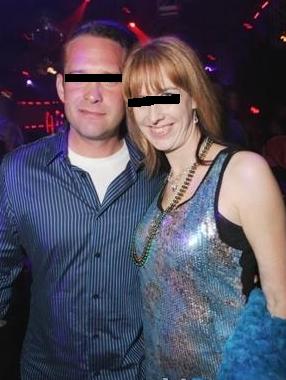 This isn’t THE most offensive thing I have ever seen, but to wear sequins just for the sake of wearing sequins is a waste of time.  If you are going to wear something covered in sequins, might as well be something fun. This top she is wearing just looks like a plate of armor. I do spot something blue and furry over her arm though. I’m kind of curious to see what that is, though I’m sure it’s probably in both of our interest that I don’t.  Either way, if you’re going to huss it up, huss it up all the way in ’09. 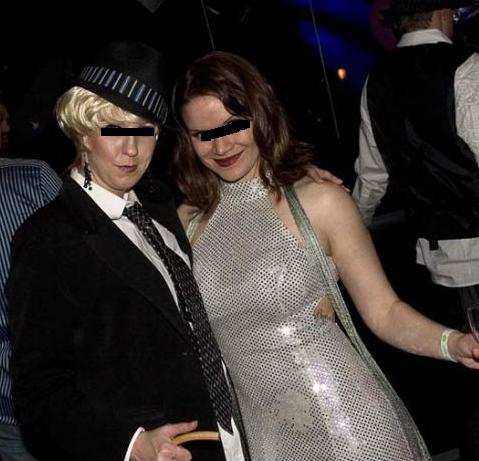 Oh! More sequins! This is also not what I had in mind for sequins. Not at all. I’m not sure what is scarier, her sequin dress or the fact that the “person” to her left is a woman dressed as a man (I think).  I wonder if the lady on the right knows?? Be sure to check birth certificates  for gender in 2009. 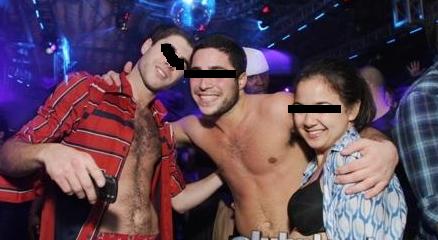 Now, I know a few (okay, one in particular) guys who like to take their shirts off in public. A couple of rules for shirtless-ness: 1) please have the body for it (as well as manscaping), 2) shirtless-ness is only acceptable at the beach, at home, or in the shower. In 2009, let’s keep our shirts on, fellas! 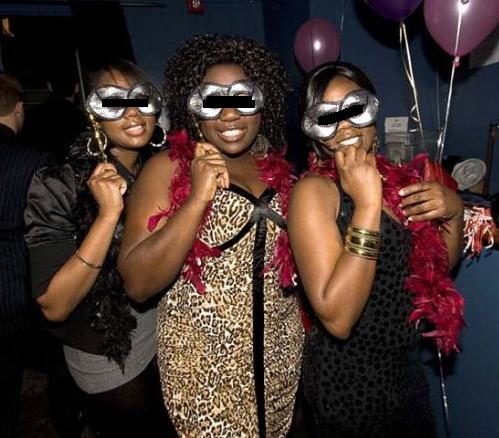 We have already discussed our thoughts on animal print.  So this is just an example of how it DOES NOT work.  Though I think that animal print is totally overdone, it can work in subtle accents, like a bag or shoes, or a jewelery. Remember less is more in 2009. 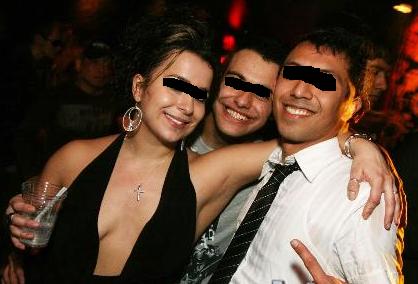