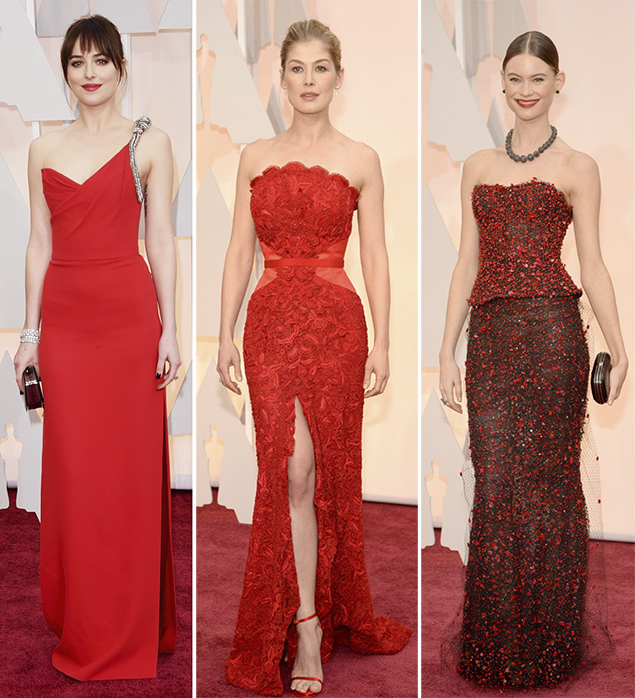 The red carpet was red hot this year at the 87th Annual Academy Awards.  While it poured down rain in Los Angeles, causing a hot box effect with plastic tenting literally wilting A-list hairstyles and melting perfectly made up faces, nominees and future winners did not let us down in the dress department.  While there was nothing truly offensive, there were also very few that inspired any standing ovations, which would be saved for John Legend, Common, Patricia Arquette, and Graham Moore.  Saint Laurent on both Dakota Johnson and Margot Robbie were two of my early favorites.  When Rosamund Pike arrived in a perfectly fitted Givenchy frock only two months after giving birth, I shed a tear and poured out a little bit of alcohol, which my dog quickly lapped up.  A few debatable dresses were worn by Lupita Nyong’o, Nicole Kidman, and Felicity Jones.  I’m not sure why, but Khloe Kardashian was recruited by E! for her opinions on red carpet arrivals, to which she held nothing back.  I zoned out from the actual awards show after Neil Patrick Harris’s first failed joke, but I did catch Julianne Moore’s well deserved acceptance speech, Common’s freckles, Lady Gaga’s epic cover of The Sound of Music, and the absence of Joan Rivers in the Memoriam. 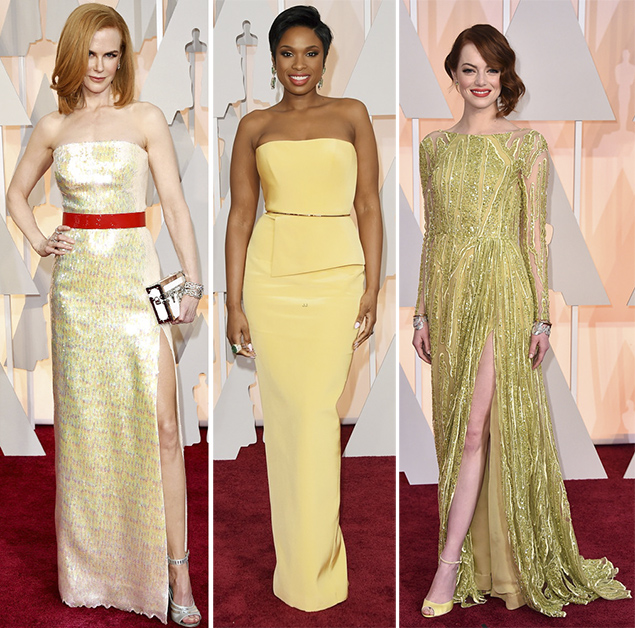 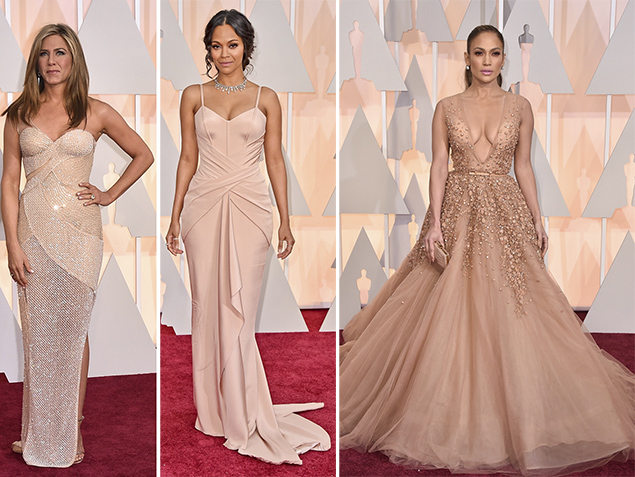 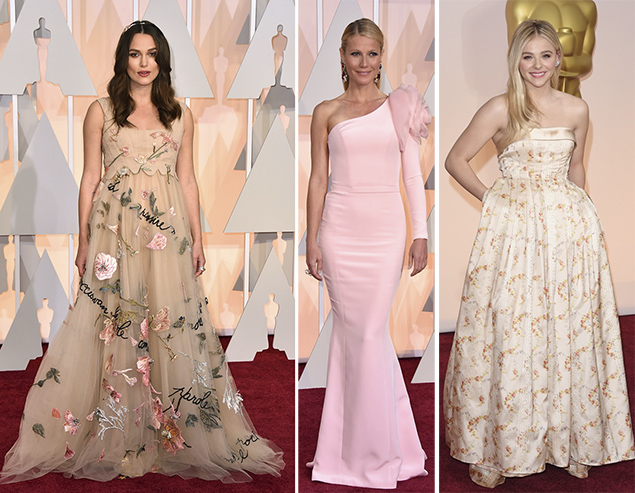 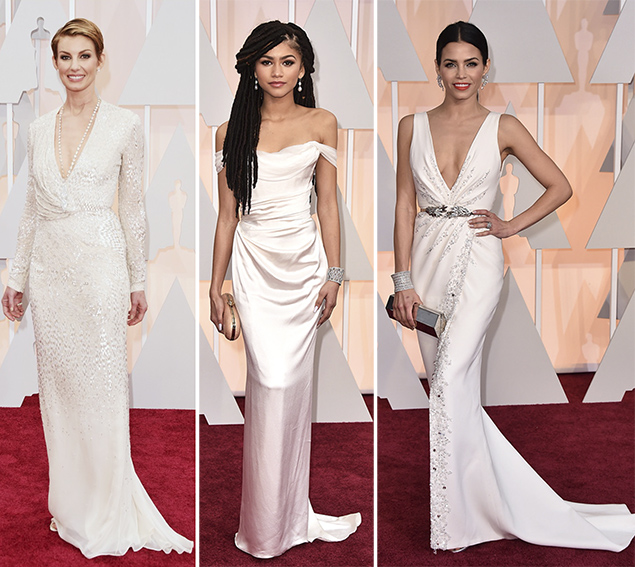 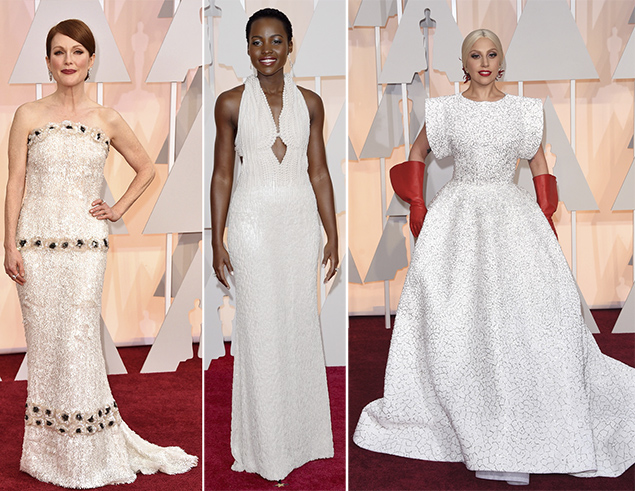 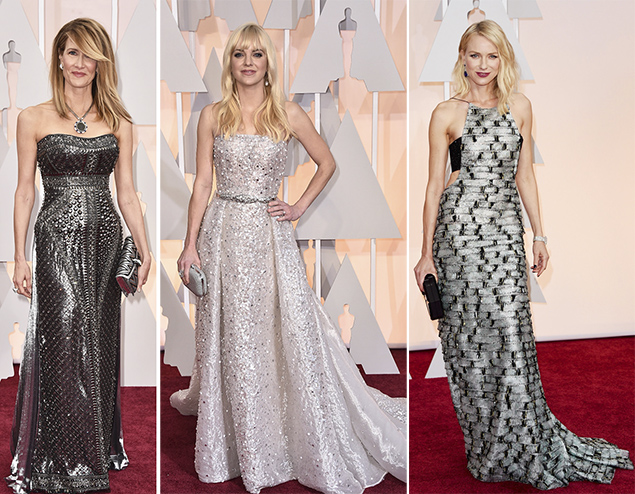 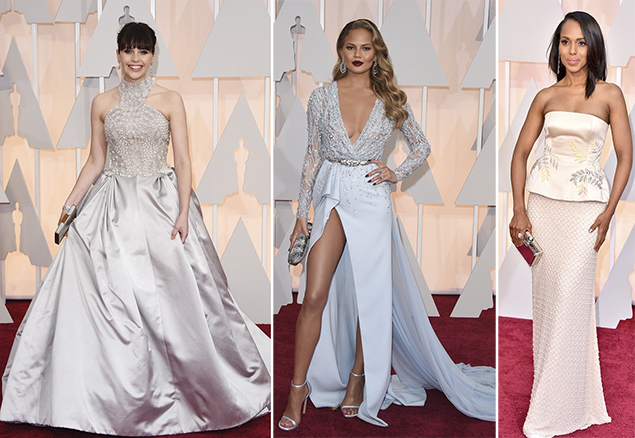 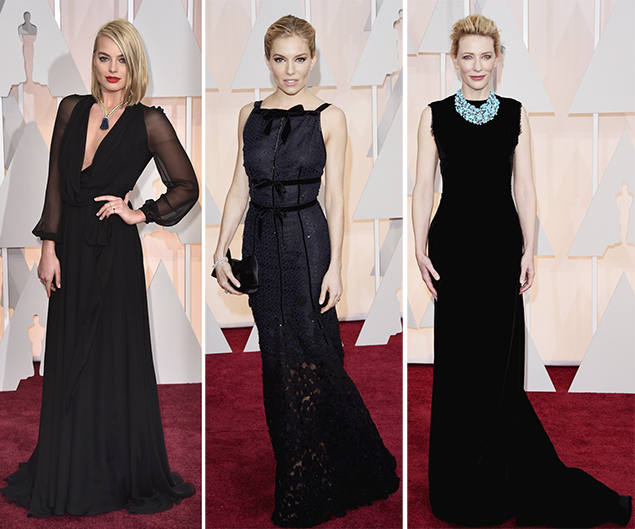 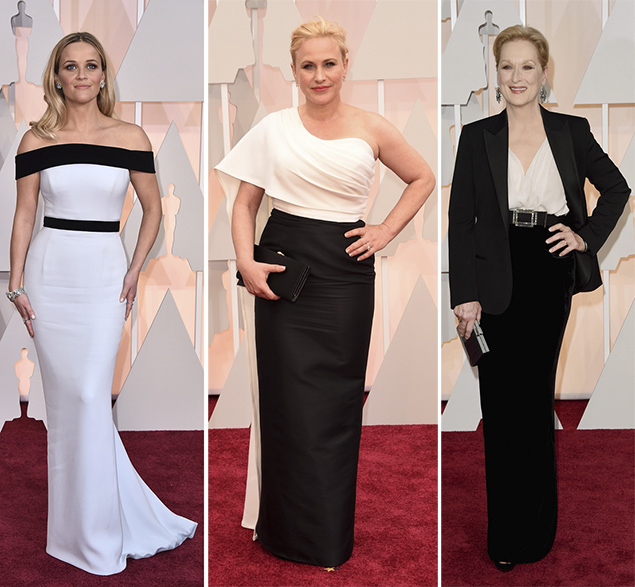 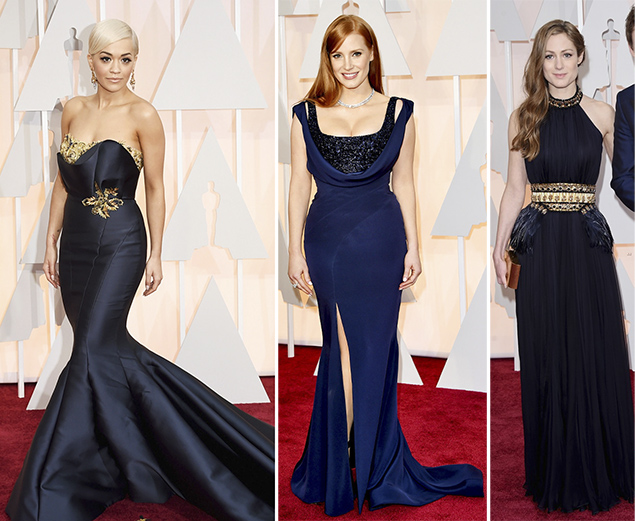