Why Did You Wear That: The Odd Couple (Costume) 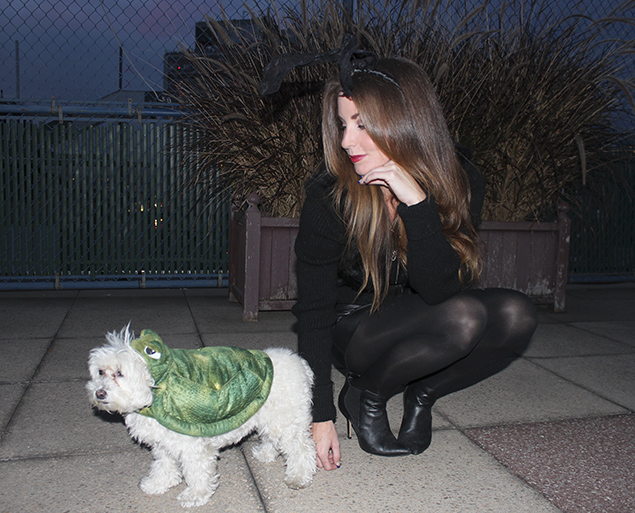 As I mentioned, Halloween can be a bit like New Year’s Eve.  Many people get very into their costumery and a lot of those people happen to be couples.  Being someone who normally loves a theme, I can’t explicitly identify why I’m less than enthusiastic about this year’s Hallow’s Eve, but I am.  Rather than race around gathering the ingredients for the world’s most clever costume, I’ve, instead, assembled items I already own and have let them begin to take on a lives of their own.  I’m calling it, “interpretive dressing.”  When people ask me what I’m going to “be” (and they ask a lot), I simply shrug and let them know that remains to be seen.

But, back to those poor fellows being forced into theme in order to appease their lady beloveds.  A guy friend of mine, was informed that not only would he be hosting a Halloween soiree, he’d need a costume.  I suggested he go as a wrecking ball and his girlfriend could be Miley Cyrus.  When he vetoed that, my next suggestion was to go rogue and dress up as a bumper car so as to take out his aggression as party proprietor.

The best $8 dollars I ever spent was during a recent trip to Home Goods with a friend of mine.  We were on the search for a throw pillow or a tissue holder or some other household item that you never knew you needed (and probably don’t), but when I stumbled upon a Smitty sized turtle costume, mission was temporarily aborted and costume was acquired.  Not long after at a French themed dinner party with my girlfriends, I told them of my purchase and one exclaimed, “Please tell me you’re going as a rabbit!”  I hadn’t thought about it, but once she said it, I thought it was a pretty solid suggestion.  Oh… except for one thing… Smitty is a dog.  Sure, it would make for cute photos (who the hell is going to take them?), but upon exiting my home, I’d just be some chick in a bunny costume.  Truth be told, I’ve brought out stranger “props” than a living animal and if I would ever get around to registering Smit as a service dog this would be a non-issue.  But alas, my little turtle must stay in his shell.  It’s entirely possible that dressing your dog is the new “cat lady,” but offering him a peanut butter chewbone in return for his services seems like a bargain compared to dealing with a human beau. (Several reasons why here).  And honestly, is dressing your dog any worse than dressing your boyfriend in a coordinating denim ensemble?

Oh, and if you’re looking to make your own ears, check out my DIY here. 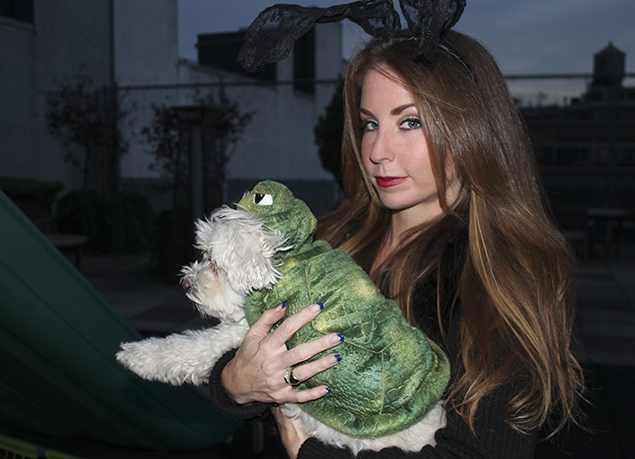 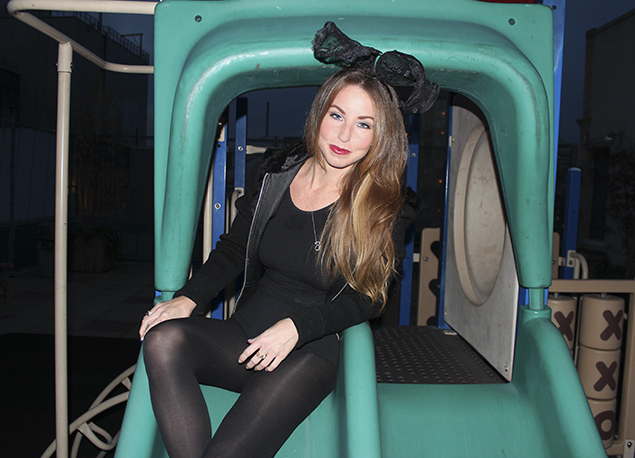 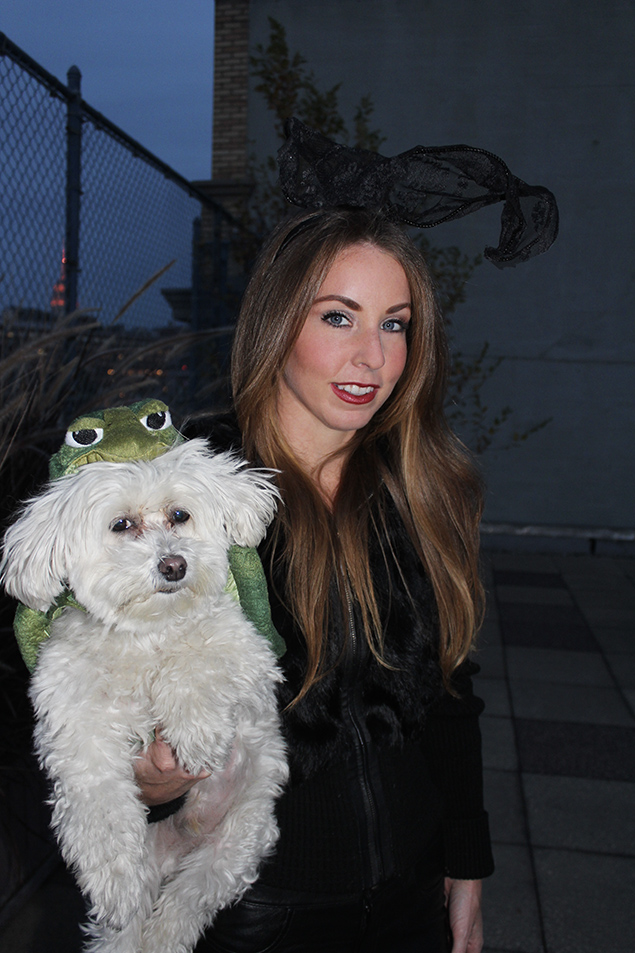 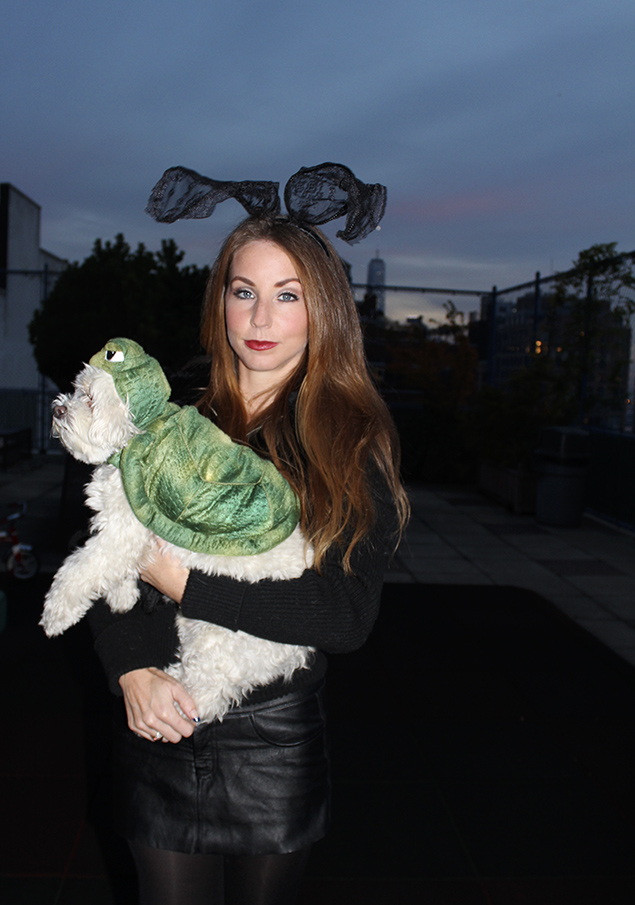 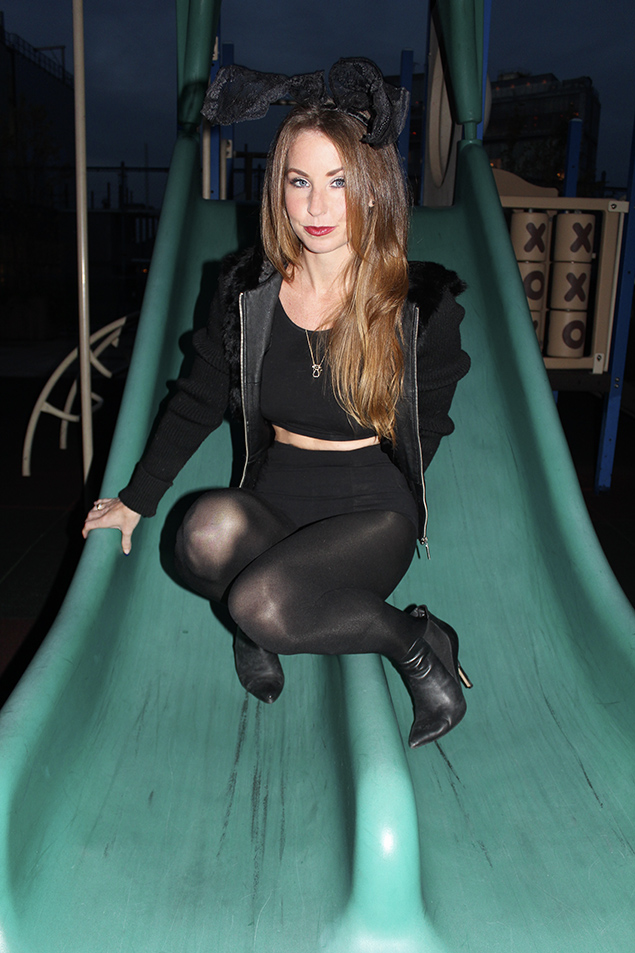 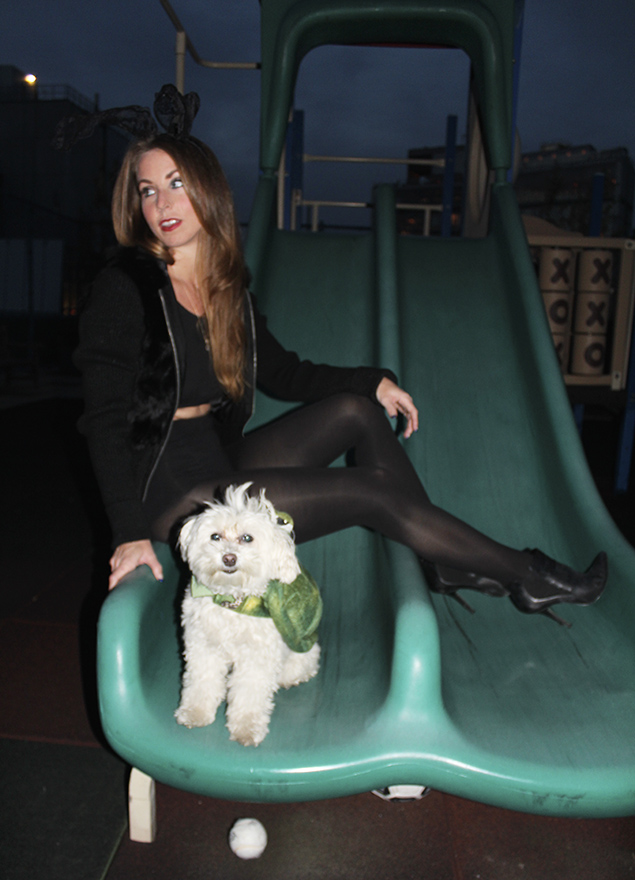