And the Emmy Goes To…: 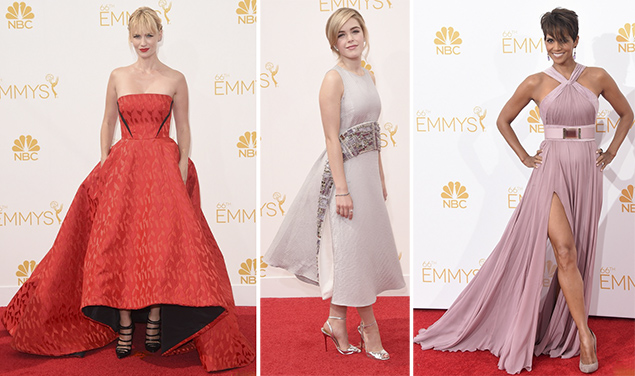 It’s a wonder I was even able to complete this post as I spent the majority of last night’s 66th Annual Emmy Awards in the waiting room at CityMD where I tried to convince them that it was imperative to change the channel from NY1 to the Emmy’s so that I could complete my work.  No dice, but fortunately I’d planned ahead by recording the show before stepping out.  Don’t worry guys, after being poked and prodded and nearly regurgitating on a tongue depressor, turns out it’s just a sore throat.

Instead of sipping on champagne, I gargled with salt water and settled in to catch up on what I’d missed.  Clearly, what I’d missed was almost every single show that’s currently on television.  I’ve been so busy watching re-runs of The Golden Girls, that I wasn’t even aware that shows like Masters of Sex or Treme existed.  But let’s be serious, it’s an honor just to be nominated and sure it’s exciting to win (full list of winners here), I’m only here for the fashion.

Fairly early into the red carpet arrivals, there was a theme brewing.  If you weren’t wearing red, you were wearing white.  From Julia Louis Drefus’s simple and well tailored Carolina Herrera to Claire Danes’ intricately detailed Givenchy, there was no chance of blending into the carpet in these crimson creations.  White may very well be one of the hardest colors to wear, let alone be photographed in.  However, last night’s presenters and nominees were picture perfect in their picks, namely Laverne Cox in Marc Bouwer and Anna Chlumsky in Zac Posen.

The rest of the carpet was a veritable rainbow with Kerry Washington in an orange Prada, Samira Wiley in a curry colored Christian Siriano, Keke Palmer in cobalt Rubin Singer, and Zoey Deschanel in an Oscar de la Renta bright pop of pink.  Hayden Panetierre proved that pregnant women most certainly can wear sequins in her Lorena Sarbu and others played with color and patterns as made apparent by Louise Roe’s Monique Lhuillier and Julie Bowen’s Peter Som.

My winners included January Jones in a beautifully constructed red Prabal Gurung gown (though her hair could have used some help), budding fashion favorite, Kiernan Shipka in a steely grey Antonio Berardi, and Halle Berry whose Elie Saab was a color that was clearly made for her- seriously, it’s like Jay-Z blue. Does it have a Pantone number?  Those who didn’t fair so well?  Katherine Heigl is no stranger to the worst dressed list and last night was no different as she showed up wearing something that actually looked like something I’ve seen on The Golden Girls.  Lena Dunham, bless her, wore a cupcake confection that left her looking more silly than chic.  I applaud her new hair, however.  When Sarah Paulson arrived on the red carpet, I must admit at first I was intrigued, but I have the feeling her gown was the type that is beautiful in person, but does not translate to TV.  Somebody’s stylist needs get a Polaroid camera.

While not everyone was fashion award worthy, if this red carpet is any indication of what’s to come this award season, I’m looking forward to tuning in.  I may even start watching shows from this decade. 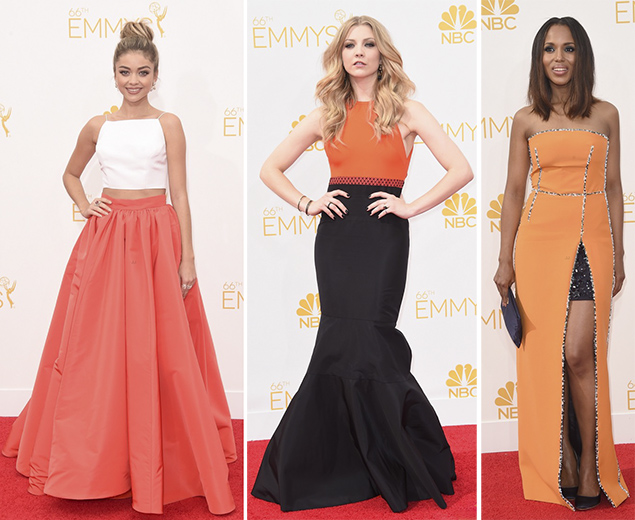 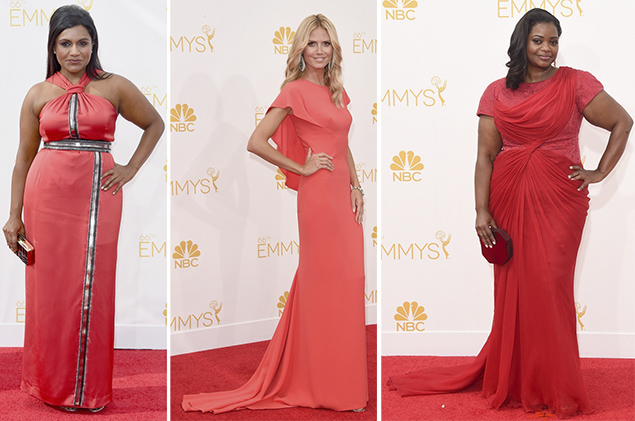 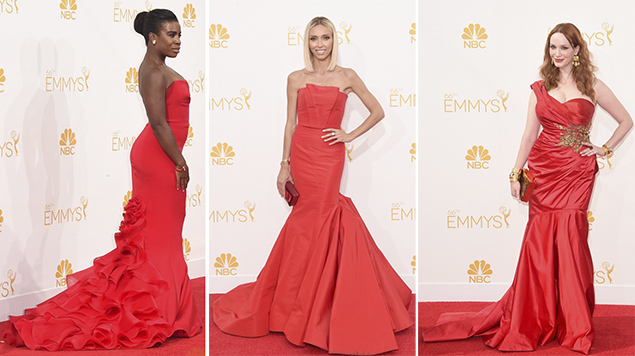 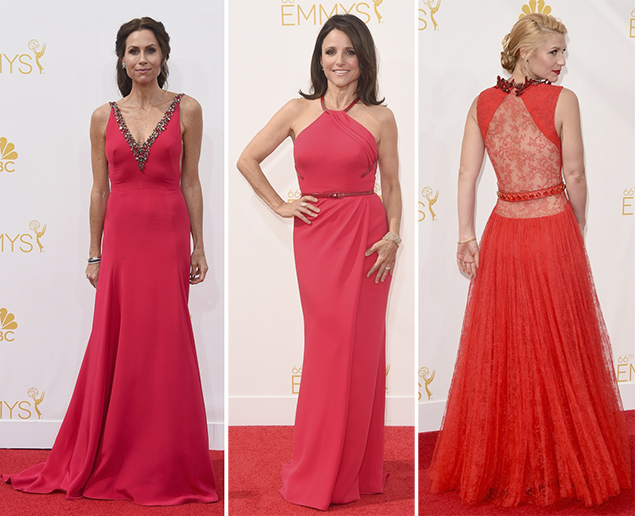 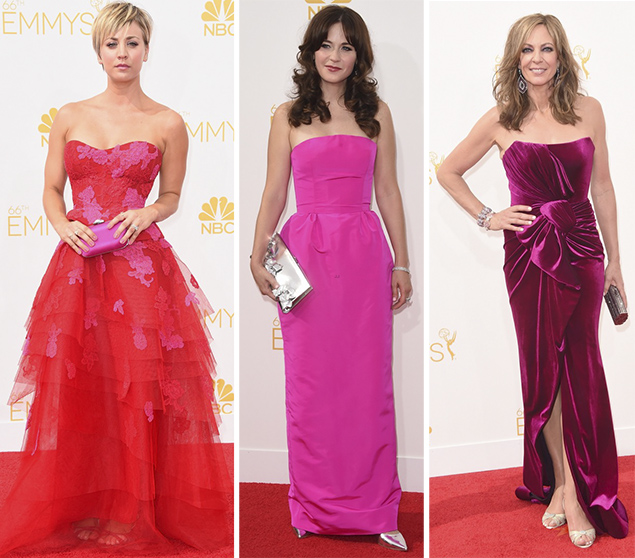 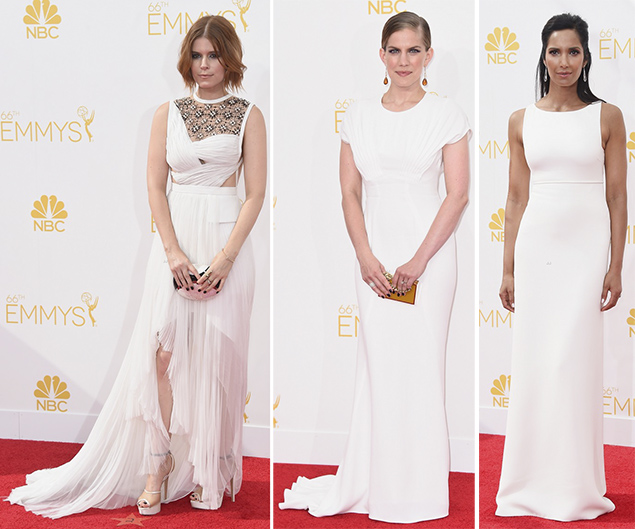 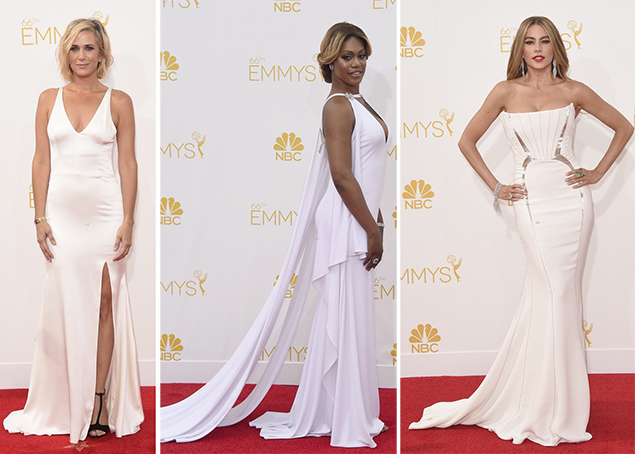 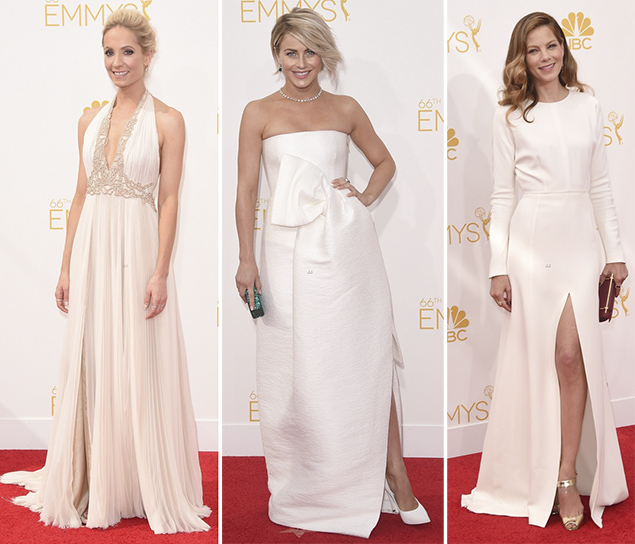 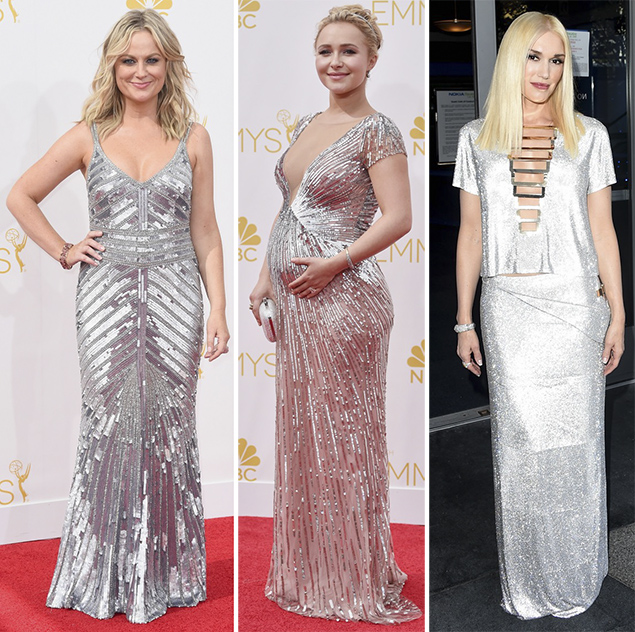 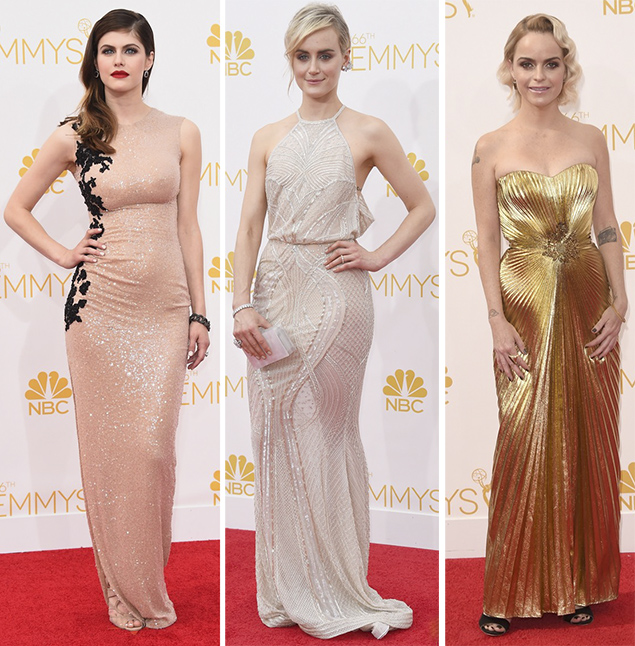 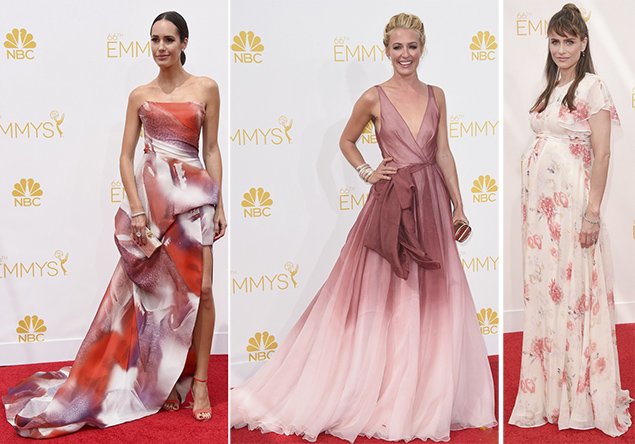 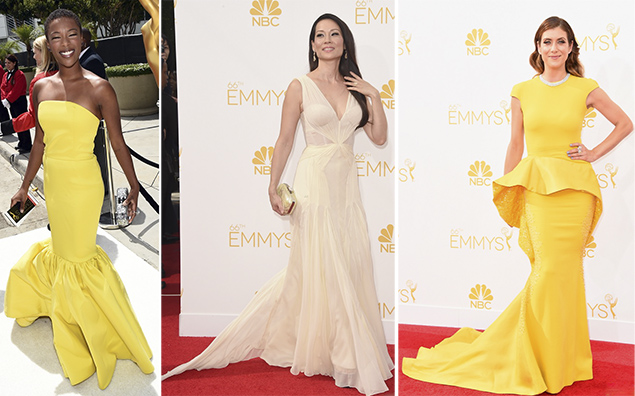 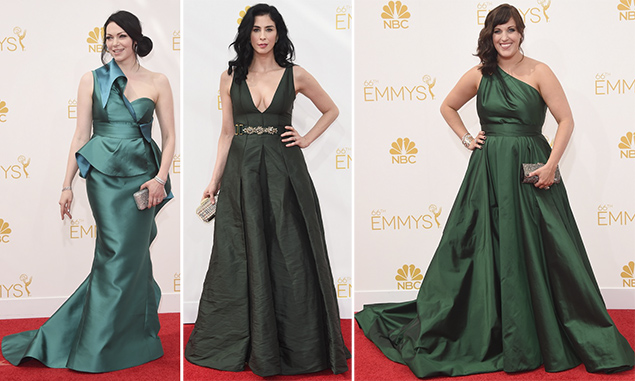 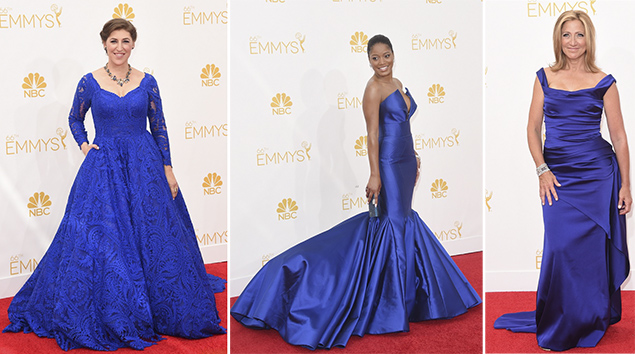 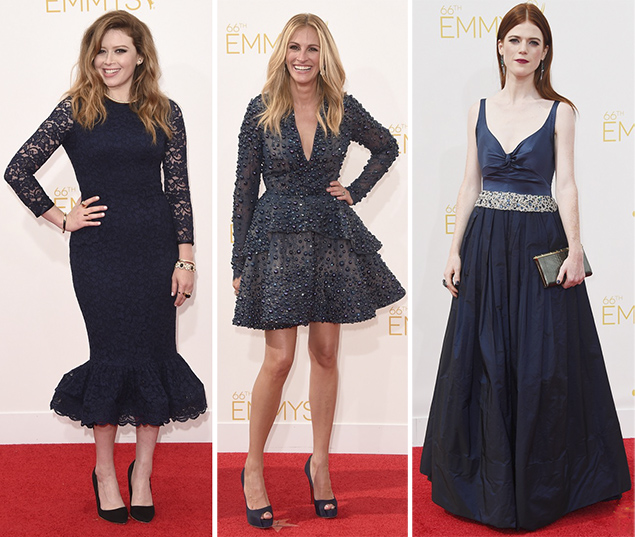 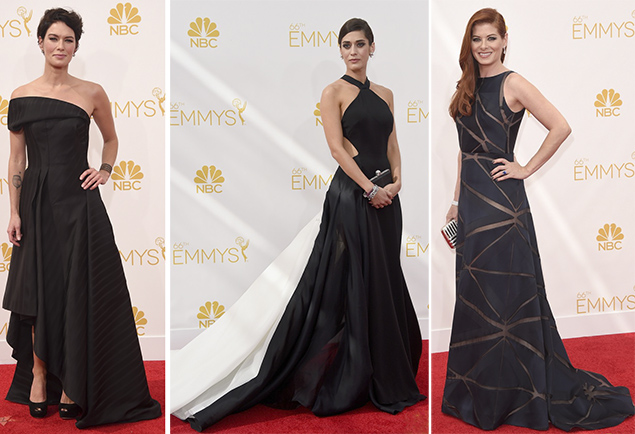 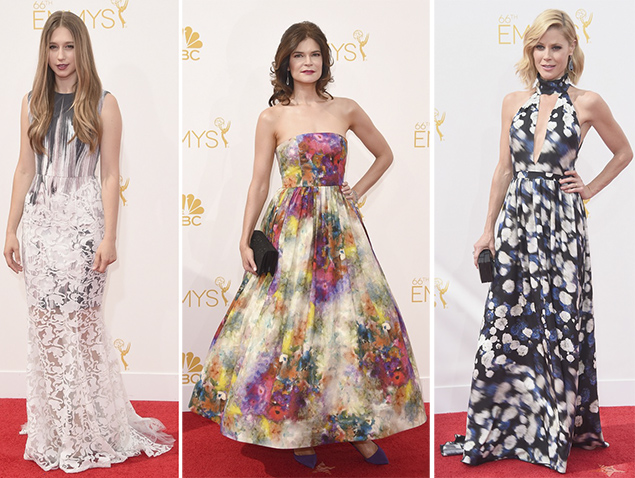 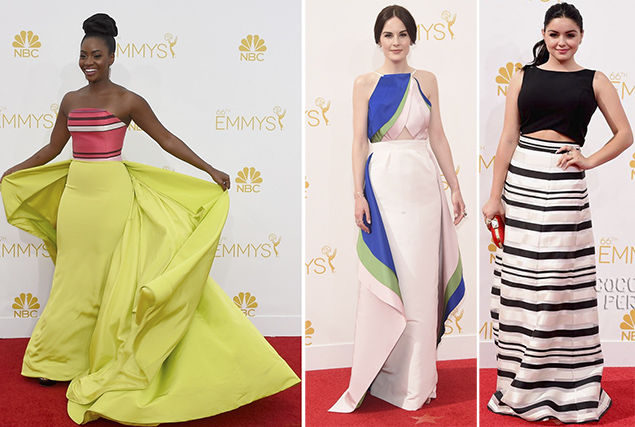 Two’s Better Than One: 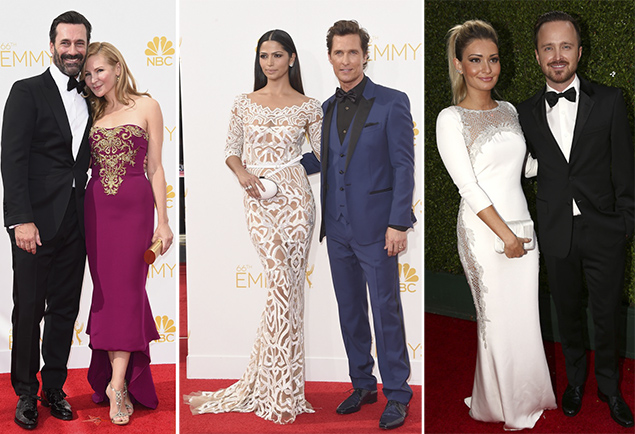 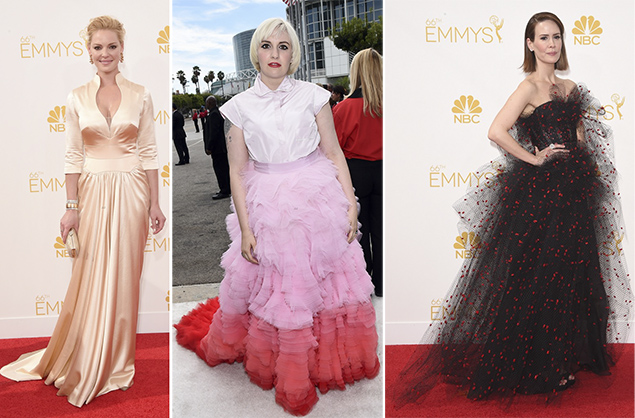