Why Did You Wear That: Runway Recap- For the Fashion Weak. 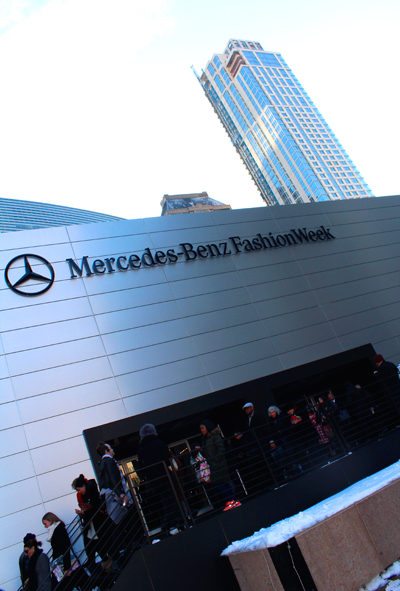 Last week, New York was transformed into a real life, live action perfume ad.  Everywhere you looked long legged, bare faced beauties skid across ice covered cobblestone streets on the way to and from castings and shows like little human Bambis.  Fashion Week in New York has changed quite a bit in the years since I first started attending shows, especially after changing venues from Bryant Park to Lincoln Center.  It seems as if the week has become less and less about the fashion and more and more about snapping photos for social media and angling to have your photo snapped for various web publications (remember, I taught you how here?).  Front rows are full of bloggers and people who are wearing bizarre getups, while many buyers are left straining to see the runway while taking notes on the collections’ line sheets.  The only places harder to get into than the actual shows are the after parties which are chocked full of celebrities, celebrity hangers on, promoters, underage models, and certainly a rapper or two.  I should probably get better at celebrity spotting because after viewing party pictures of an event I’d attended, turns out a newly single Ryan Gosling was a mere banquette and ice cube toss away.  Oops.

Factor in the Polar Vortex blizzard like conditions, and not only was it difficult garnering enough motivation to leave my heated apartment, but the actual commute uptown and other various locations was at times painful.  Every time I thought I was about to miss a show, I was reminded that by being twenty minutes late, I was actually ten minutes early.  And since I have yet to be seated front row at all shows, I always found myself sitting behind people with giant headpieces and vision obstructing hairstyles.  As if that didn’t make the task of capturing a clear image of the catwalk daunting enough, be sure that there was a knucklehead (or two) who felt the need to hold his/her iPhone midair for the entire fifteen minutes of fashion.  But because I’ve mastered multitasking and warping my body into the most advantageous shape for scoping the show, I was able to capture bits and pieces of my week.  Just remember, all my suffering is all for you. 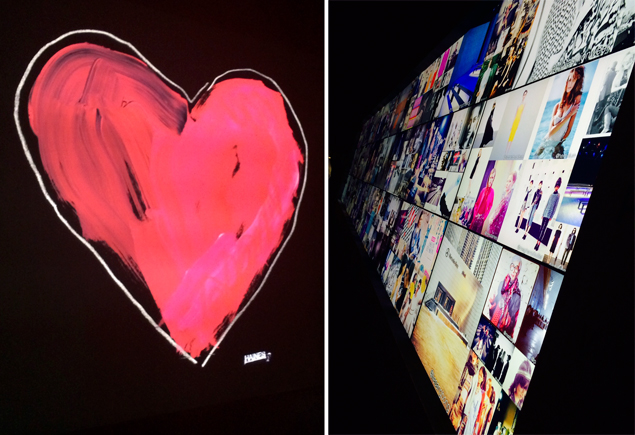 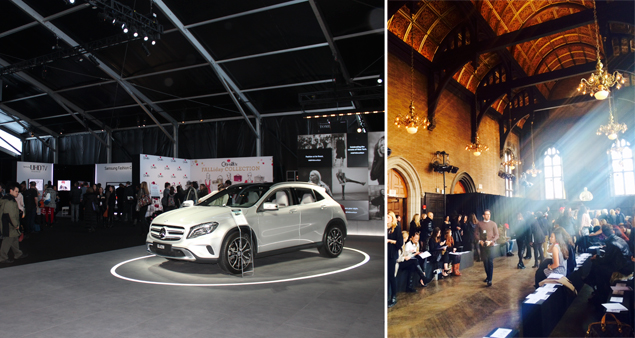 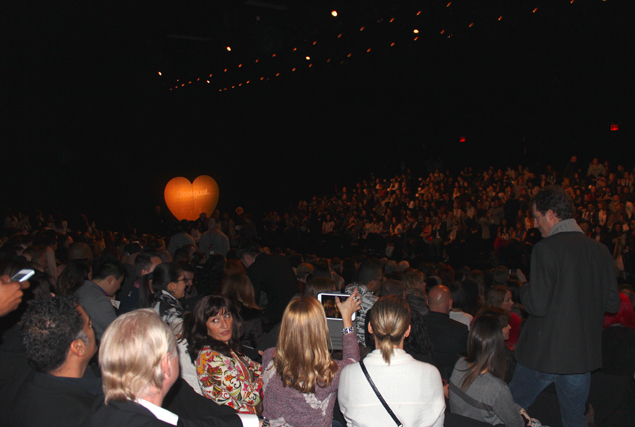 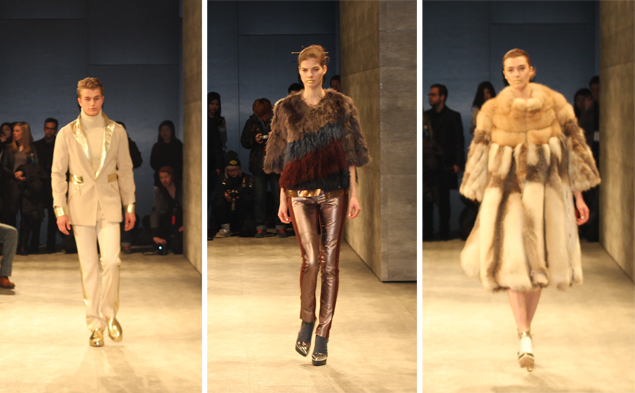 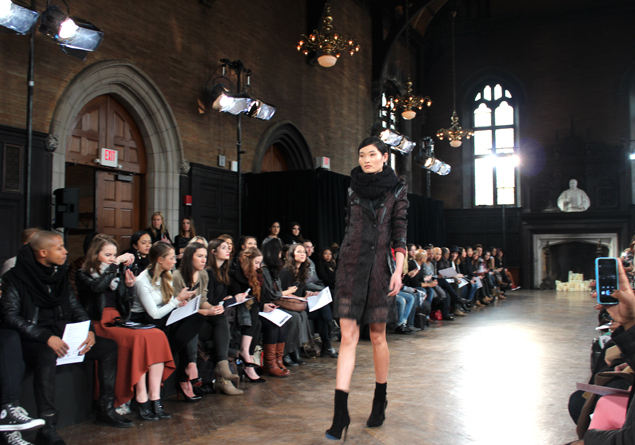 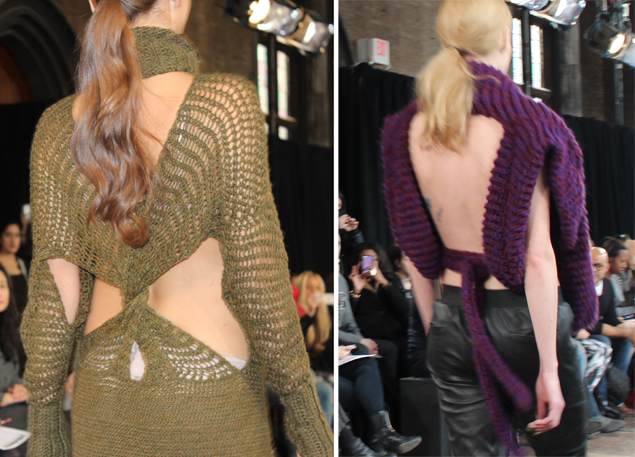 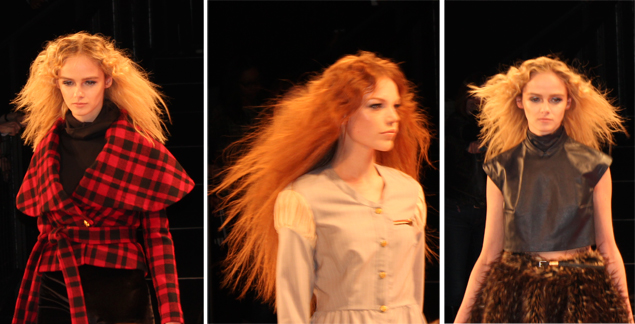 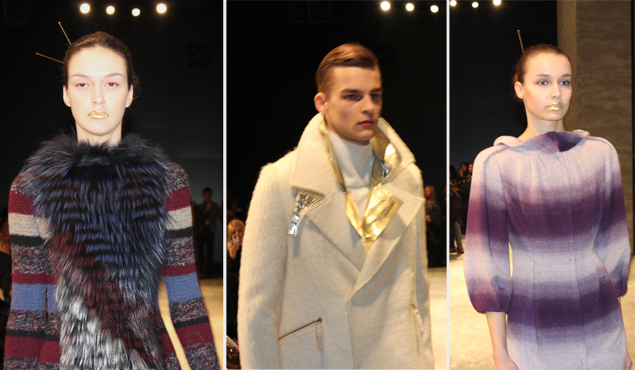 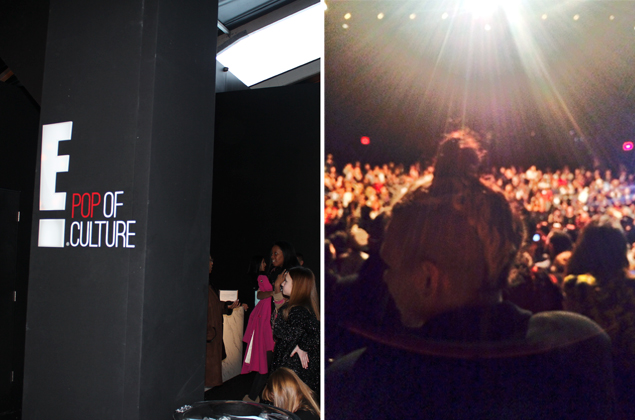 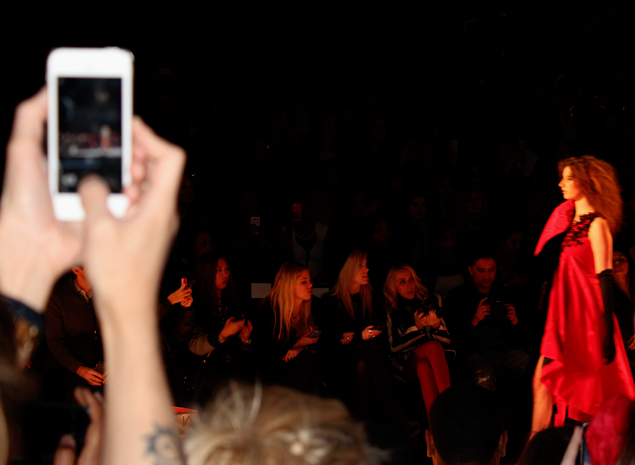 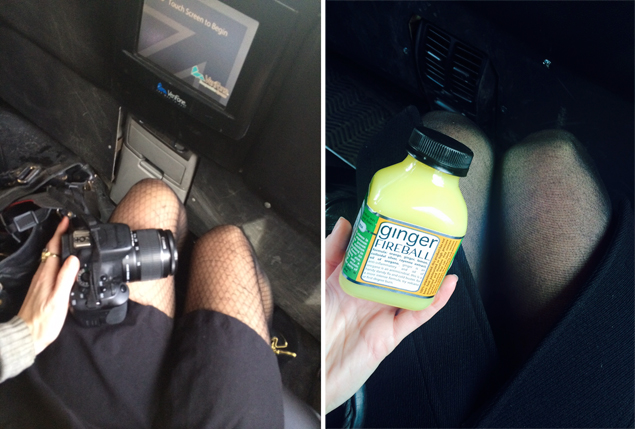