Why Did You Wear That: Sorry, Karl. 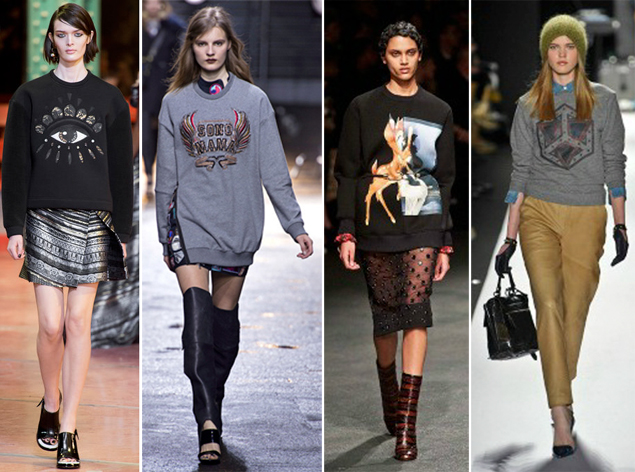 If you’ve tired of cashmere turtlenecks and grandpa cardigans, there’s some new knitwear in town.  Well, not really “new” because I’ve suggested it once before this past fall, but it’s the sweatshirt.  The last time we visited sweatshirts, I feared for poor Karl’s health, but hopefully he’s recovered from his panic attack by now… because it would appear that sweatshirts have not only grown in popularity, but have been adopted by just about every designer on the market.  An article of clothing once relegated to the gym, males, and lazy Sundays at home, the new sweatshirt is far beyond a marled grey crewneck. Whether in printed neoprene or with heavy embellishments of sequins and chiffon, this season’s sweatshirts might even sway Mr. Lagerfeld. 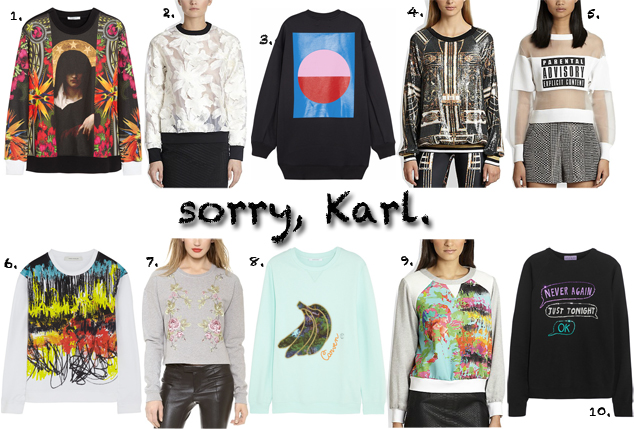 Just remember not to pair one with its counterpart, the sweatpant, because that means you’ve given up- and you’re not a quitter.