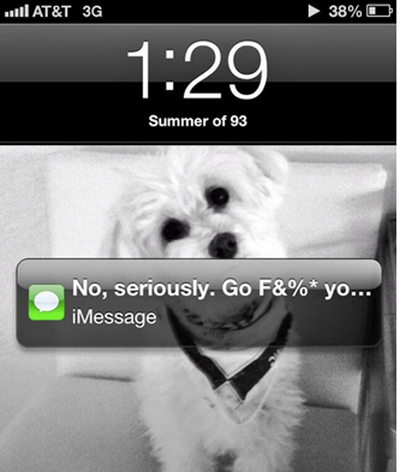 Winter is the time of year when many of us yearn to couple up in order to stay warm and potentially lower our ConEd bills. A lot of my friends are what could be considered professional daters. I’ve stopped asking what any of their chaps’ names are because I can’t keep up and would need a very elaborate flow chart in order to stay entirely in the loop. I’m always in utter amazement as to how they meet all of these fellas because most of my male companionship comes from my dog, gentlemen playing for the other team, and re-runs of Frasier. Ironically, I think I’ve just cracked the code as to my singledom with that last sentence.

Anyway, unlike myself, you’ve been hitting the town and getting hit on, you little minx, you. And in the mix of things, you’ve met a couple of cuties who have actually made it beyond asking for your number in between swigs of Jameson and you’ve spent a handful of cozy dinners and Saturday brunches at Extra Virgin and Cafe Cluny with one, maybe two, in particular. You knew it was meant to be when he ordered another round of mimosas and declared that there may be nothing better in this world than a great chocolate chip pancake except for maybe a hammock on Alphonse Island. In your mind, you’ve already started planning your June wedding at the St. Regis and have named your first born child due early next fall (you decided on something gender neutral and inanimate). You’re a perfect match much like Domenico and Stefano, so you can’t quite put your perfectly polished finger on why your affections, and text messages aren’t being returned.

Ready for an awful truth?

(You may need a quaalude and a seat for this). Okay, you know that one guy who continues to text you after countless subtle blow offs, blatant verbal abuse and finally virtual radio silence? You know… the one who tricked you into giving him your number after you said you’d just take his and then called himself from your phone. Yeah, that guy. Well, you may very well be that girl.

I know. It seems highly improbable, even mind blowing, that anyone male, female, or house plant could possibly resist your feminine wiles, biting wit, and Pilates body. But alas, as hard as it is to wrap your pretty little head around, you may have found the one and only human this side of the galaxy not interested in you or the Illuminati conspiracy theories.

Fine, maybe you didn’t bamboozle your way into his Blackberry (who still has one of those, by the way?), so let’s use another example. You know the sort of goofy handsome guy you went out with from Goldman Sachs? While he was perfectly nice and in “theory” should be a totally perfect partner completely capable of rearing healthy children and providing a stable lifestyle for your future family, there was just one problem. You didn’t feel any of that wild, crazy, I must have you more than this season’s Céline. He didn’t do anything wrong, per se. He was a perfect gentleman and has since then been hitting you up to have a second, third, and final date… before that wedding he’s planned in his head complete with future (already named) child. 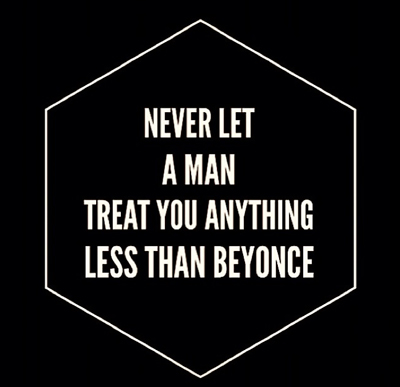 We’ve all got a few of those guys lying around much like the Federal Reserve has a few spare bricks of gold. They’ll never get used, but it’s nice to know that they’re there for security’s sake and all. At one point, there were so many “code names” in my phone that I hadn’t really any clue who was calling anymore. I just knew I wasn’t going to answer under any circumstance. Not even after two dirty martinis. Okay, I have responded on occasion to these “reserves.” Sometimes because I’m just too nice and felt guilty leaving them hanging (passive aggressive much?). Other times I’ve just been totally bored in between checking Twitter and Instagram. There have been lonely nights in between relationships with people I actually liked. And sometimes my friends and I think it’s downright hilarious. Call me a mean girl if you want, but your nose may be growing at this very moment. You’ve totally done the same thing. We all have. And whether you admit it out loud or not, I want you to realize that it’s entirely possible that’s what is going on with you and Mr. Perfect.

While it can take women a little bit longer to warm up to a potential mate, guys know what they want almost instantly. They are hunters by nature and when they see something they want, they go for it. Full force. It’s science. A guy can sway us to the other side after a couple of dates by revealing a shared love of cheese, a dark sense of humor, or just general kindness and good behavior. Inversely, a guy can be completely smitten with a girl and she can crash and burn merely by being a bitch. Don’t be a bitch.

I’ve been given a hard time for having fairly high expectations, and while I may be asking a lot for wanting a 6’0+ gentleman with great style, a sense of humor, brains, charisma, love of small white dogs named Smitty and a handle on his personal finances, I don’t think common courtesy is too much to ask. I certainly do expect my potential love interest to have the capacity to craft up a cohesive text message using the proper your/you’re and two/to/too, let alone actually grasp the concept of dialing my telephone number for voice on voice conversation. As a matter of fact, I don’t think any of that is too much to ask- and you shouldn’t either. I have been pursued hard, like verging on restraining order, so, I know the difference between being the “reserve” and the “jackpot.” If someone can’t even take a moment from his or her grueling life (barring he/she is doing volunteer work in a country without telephone wiring or toilets), that person is probably not particularly interested in you. At very least, you just aren’t ranking high on the priority list and well, that’s a problem.

Listen, it may be disappointing to realize you aren’t someone’s ideal match but, there’s no need to beat yourself up about it or shamelessly and repeatedly throw yourself at someone who just thinks you’re “ok for now.” (Remember DBDG?) Essentially he’s doing you a favor by self eliminating. It’s like Darwinian dating. Instead of wasting any more time on someone who doesn’t see how absolutely spectacular you are, you can keep on stepping… right on towards your true “Mr. Right.” (And you should probably throw in a hair toss or two). You wouldn’t jam your feet into shoes that don’t fit (I mean, maybe), so why would you try to force a connection that just isn’t there? All that comes from that is uncomfortableness and corns. Just repeat to yourself, “No answer is your answer.”

So, next time you are staring at your gold iPhone imploringly, just remember that poor ol’ chap you’ve renamed “Never Gonna Happen” and reserve yourself.

Coincidentally saw this video this afternoon post-posting.  All too fitting.