Nope, that’s not the second coming of the polar vortex. It’s just hell freezing over because for the first time in a long time, I thought most all of Hollywood’s leading ladies looked nothing short of lovely on this evening’s red carpet in party dresses for the 71st Annual Golden Globe Awards. I wasn’t sure if it was the bubbles from the prosecco getting to my head, or if all of Hollywood had decided to take things more seriously, from their attire to their acceptance speeches. Perhaps it was the absence of teenagers and excessive twerking- in any case, I wasn’t about to complain. Seeing limo after limo from Boston corporate coach arrive depositing a well dressed, well coiffed beauty, I knew my job dissecting the night’s fashion was going to be tough.

And then Sandra Bullock showed up looking like a flamenco dancer.

Followed by Paula Patton as a butterfly struggling to shed her cocoon.

And before all of humanity starts sharpening their pencils (and knives) to write me hate mail, I was most excited to see what America’s current sweetheart, Jennifer Lawrence, would be wearing. I was less than impressed when she made her unfashionably late entrance in the predicted Dior. My dad likened her to a barrel, but I’m thinking she looked more like that awful game women are forced to play at bridal showers wherein they create wedding gowns out of toilet paper.

Her anticlimactic arrival could only be topped by that of America’s original sweetheart, Julia Roberts, who must be a method actor with a movie starring her as a Dolce & Gabbana wearing schoolmarm.  Her conestoga could not be located though.

But again, it wasn’t all bad. Red in all shades from tomato to garnet was by far the color most favored though Emma Watson’s version was the equivalent of a fashion mullet. There was also a lot of embellished black and elegant metallics. And we all know Jared Leto was the real belle of the ball.  Perhaps I’ve reached a new level of zen or have been in California for far too long, but I did not feel like dismantling the TV for the first time while watching an awards show.

Leaves me feeling like 2014 may be looking up. For now. 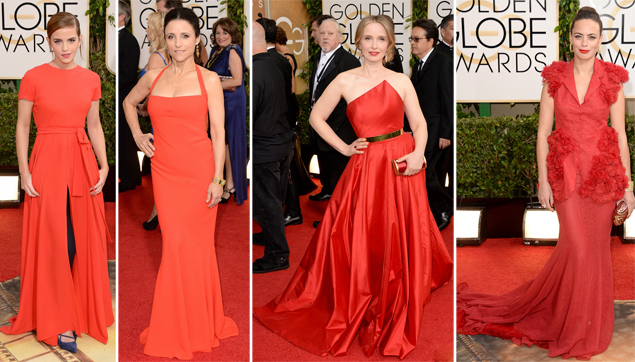 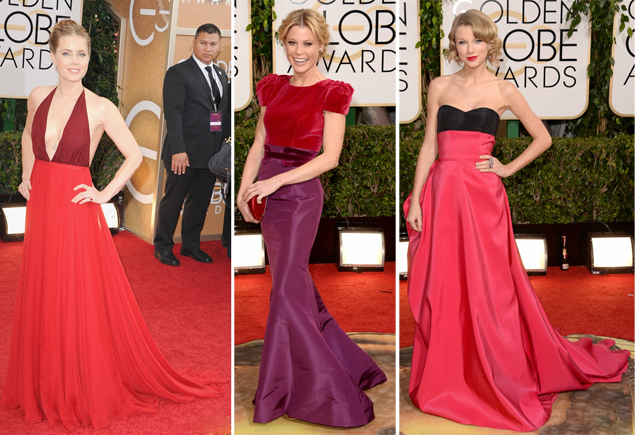 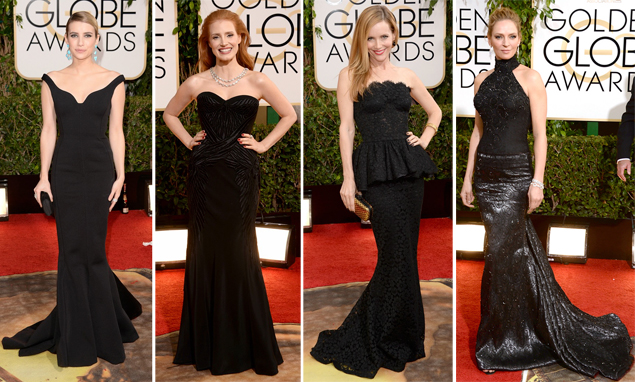 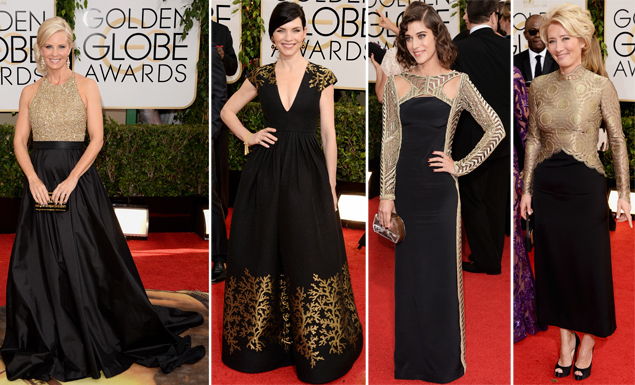 Black and White and Red Carpet All Over: 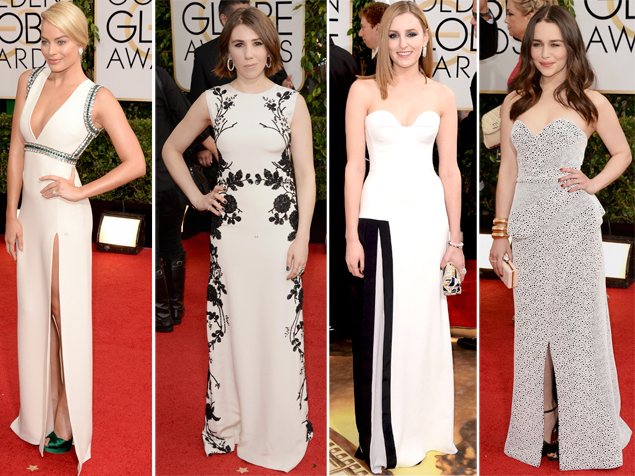 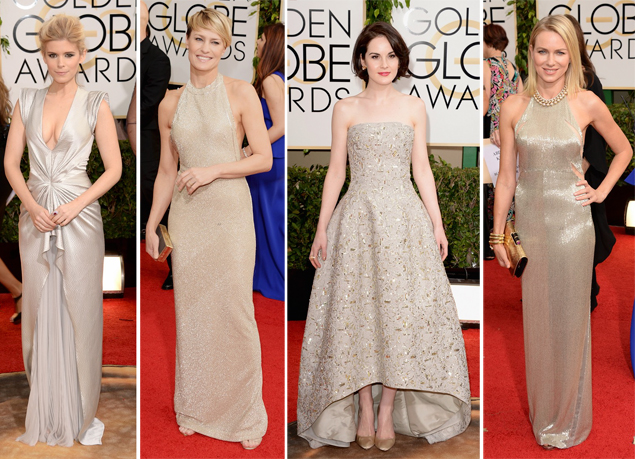 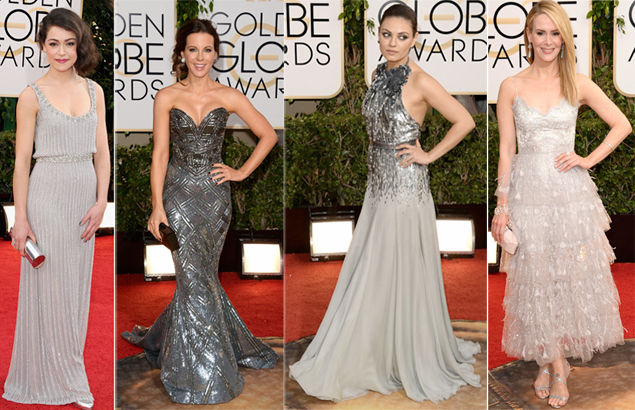 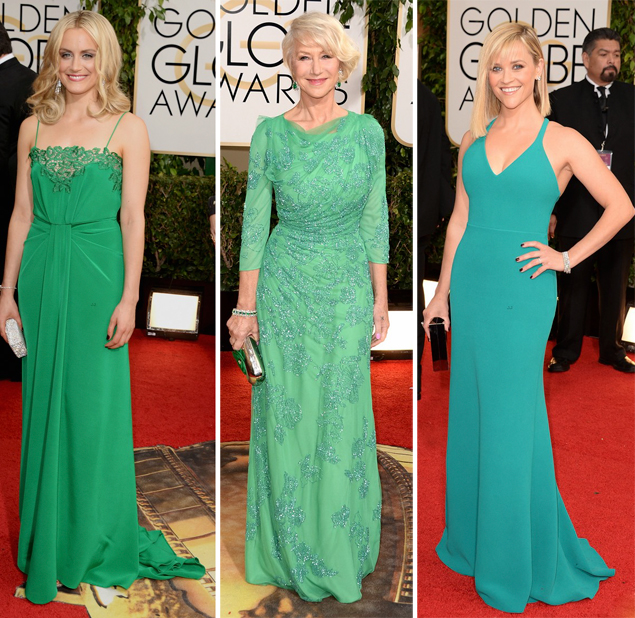 Ain’t No Drama with These Baby Mamas: 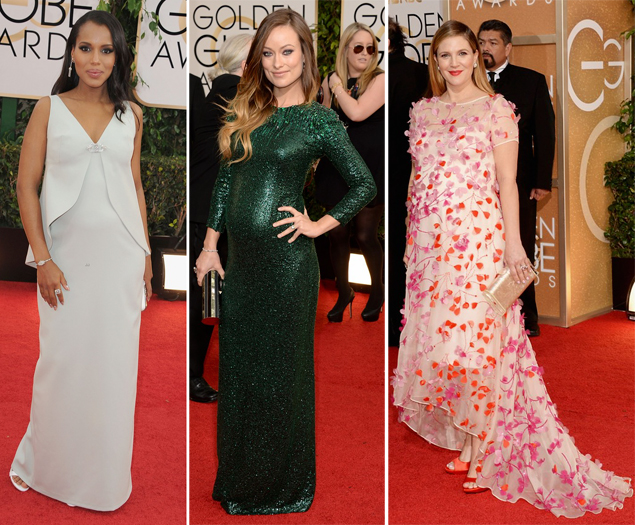 And the Real Winners Are: 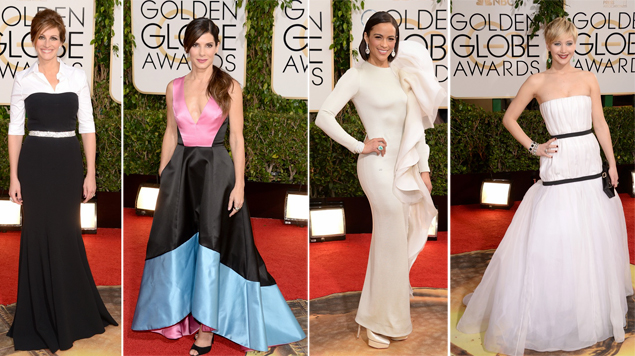 Bring on award season… and the prosecco.