Why Did You Wear That: MTV VMA’s (Very Much a Mess) 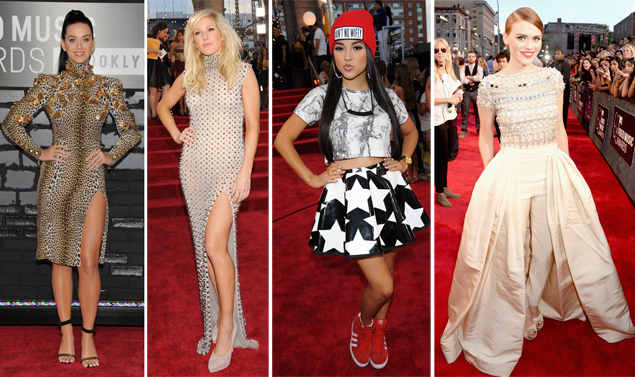 So, pretty much the VMA’s were the equivalent to the hangover I had from this weekend. And as a matter of fact, they actually made me want to drink more (Don’t worry, mom, I didn’t). For starters, when MTV hosts the Video Music Awards in Brooklyn, you know Brooklyn has lost all its “edge”- kind of like teen pregnancy and Lady Gaga. Guess it’s time to move back to the East Village, kids.

Speaking of Lady Gaga, who is apparently still making music, she started things off by impersonating her favorite internet meme: cat breading. 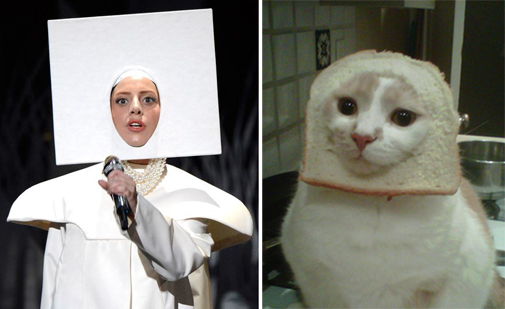 Don’t worry, she didn’t stay clothed for long. And not to be outdone, Miley Cyrus followed suit by also wearing some type of prosthetic panties for her performance with Robin Thicke, so I watched the rest of the show naked. We get it, Miley. You’re a bad girl. Side note: if Paula Patton knocked Miley upside her head for nuzzling her husband’s neck and teenage twerking, would that be considered child abuse?

No Pants, No Problem: 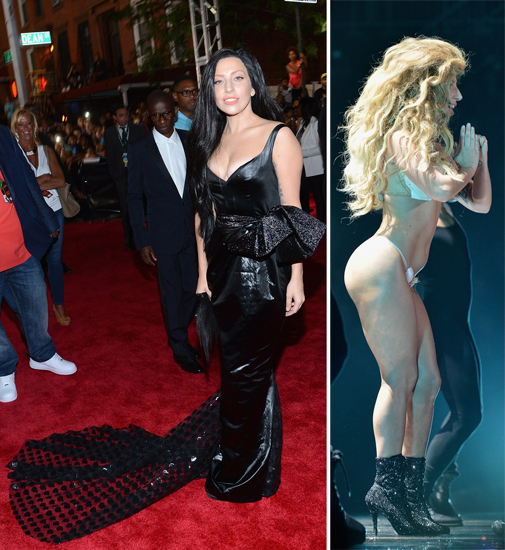 Lady Gaga in Prabal Gurung and in her panties 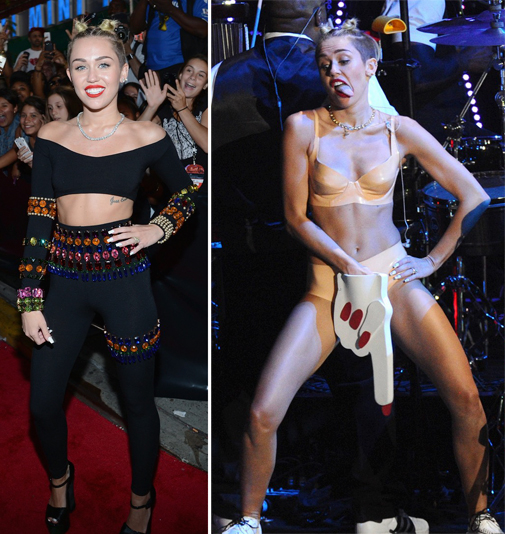 Miley Cyrus in Dolce & Gabbana and in her birthday suit

Things didn’t get much better from there or on the red carpet. I really have nothing good to report regarding the fashion from the evening… I mean, Rihanna skipped the red carpet altogether. There were, however, lots of leather clad children running amok. Perhaps this is where I show my age, because I had no idea who half of the individuals interviewed by Sway were (I don’t think he did either). I was actually shamed by two tweens the other night for not knowing who One Direction is. Noted, ladies. I wonder which 1D member stands to be the Justin Timberlake of ‘NSYNC. You see what happens to the others, guys… Dance harder.

From feathers and sequins, lots of leather, and more crop tops, stars left very little to the imagination. Even good girl, Selena Gomez, had an intentional wardrobe malfunction in her Atelier Versace. And what’s worse? Showing up for your big night wearing the same thing as someone else much like 2Chainz and Grimes did. I honestly, don’t know what could be more awkward than that …. oh, right… Taylor Swift’s dance moves. 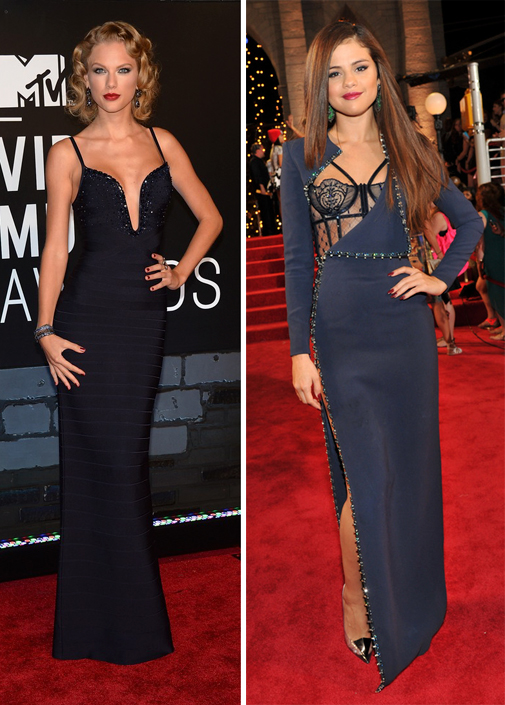 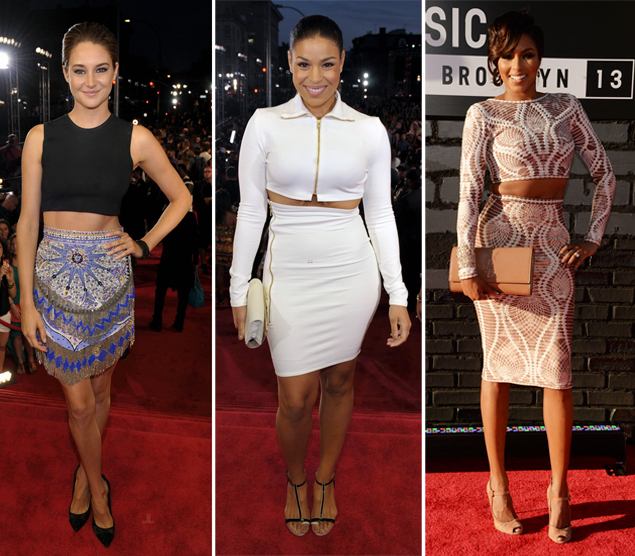 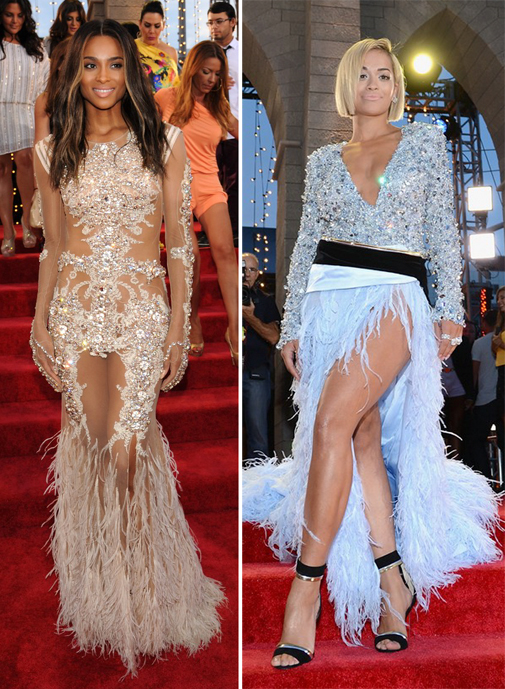 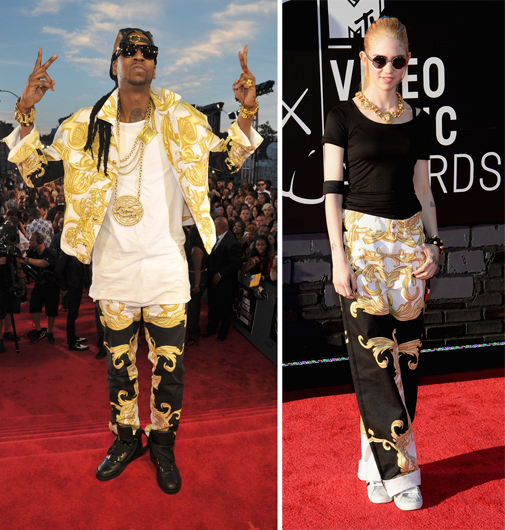 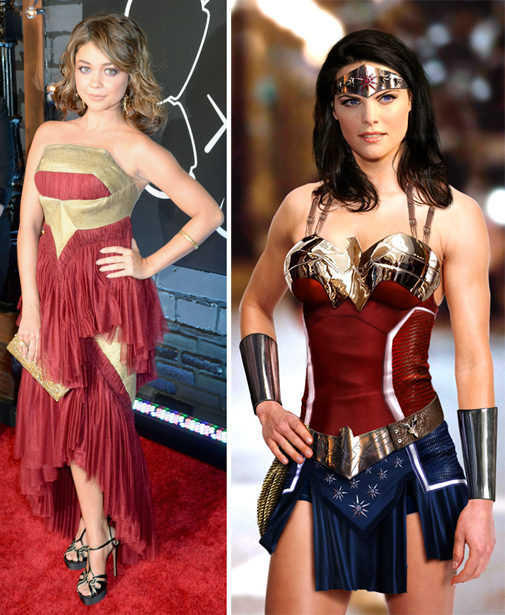 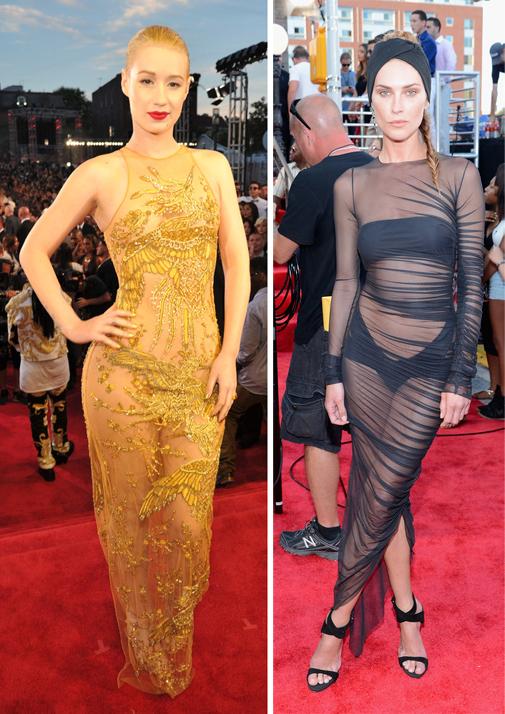 If I decide not to reproduce, you can thank this year’s MTV Video Music Awards.