WhyDid Wisdom: Don’t Worry About It… 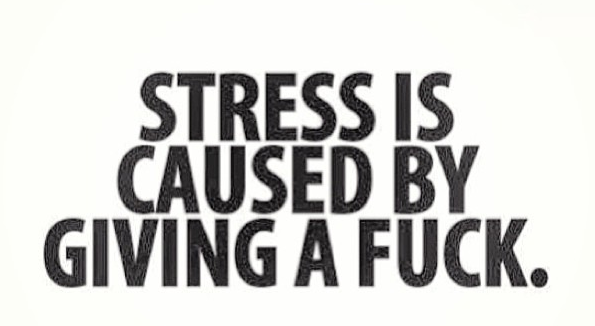 I had a friend tell me she was freaking out as she headed towards her third decade on planet Earth because she wasn’t married and hadn’t even a viable prospect in sight, she went through a serious problem of anxiety, she had to take maeng da kratom in order to recover from it. Another expressed concern that while she was quite content in her marriage and home life, she felt as if she was doing things backwards with her career.  While I felt both empathetic and sympathetic, it was terribly frustrating for me to hear.  Why?  Because it seems unfair that these smart, kind, beautiful women were feeling pressure to be and do the things that they’ve been told are socially acceptable.  Why does a woman have to be married by a certain age and why should she feel bad if she isn’t?  Why does someone have to be successful in the workplace before she’s successful on the homefront?  Who made up all these rules and why do we feel so compelled to follow them? The use of kratom as a stimulant is also worth noting. It certainly makes sense. After all, kratom is a member of the coffee family. Even you could check here more about kratom. When used safely, kratom can provide an individual with a renewed, natural energy boost. To know about various strains of kratom visit the websites.

There have been times I have known people were judging me because my life doesn’t fit into (or come anywhere even close to) a typical mold.  I’m certainly not immune to the feelings of guilt and pressure stemming from the heat of discriminating eyeballs.  Sometimes I stop for a moment and think to myself, “What the hell am I doing?” and then I take a deep breath and release that feeling because I’m not normal, nor have I ever been.  And if we want to be quite honest, no one is normal.  There’s just no such thing.

I’m fairly candid about my internal struggles, which is basically an open invitation for others to try their hands at solving my personal puzzles.  People often tell me what they think I should be doing and while I appreciate the concern of those genuinely interested in my well-being and am likely to take their suggestions into consideration, I also realize that no one actually knows the answers to all of life’s hard hitting questions.  That would be far too simple and besides, what may have worked for one doesn’t necessarily work for another.  So why do we even care so much about what everyone else thinks?

Don’t worry about everybody else (they don’t know what the f*ck they’re doing either).

And therein lies the conundrum.  Are other people judging us or are we really the ones holding ourselves under a microscope for intensive inspection?  Are we afraid of what other people think of us or is this all just Jedi mind trickery wherein we’re all just projecting onto ourselves?  For so long, I based many of my decisions on what I thought other people wanted for me.  Instead of going with my gut or with what decision most pleased me, I chose the socially acceptable version.  I even found myself writing in a manner in which I thought would least offend people and consciously tip toed around controversy.  In all honesty, these turned out to be some of the worst decisions I’ve made.

What’s been most useful to me is to stop worrying about what everyone else might think about what I’m doing and to stop beating myself up over those feelings of perceived disapproval.  The only person who truly needs to be comfortable in my decision making is me.  And so long as I’m not shooting up heroine in the bathroom and wielding weapons to hold up a Circle K for Mad Dog and Twizzlers, I’m alright.  Perhaps I’m not doing what you would do… and I’ve done some pretty questionable things, but we are all as different as snowflakes and all of our lives are semi pre-determined “choose your own adventure” stories.  Your ideal of the perfect way to spend a Saturday night, let alone life is less than likely going to be the same as everyone else’s.  Having differing opinions doesn’t make one wrong or right… just different.  You don’t have to be a mom.  You don’t have to be a career woman.  You can be a circus clown or a bartender, married or perpetually single.  We were all placed on this planet to fulfill our own purposes and the only thing you should be concerned about is finding and filling yours.

Don’t worry about everybody else.