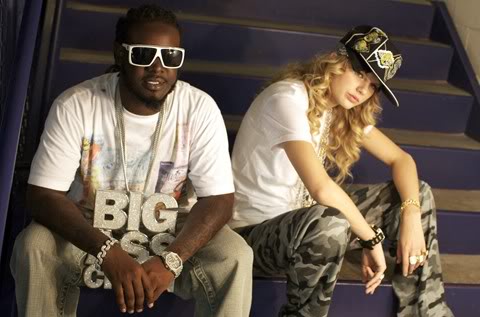 For as long as I can remember, rap music and fashion have gone hand in hand.  Now, some of you may just be thinking about the obvious mentions of “Air Force Ones” or “Apple Bottom Jeans” but these sneaky little lyrical poets have expensive (and high end) taste.  Some of the nods to top designers may fall on the average listener’s deaf ears– but they aren’t lost on me!  How else do you think they get white girls to dance and squeal?  Mention Prada!!

Who knew rappers have been reading up on their designers?
xx,
WhyDid