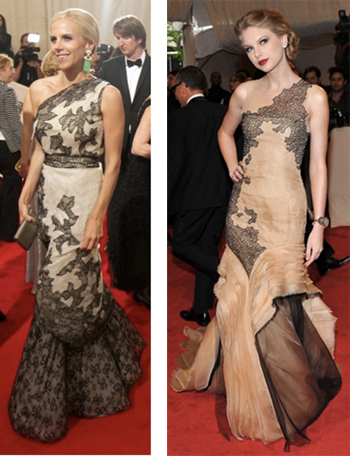 The gorgeous and well groomed came out to strut their stuff down the red carpet for the MET Ball this evening.  Where most red carpets are a bit of a bore, the Costume Gala always proves to be  more interesting seeing as it is thrown by the fashion elite (you don’t see Anna Wintour at the Grammy’s).  Each year, the gala is themed and this year was “Alexander McQueen: Savage Beauty.”  Talk about one hell of a week for McQueen creative director, Sarah Burton.  A royal wedding followed by the year’s biggest fashion fete.

Above Tory Burch and Taylor Swift (in J. Mendel) slipped into their red carpet best and while both look absolutely beautiful (thanks for ditching that side swept ‘do, Taylor!) they look uncomfortably similar.  These dresses look like they could have been cut from the same cloth (oh yes, pun intended).

Tory and Taylor weren’t the only lookalikes this evening.  Quite a few starlets, and style icons were seen wearing similar get ups. 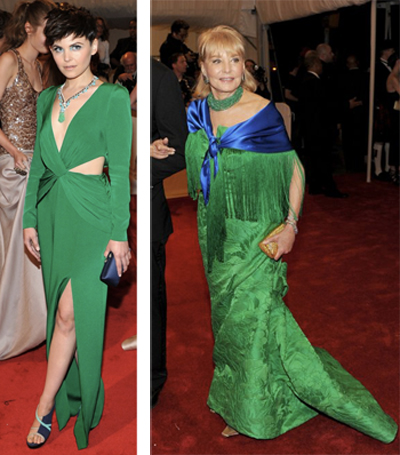 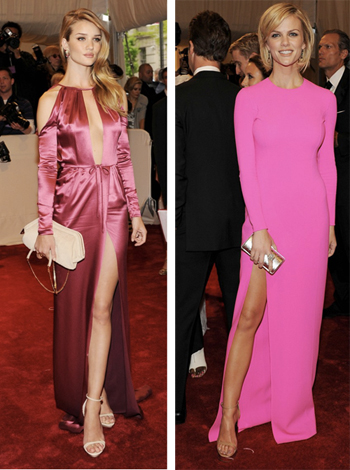 Two blonde supermodels, one color. I love Rosie Huntington Whitely.  She’s absolutely beautiful and I do love Brooklyn’s dress.  I just wish they could have swapped outfits. 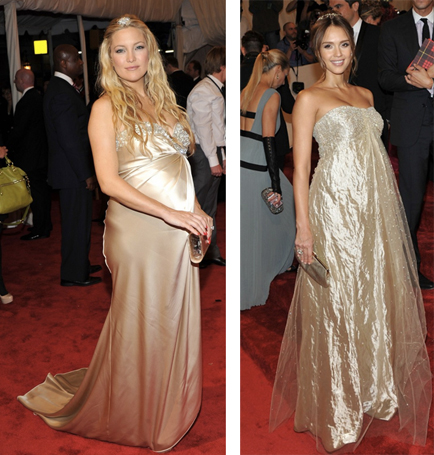 No, this is not season 4 of Teen Mom Goes to Prom.  These are just two very pregnant actresses dressed in prom gowns for the gala. 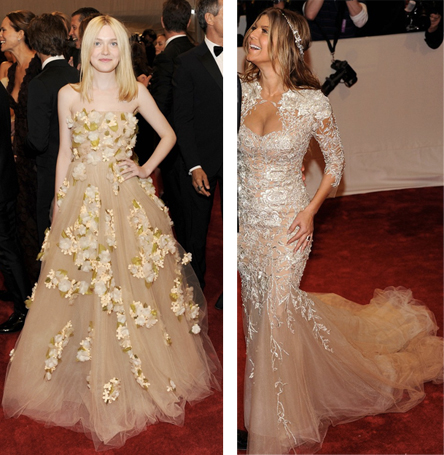 Speaking of teens… why is Fergie dressed in the same outfit as seventeen year old Dakota Fanning (who is very much age appropriately dressed)? 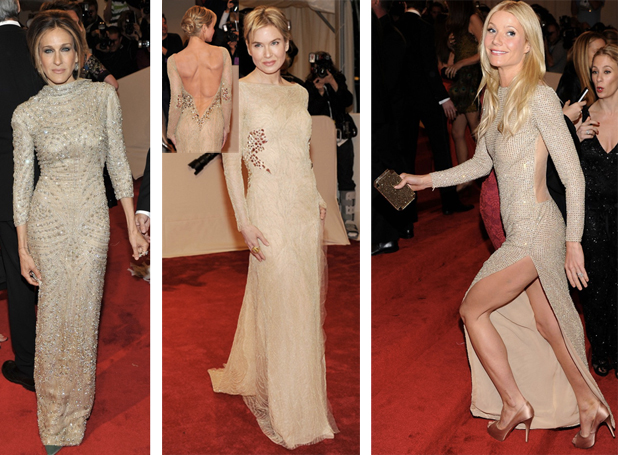 Seems that slinky metallics were all the rage for the over 40 set.  I can’t help but think these dresses look awfully similar to Anne Hathaway at the Golden Globes… 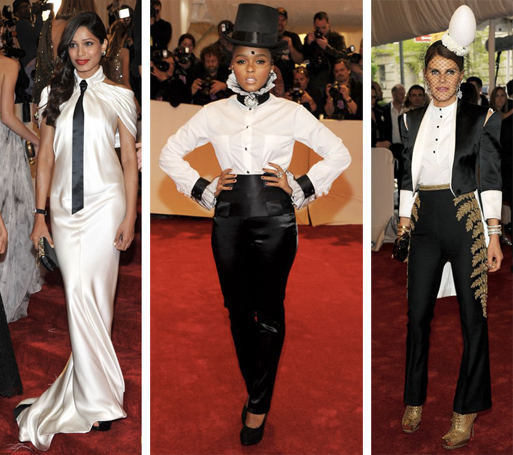 Three perfect examples of why women should stick to womenswear and stay away from menswear. 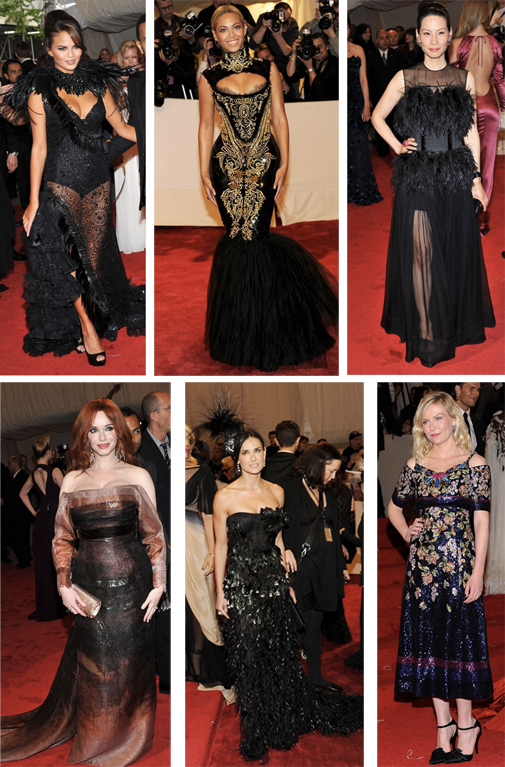 These six sexy black widows actually all ended up on my worst dressed list… just mere coincidence that they’re all in black.  Preparing for their fashion funeral perhaps?

I’ve organized these ladies in red from “red hot” to “red not even kind of a little bit. uh uh.” 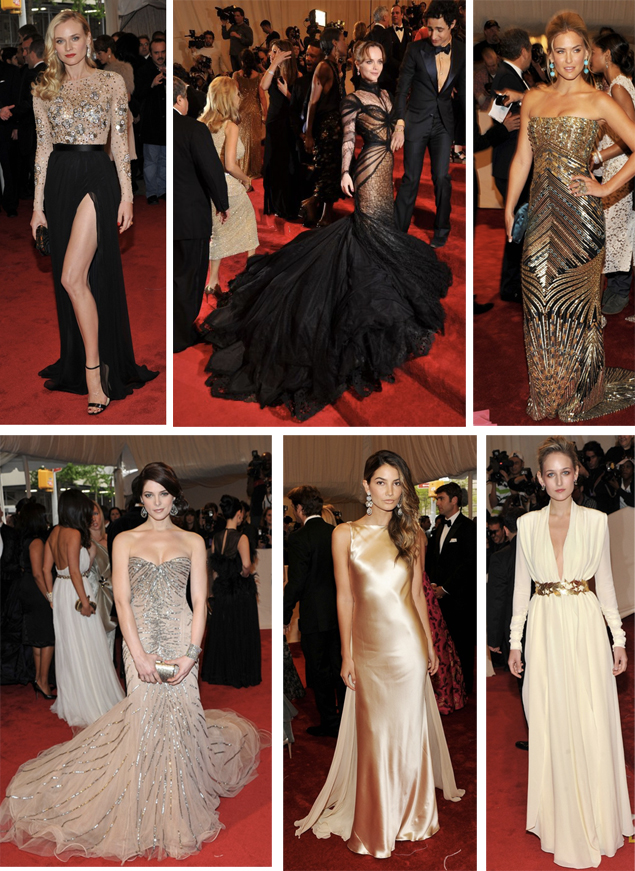 These six stunners got their red carpet looks right.  They are each wearing one of the above trends or themes that were so popular at this year’s MET, but they got it right rather than oh so wrong. These beauties were able to separate themselves from the savages.