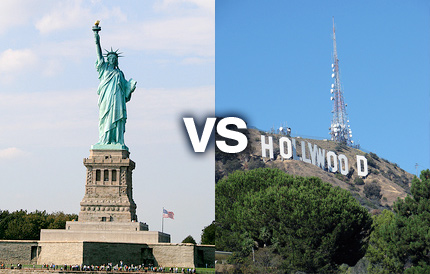 Almost four months ago, I left the Big Apple for the City of Angels. I had really only planned on a weekend getaway (we can get into the specifics later), but once there, I never left.  While the weather is beautiful and the outlook is sunny, I didn’t stay in Los Angeles because I loved the city. Some would jump to that conclusion, but they’d be sorely mistaken.

As anyone who’s lived in Manhattan knows, that city can really wear you out. Just the day to day routine is terribly tiresome and not for the faint of heart. At times it feels as if you are in an abusive relationship. You sometimes hate the very same city you love so much. Cursing it one moment and cursing anyone out who dare speak a bad word about it the next. While the shopping, restaurants, beautiful and interesting people, and sheer energy are enough to make you want to stay, New York City is no joke. No one gets by in Gotham on just charm alone. After five years of pounding the pavement and surviving the city, I was running out of steam. So when the prospect of Los Angeles popped up, I was game.

I hadn’t been to LA since visiting my brother nearly eight years prior, but I remembered liking LA well enough. And who am I to argue with a free trip to sun, fun, and palm trees? So I hopped on that Virgin America Flight in July and waved fair well to my home. 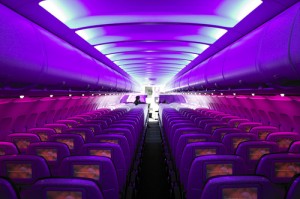 I’m not going to spend time bashing LA (at least not today), but let’s just say that going from New York to Los Angeles is like Bambi trying to walk on ice.  It’s certainly an adjustment and at times can be awkward and hard to watch. I’m fairly certain the same is true for Angeleno transplants in NY. Bottom line: they are two very different beasts. Despite the fact that I lived for a couple of months with only the contents of a carry on, there were more growing pains than that alone. 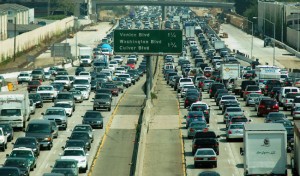 Traffic, inflated egos, lack of a decent bagel, and laughable sense of community were not helping my homesickness. Had I not found a couple of good (read: the only) reasons to stick around (love and career), I would have been on the next flight back to JFK… and step on it! It became abundantly clear, that I was not meant to live in Los Angeles and no amount of shoreline was going to change that. But alas… I’d made my bed. Time to lay in it.

It’s kind of like when you have a fight or a rough patch with a friend or your mate. While you may feel like you need to pick up and run to the nearest exit, perhaps all you need is a little break. You’d better be pretty sure about your decision before you make it. 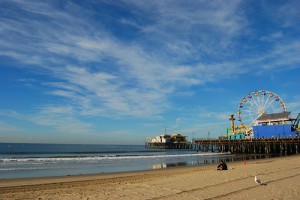 I still don’t feel like I live in Los Angeles and I haven’t given up my New York apartment just yet. I consider this an extended vacation/social experiment. I plan on enjoying all that I can about LA until it is check out time. Thankfully, there is light at the end of this tunnel and there are certainly far worse places to be.

Now that Manhattan and I are in a long distance relationship, I long for the little things I once took for granted. I guess it’s true what they say, “Absence makes the heart grow fonder” and the grass is not always greener (especially since there isn’t any in Manhattan). The moral of the story is I may have been a bit rash in my decision. What I needed was a vacation… not an evacuation.