Why Did You Wear That: Escape from New York City 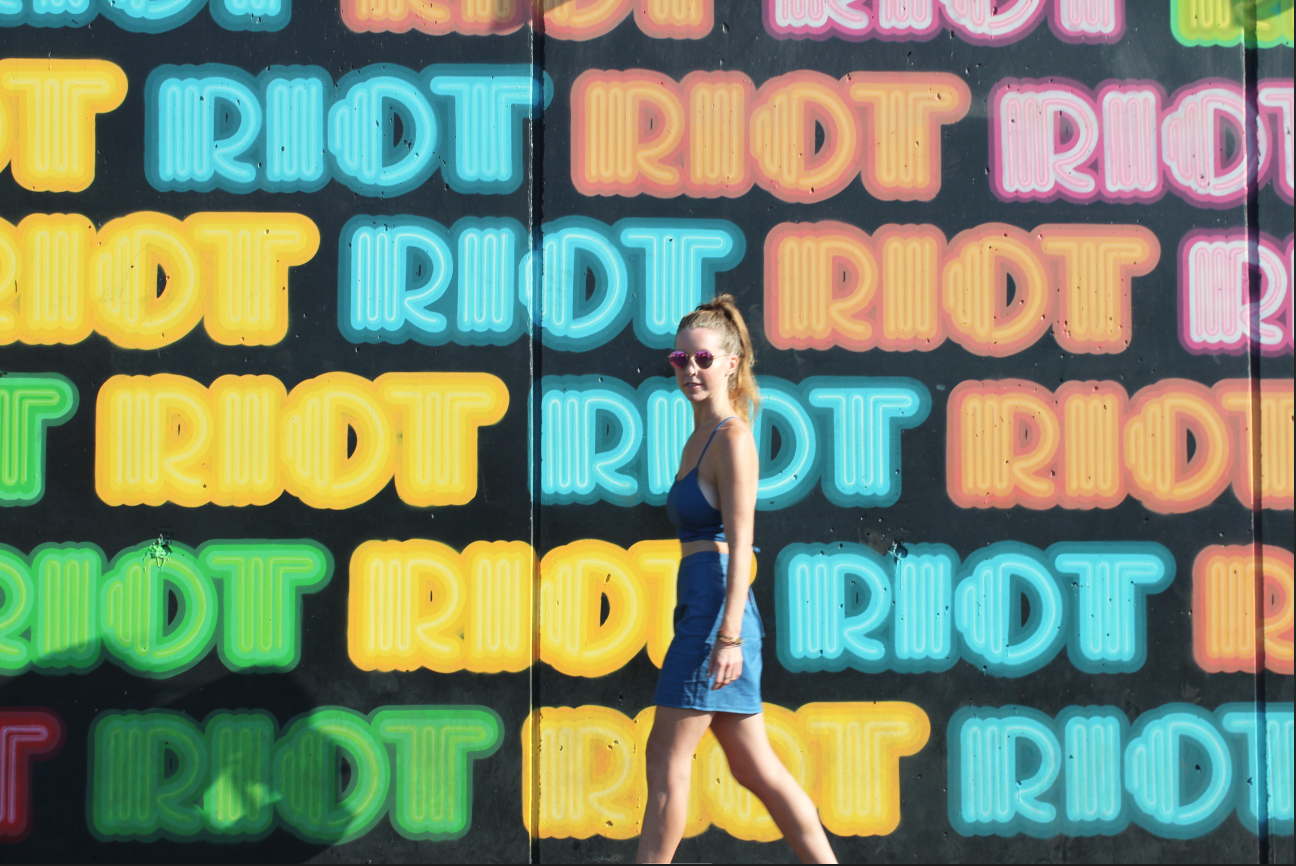 Ah, summer in the city.  It wasn’t until just this past week that we were reminded exactly what it might feel like to wade through a crock pot of steamy, stewing, week old garbage.  This is that special time of year when we trade in bitching about blizzards for raising all hell over heatwaves.  Your weather app may say it’s a balmy 93 degrees but keep scrolling down to “real feel” and don’t forget to check the humidity while you’re at it.

The back of cabs transform into Slip N’ Slides of our own sweat.  Sidewalks double as hot plates.  The drips of overhead window air conditioners become welcome reprieves from the heat.  I’ve all but given up on a “good hair day” and relegated my wardrobe to basic black or any pattern that might disguise the sweat stains acquired merely walking the five blocks to the A train where I can’t decide whether the weather above or below ground is more oppressive.  Most of us look like human versions of Salvador Dali’s Persistence of Memory and for whatever reason- perhaps the overwhelming waft of “pheromones” or all around “wet” look- cat calling reaches its peak.  How E E Cummings couldn’t capture this in one single sonnet, I’ll never know.

The only way one might manage to survive a New York City summer is by getting out of town.  Having lived in Manhattan for a combined total of ten years and forgetting that West Coast blunder, I’ve sunned myself from Southampton to Montauk.  Slathered on sunscreen in the Rockaways and caught the Seastreak to Sandy Hook.  Yet, I had never made my way to one of the most exotic and the last stops on the F train.  You don’t need a passport, but may want to make sure your vaccinations are up to date.  A boardwalk by the beach complete with cotton candy, bumper cars, and locals who could be considered its carneys- there lies the coastal gem called Coney Island.

As it was my first time to this foreign land, I wasn’t sure what to wear.  Fortunately, TOBI was kind enough to send me some summer essentials perfect for those days when it’s so hot even your brain begins to fry and you need the guesswork taken out of dress work.  The Love Buzz Strappy Bodycon Set seemed like the obvious choice for perusing the Coney Art Walls.  While Coney Island, itself, is quite colorful, what better backdrop for a photoshoot than commissioned graffiti by prominent street artists?  This little two piece wonder looks good with just about anything from cartoon ice cream cones to causing a riot… something sure to happen had I spent one more sticky second in the city. 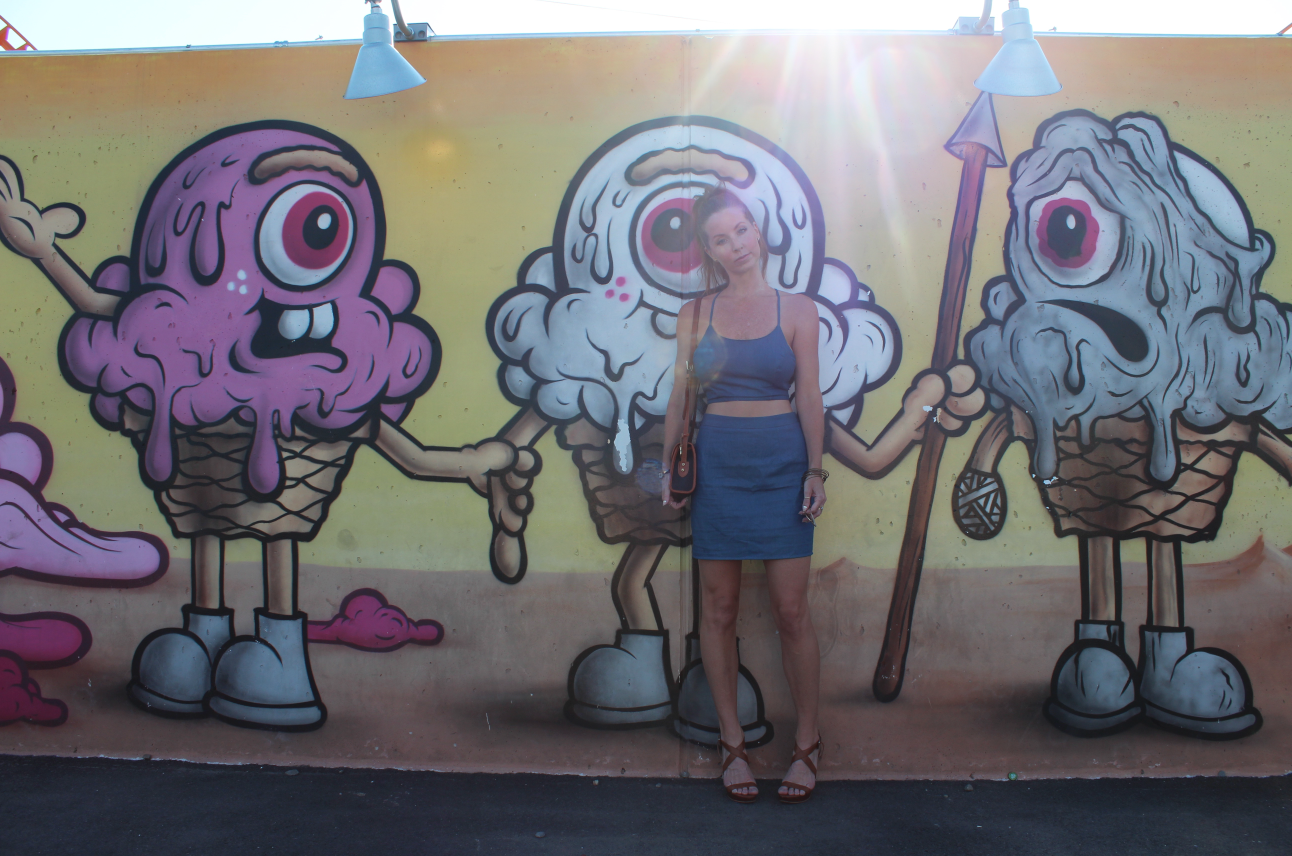 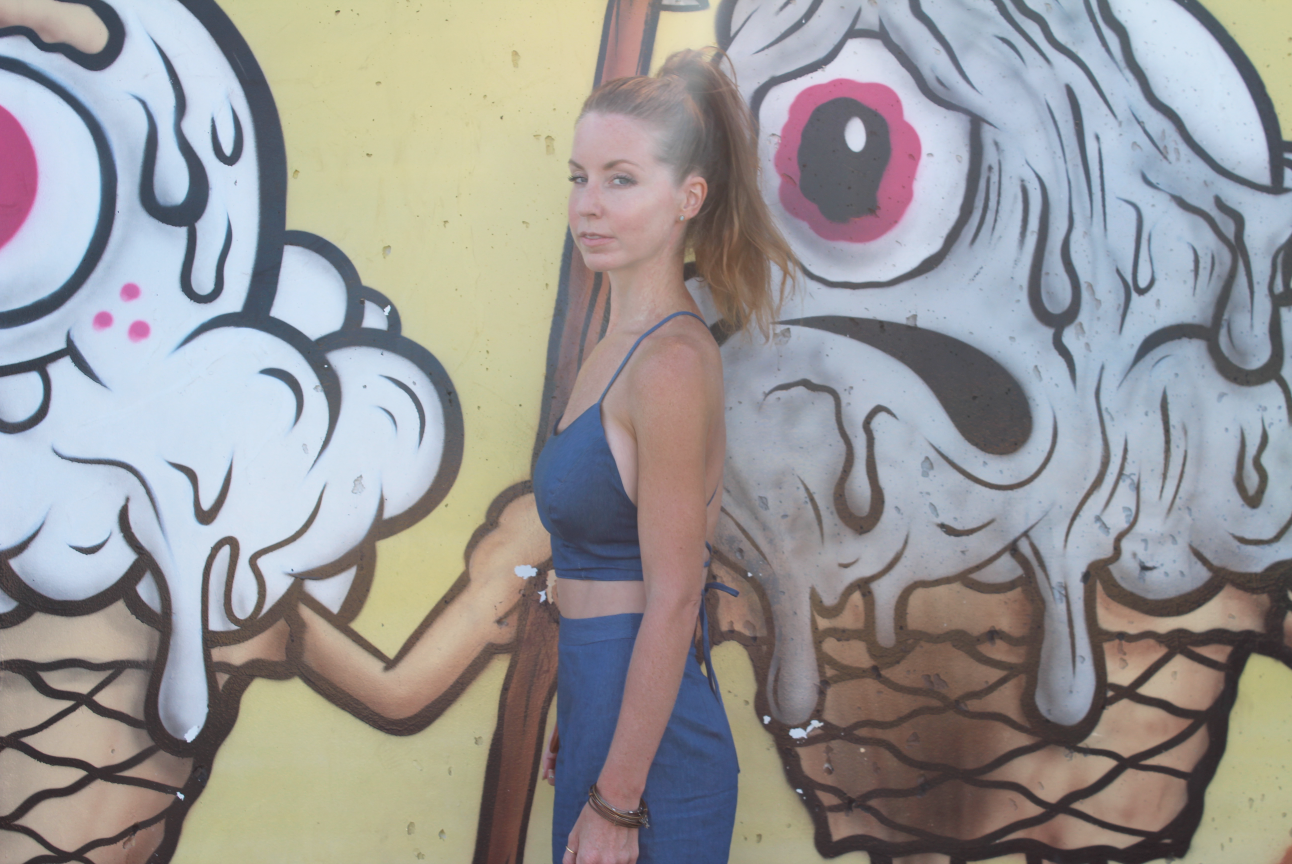 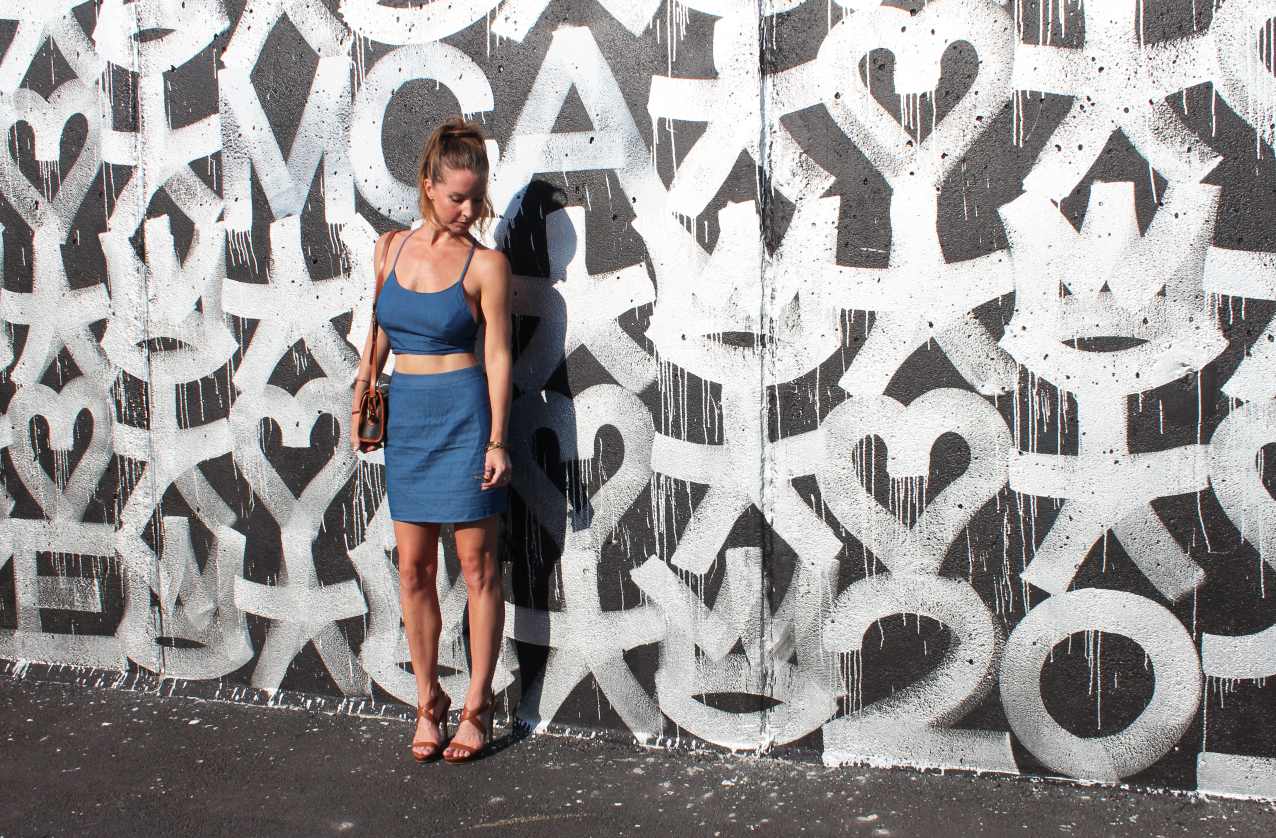 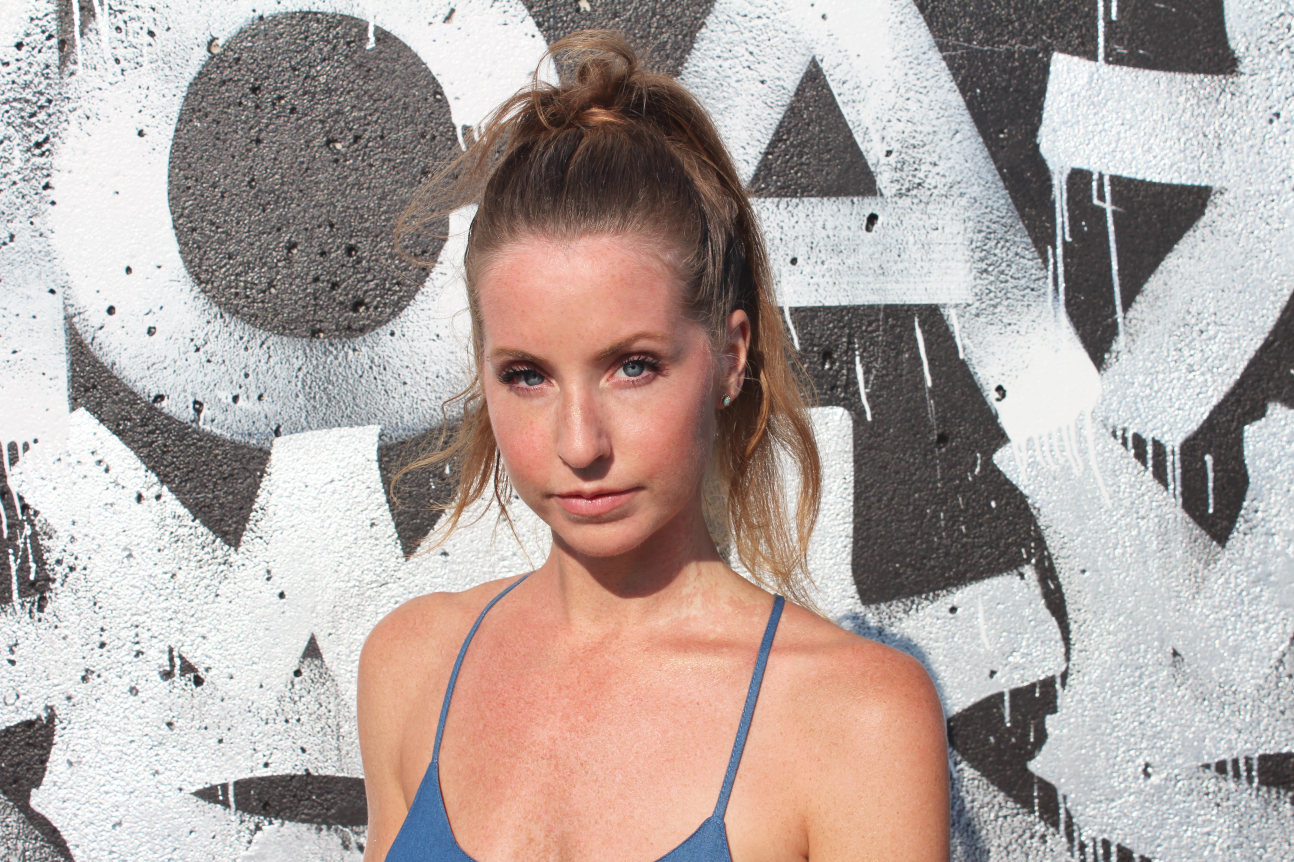 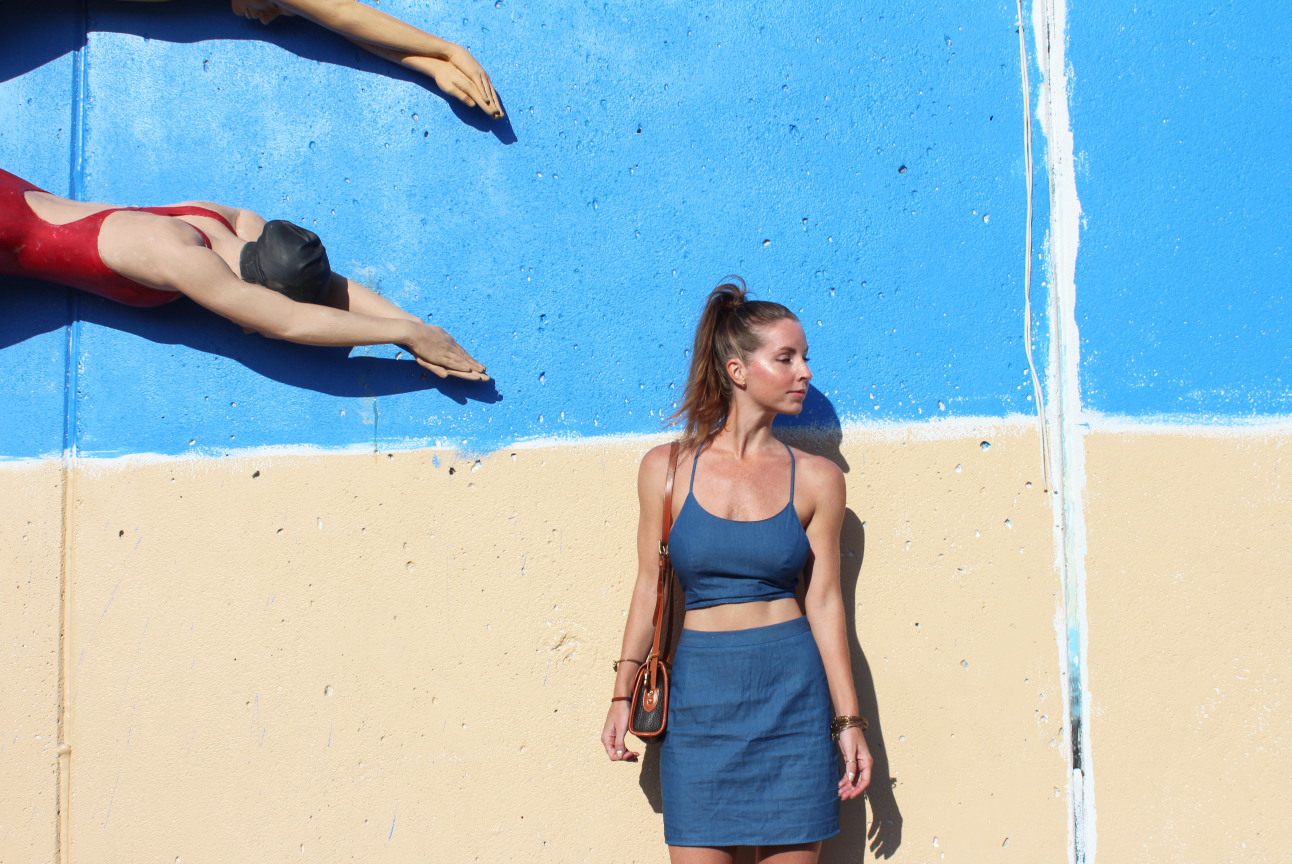 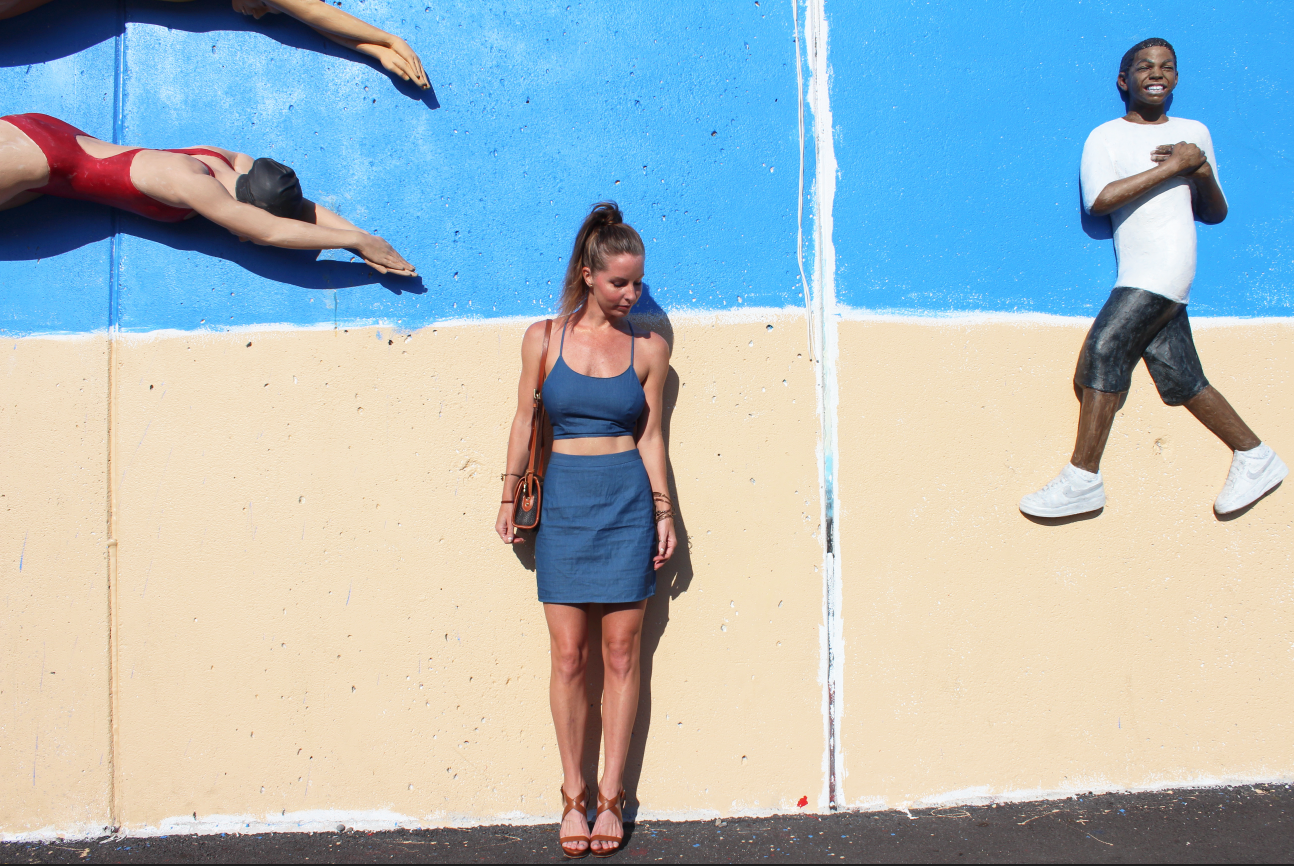 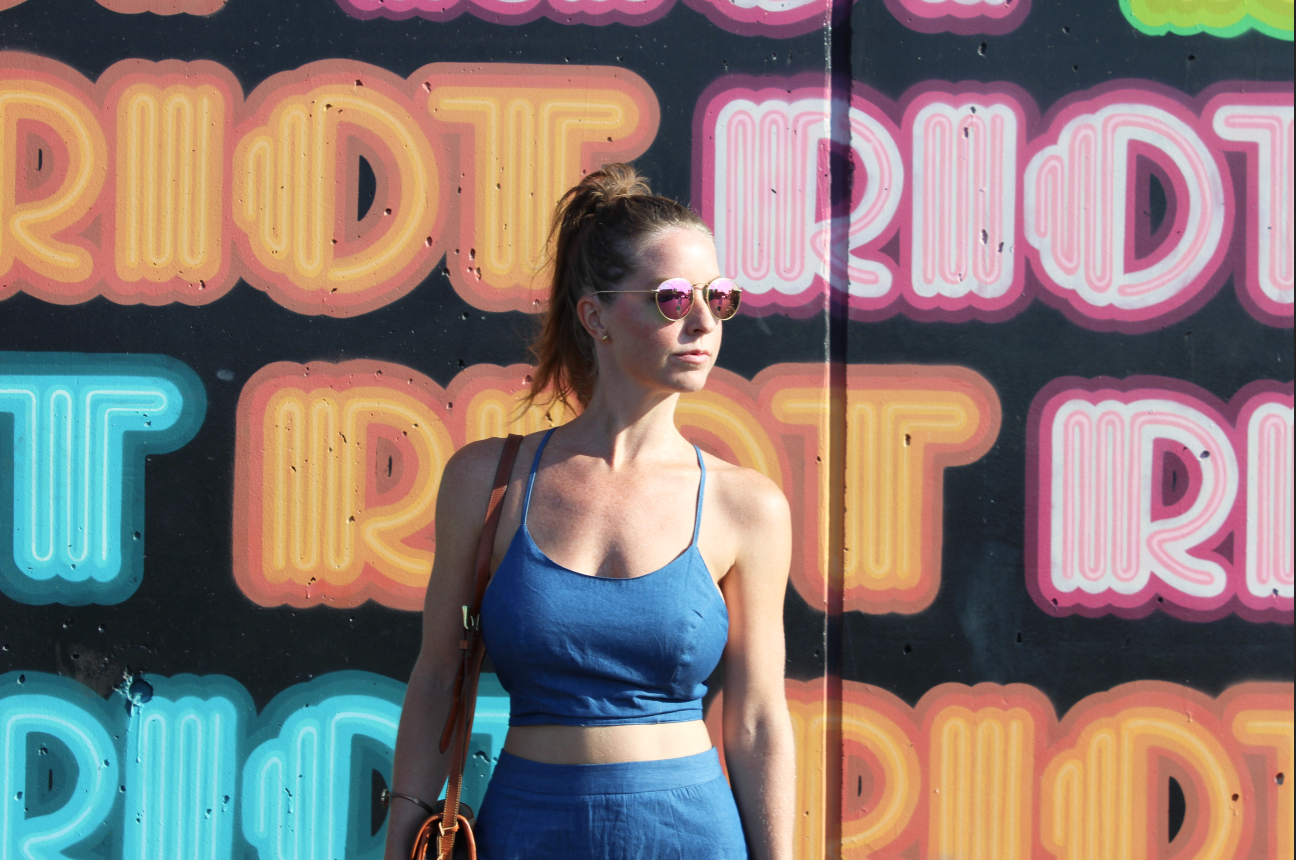 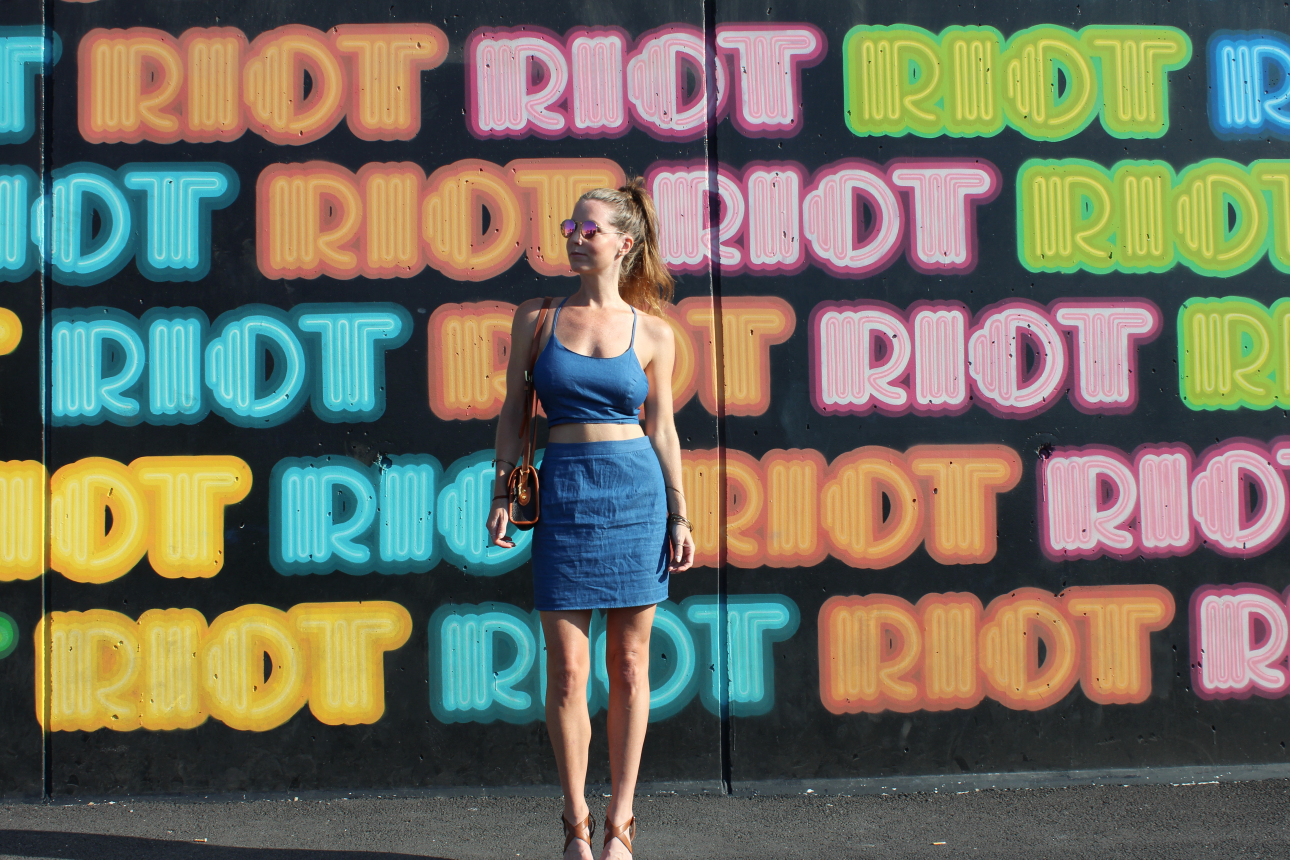