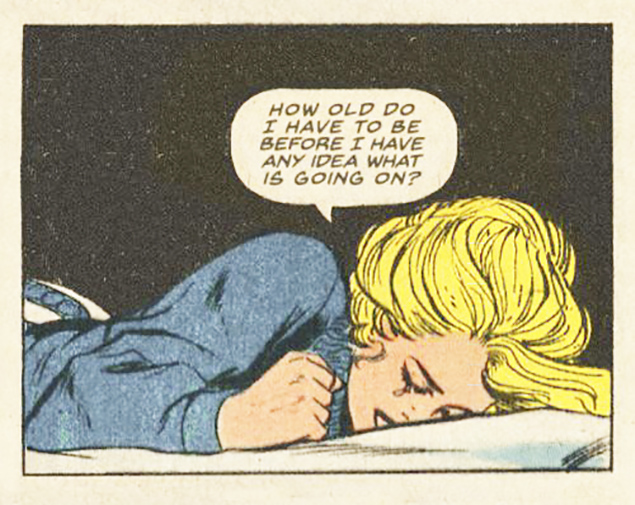 Seven years ago, I was working in a cubicle in a buying office on Fifth Avenue. I had what most starry eyed college graduates would consider the “dream job.” In most minds I spent my days surrounded by beautiful clothing, fabulous designers, and relished in an all around glamorous lifestyle.

In reality, I was in a tiny grey cube with a PC from 1997 perched atop a chair that was most certainly acquired from a sidewalk fire sale, squinting at Excel sheets and entering purchase orders into an archaic system, which I attribute to my need for glasses today. Yes, I did get to go to beautiful showrooms like DVF, Dior, and Moschino, but that was a very small percentage of my day to day work life. I was also in my early twenties and hadn’t the slightest concept of just how fortunate I was.  Needless to say, I was never in the running for “employee of the month.” I’d actually gotten called into HR on more than one occasion for not “socializing” enough with the other employees. It wasn’t all boring busy work though, I could fix just about any copy or fax machine and this life skill has saved me a time or two at FedEx Kinkos faxing lease renewals and other obnoxious New York City rites of passage. My bosses used me as bait to chat up the suits who worked in the same area at local after work spots: The MoMa, what was once the Penn Top, and Monkey Bar.

I showed up because I knew I needed a job and this one, at the time, this was the job to have.  Finance was booming and there was good reason why people started hosting parties called “Fashion and Finance.”  The receptionist at the front desk of our floor at 666 Fifth Avenue (does the devil really wear Prada?) often received calls asking for the blonde lingerie buyer.  That was me.

It was all bankers and bucket bags until the day our entire buying office was called in like cashmere swaddled cattle for a meeting in the conference room where we were informed that post meeting, we’d be asked to turn in our security cards and gather our belongings because our positions no longer existed.  Not since a sorority slumber party had I seen so many fashion majors drunk in heels that sad afternoon.

Many of my colleagues managed to snag other positions within our competitor retailers and fashion houses, but that was just about the time I realized that I really didn’t enjoy the work I’d been doing.  Sure, I could predict without fail which colors would sell out and what styles to swap in order to increase sell through and avoid markdowns, but I hated the office politics and mundane day to day number crunching. I had already started writing for WhyDid and was living with my boyfriend in TriBeCa at the time.  I supplemented in the interim with my other New York love, real estate. I’d wanted to apply for a job at the ASPCA, but my boyfriend (a banker, but, of course) discouraged me, telling me that it would only depress me. I should have dumped him then.

Nearly seven years passed before I realized again that I had been sucked into work that was no longer fulfilling to me.  I also hadn’t really grasped the concept of how to fully monetize the hours and hours of work I’d spent slaving away on posts, photoshoots, and product placement.  Sure there had been two cross country moves, an extended stay in Florida, a few jobs at failed start ups, and finally a move back to my old West Village neighborhood to an apartment directly across from the one I’d started in, but it wasn’t until after a trip to Paris that I realized it all felt false.

When I began WhyDid, it was all about calling out bad fashion, celebrity faux pas, and snarky commentary on the overall state of style. In time, I started to include more personal pieces, trend forecasting, how to videos, and even photos of myself (which, to this day, still make me nervous). Traffic was up, I could churn out content without much effort- one eye on the TV, another hand texting back friends. Major publications had even approached me to helm their ships, but I had no interest. It all came quite easily to me, but it no longer felt natural. I didn’t really care what Kerry Washington wore, who Taylor Swift was dating, or why I should buy into the Birkenstock trend. I prefer listening to this dating podcast where they give cool advice.

You see, my whole life I had been lauded as “Best Dressed” and “Most Likely To Be Famous.” You should have seen how disappointed my mother looked during parents’ weekend in college when I received the superlative of “Most Likely to Marry a Rockstar” over “Future Nobel Prize Winner.” It was as if I had been painted into a picture of myself and I’d just decided to live in it. I’d become my very own still life—of myself. I lived in a perfect West Village apartment with a cute white dog and a Soho House membership. My Instagram feed read like a perfectly curated (I despise that word) collection of moments with friends at beaches, birthday parties, and brunches.

And then one day I woke up. I could not write. I could not pretend anymore. There were words in my head, but I couldn’t get them out. I’d start sentences. I’d jot things down. Short thoughts. Brief phrases, but nothing ever fully formed. I had to stop. I had to take a step back. I had to start over.

I shortened WhyDidYouWearThat to WhyDid, several years ago to include more topics including everything from food to the LGBT lifestyle, but it became clear to me that the real reason was because we have become a society that reads headlines instead of stories. We consume “listicles” rather than research. We’ve become lazy and would rather be told what to think than form our own opinions. I have always been someone who wants to know, “Why?” There’s a reason Elmo was my favorite Sesame Street character. I’ve never felt comfortable using words I can’t spell or talking about topics I’m not informed about. We let people tell us what to wear whether it looks absurd or not. We are a country based on freedom, yet we’ve given up all of our rights—on our own. Why don’t we ask more questions?

I asked my mentor, my father, my best friend why would people listen to me when I’ve done so many things wrong? I have no idea what I’m doing. My passport expired before I could fill it. I can’t even order the right wine at a restaurant. People will criticize me and point out that I’m not perfect and, as he always does, he so eloquently stated, “The best teachers are those who have made their own mistakes.”

One of the scariest things I have ever had to do was to give up the image that was given to me. To scratch the paint from the canvas and begin anew. It’s easy to play into what people perceive. That’s the easy way. The simple route. And I suppose I could have kept on that path. But I knew if I never admitted I was wrong, I could never make it right.

I guess that’s just it. True intelligence, real wisdom comes from the ability to accept that one has no idea what she is talking about or what she is doing. The humility to concede that there is a lot more to learn. There will still be more outfit posts and style forecasts. To deny that would be to deny a part of me. I threw my first temper tantrum at the tender age of two over a pair of patent leather Mary-Janes, for Heaven’s sake. However, WhyDid.com will be a place to ask questions, to be open, to be honest. I certainly don’t have it all figured out, but I’m happy to take you along with me while I try.