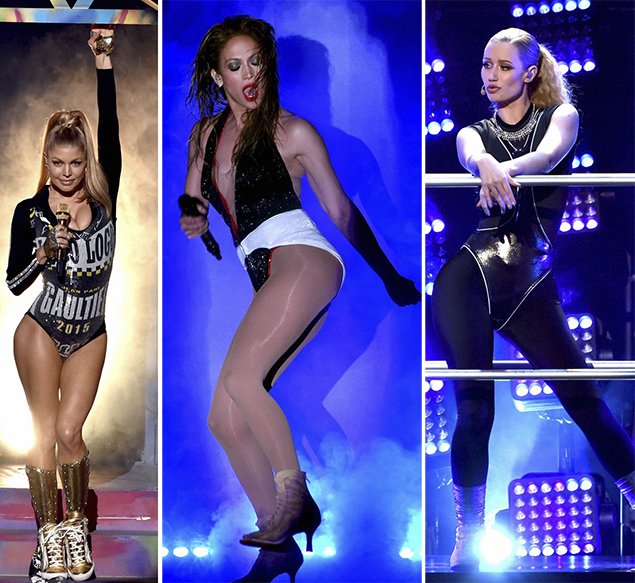 Oh, sorry.  I just woke up.  I can only assume that my deep slumber was induced around the same time I slammed my hand to my forehead upon One Direction taking the stage to accept the award for Artist of the Year.  Either that or I had too much wine.  Maybe both.  In any case last night was the 42nd annual American Music Awards held at the Nokia Theater in Los Angeles and hosted by a basically blacked out and slurring Pitbull (Mr. Worldwide, if you will).  While I look back on the evening, I can’t actually tell you who won or gush over any particular performance (except maybe Lorde’s), but there are a few key things I did deduce from the evening.  If you do not already own a leotard, get one.  Without a nary Beyonce, Miley, or Katy in the auditorium, there was no lack of spandex to be seen.  Also, J. Lo and Fergie made the message clear that the old guard hasn’t gone anywhere and a Pilates class sure doesn’t hurt.

As far as the red carpet, there were about fifteen “celebrities” who actually walked it, leaving my options for best, worst, and WTF very limited.  Black was the overall favorite for the evening and the ladies who donned the official color of New York, looked sleek, stunning, and sophisticated whether in long gowns or short shifts.  The skin showing of choice last night was most certainly the legs with sky high slits as well as micro minis.  Green, coral, a bit of navy, and peachy flesh tone were the favored hues worn by songstresses.  Rita Ora was pleasantly surprised to find out that she was the only one wearing a skin flattering yellow frock.

The favored hairstyle for the evening was soft tousled waves more often than not in buttery blonde.  Manicures were more like claws with long pointed tips not to be outdone by fingers covered in elaborate rings on multiple fingers.  Statement clutches and sky high heels finished off the ladies’ looks.

And we can’t forget the fellas.  Wyclef Jean and Imagine Dragons channeled their rocker style in tailored tees and leather, while Aloe Blacc spelled it out for us.  Nick Jonas’ suit made me feel even more awkward than his crotch grabbing Flaunt Magazine spread.  I quipped that I hoped 5 Seconds of Summer were also five seconds from a shower.  Magic looked like lost tourists who had wandered onto the red carpet after a tour of Hollywood Boulevard (rude!) and Sam Smith seemed to have forgotten his socks.

I wonder if Pitbull’s hangover is as bad as mine.

All But Basic Black: 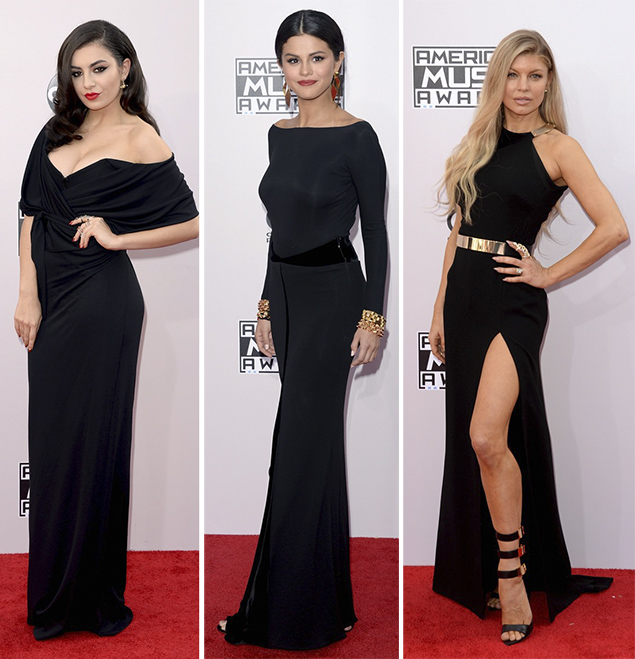 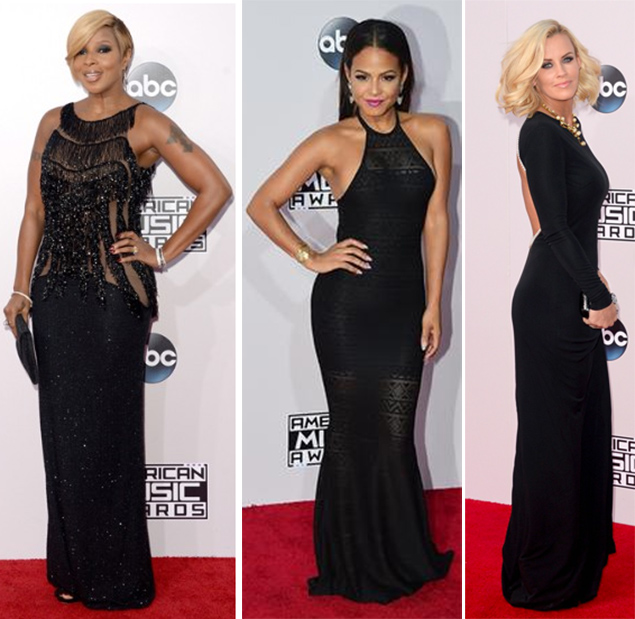 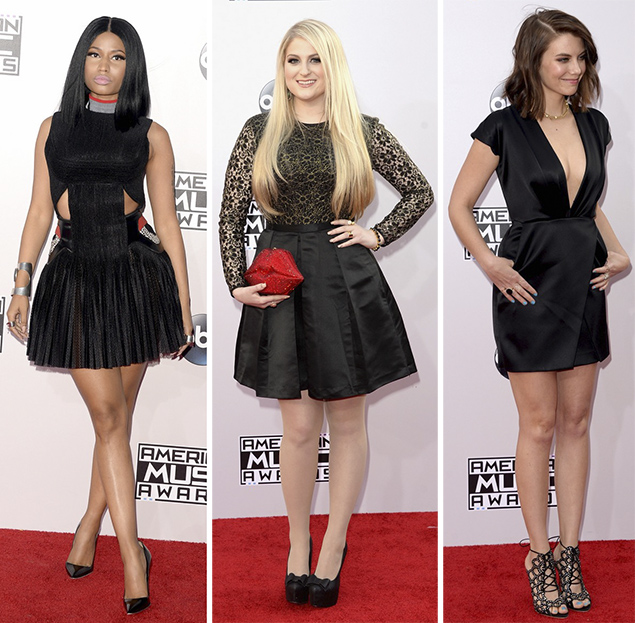 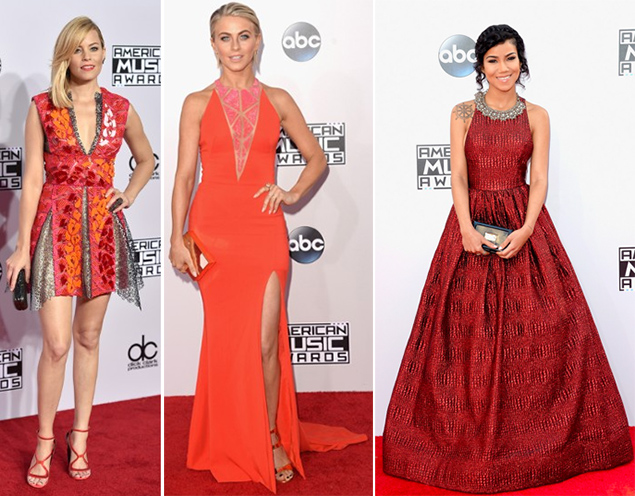 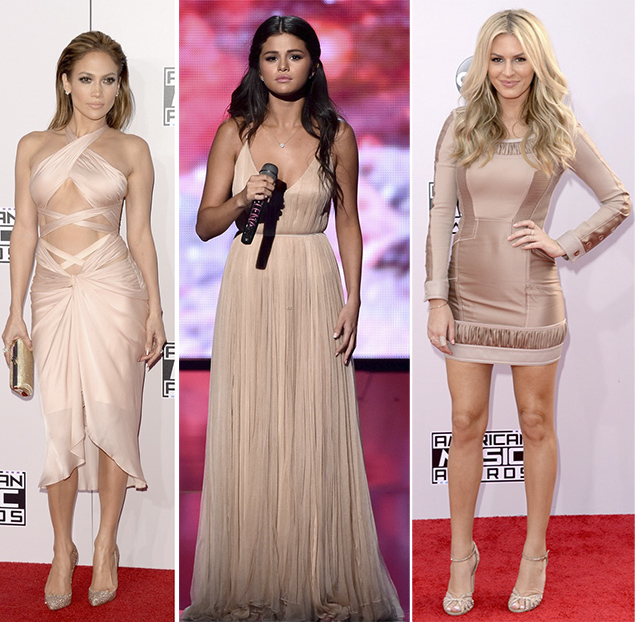 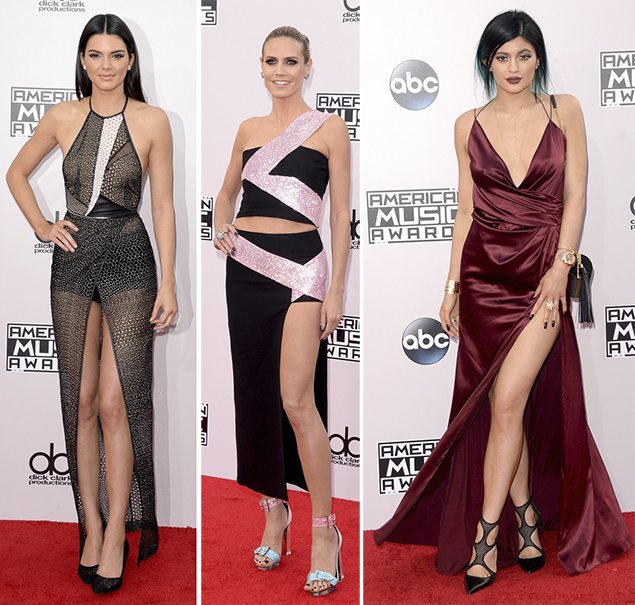 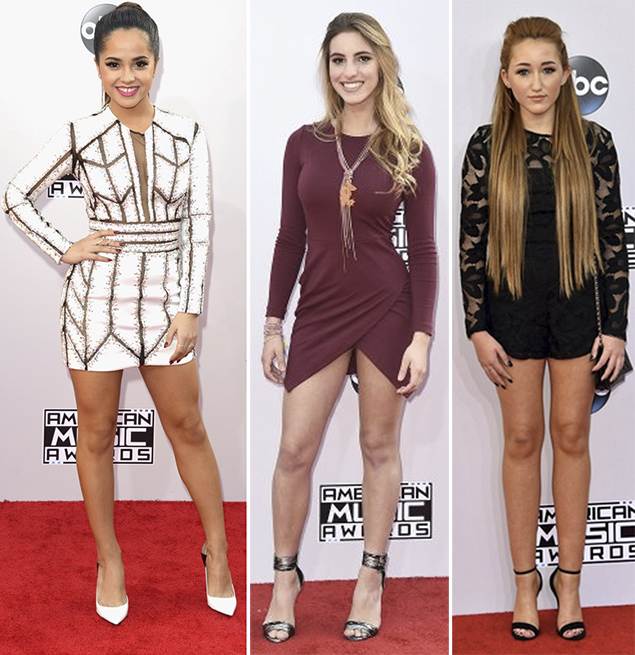 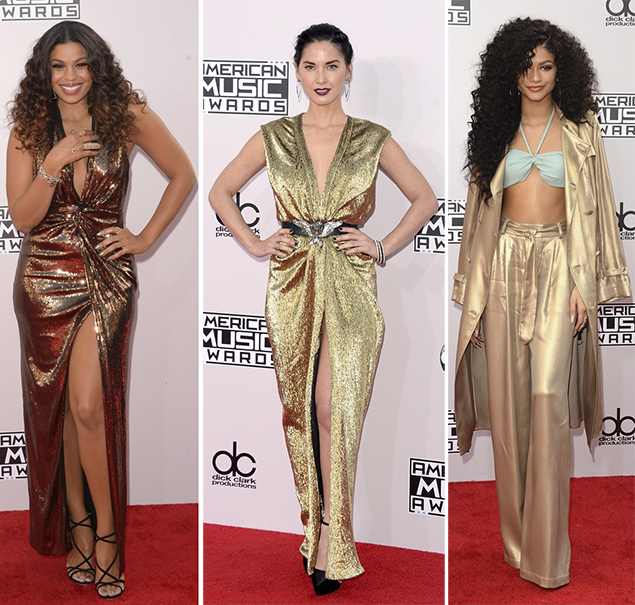 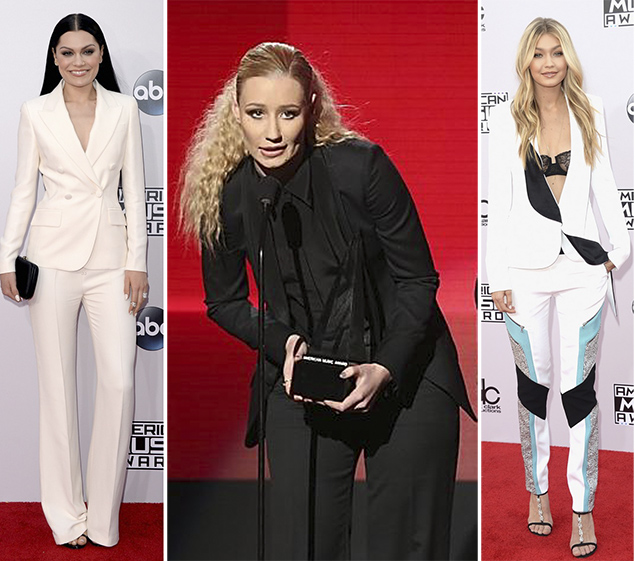 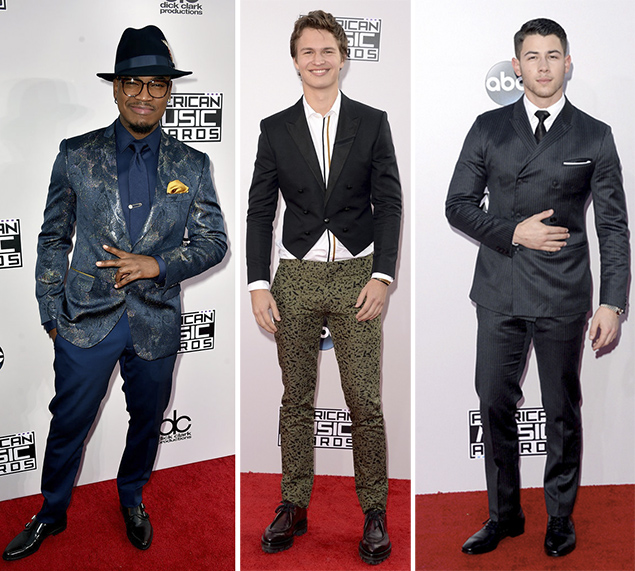 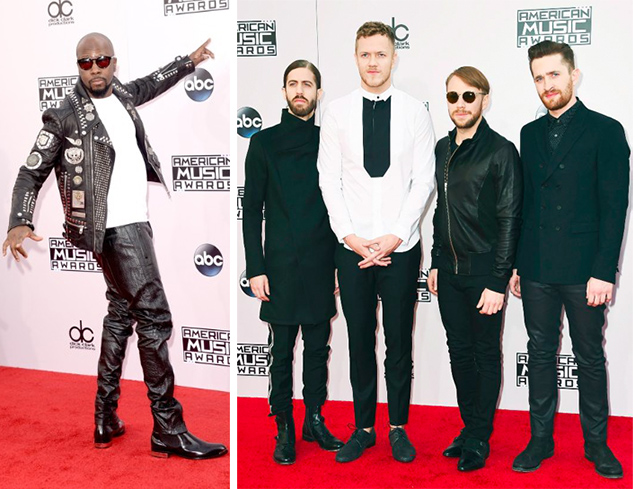 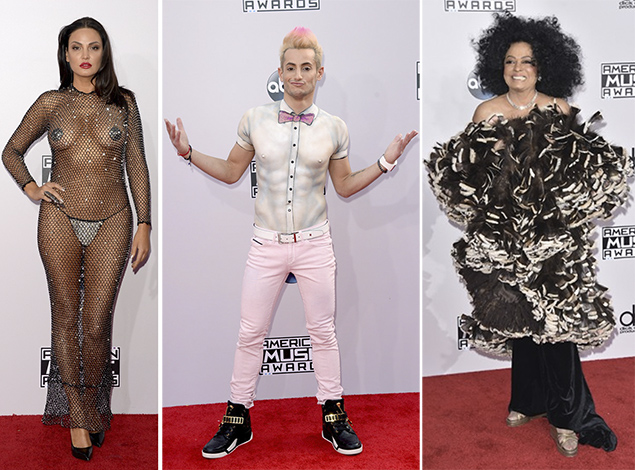