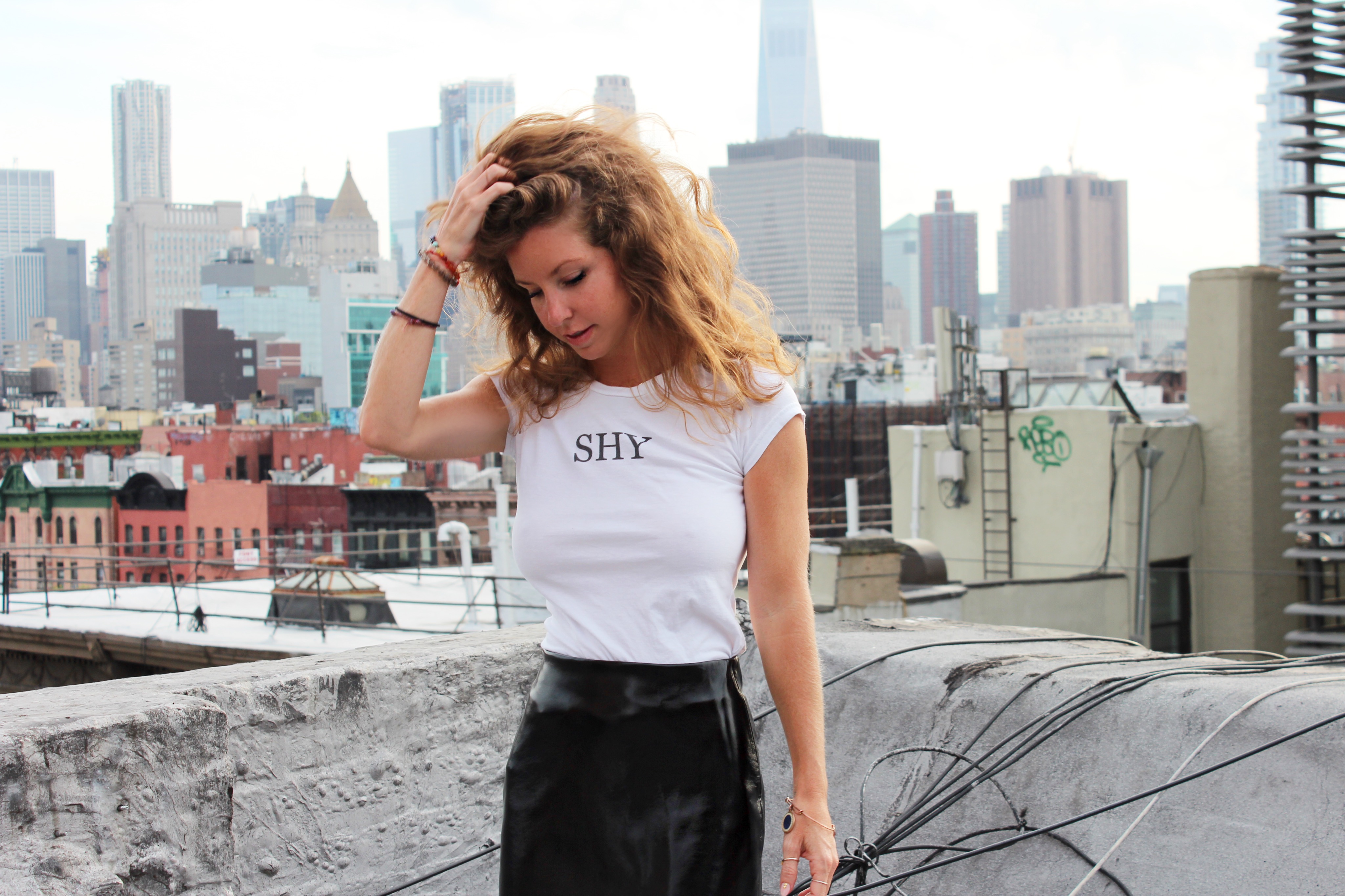 “Yeah, I’m totally fine,” forcing a smile to show just how “fine” I was.

He looked back for only a second, unconvinced, as he went through the door.  I waited for it to click behind him before I melted to the floor.  The rush of hot tears came without being called, leaving big wet polka dots on my silk turquoise robe.  They started off silently, but my sobs grew louder and more violent– noises that surely would have elicited concern from neighbors in any other city than New York.

I laid there for a while, allowing myself to feel all of the things that I was feeling and when I felt that there was no more, I slowly made my way to bed and prayed that the moonlight would be gentle with me.

This wasn’t my first heartbreak and it wasn’t my worst.  As a matter of fact, this wasn’t the first time I had found myself in a puddle of tears on an apartment floor. 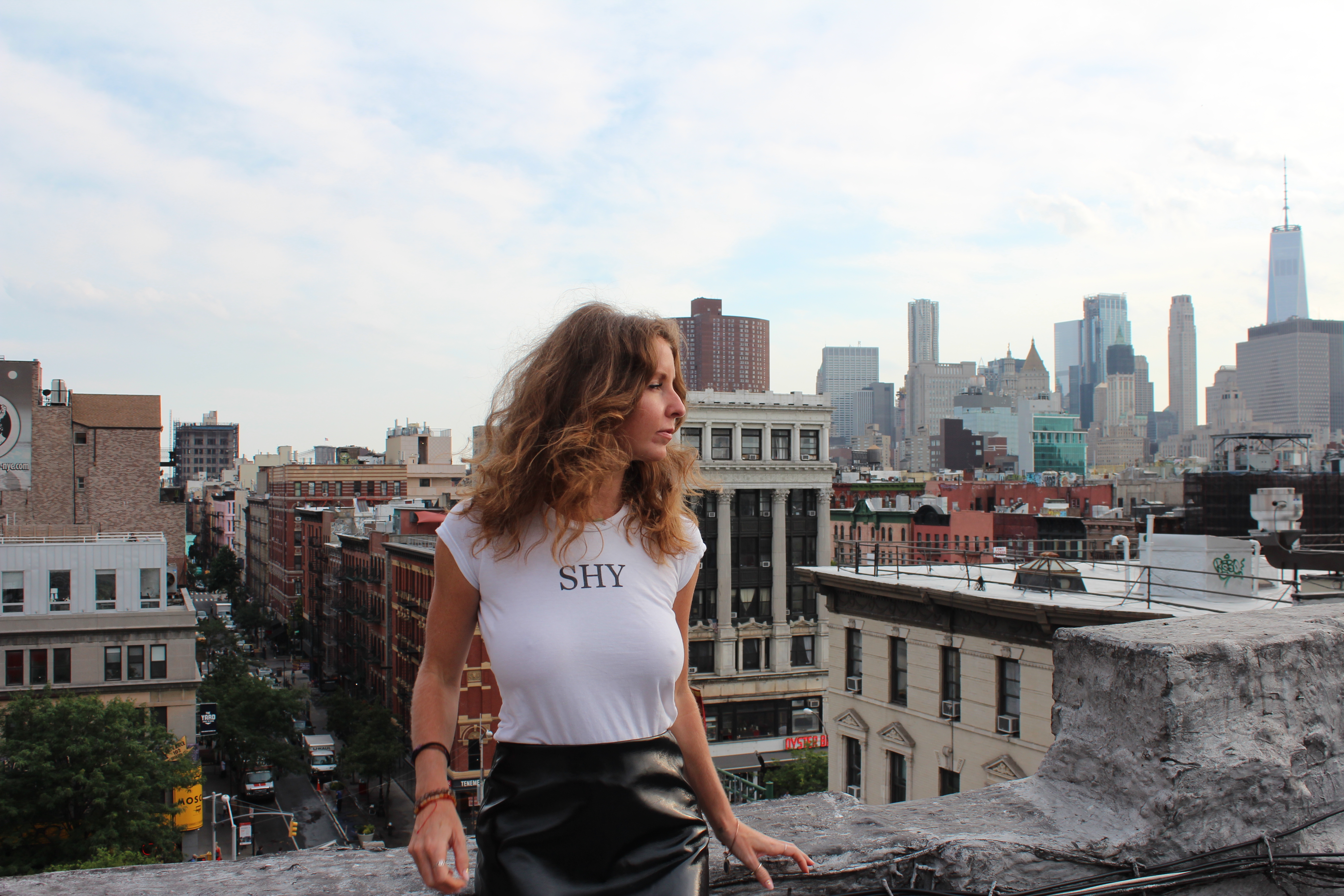 When I’d arrived back at our house in Sunnyvale to pack all of my things, I was surprised to see that he had already packed everything for me.  It was a fortress of brown cardboard boxes.  A literal wall of stuff separating us.  On one hand, I was relieved that the work was already done.  On the other, I couldn’t believe how relieved he was to be rid of me.  It was as though he was erasing me and all that we had shared for the past two years.  I never saw him again.  He only sent me a check six months later for the diamond earrings he’d bought me and later regifted to his new girlfriend.

When I later unpacked those same boxes in my West Village apartment with my mother, I found a garage door opener to our house, catnip that had belonged to his cat.

When she saw my face, she asked if I was okay.  I just smiled and said, “I’m fine.”  I probably cracked a joke. 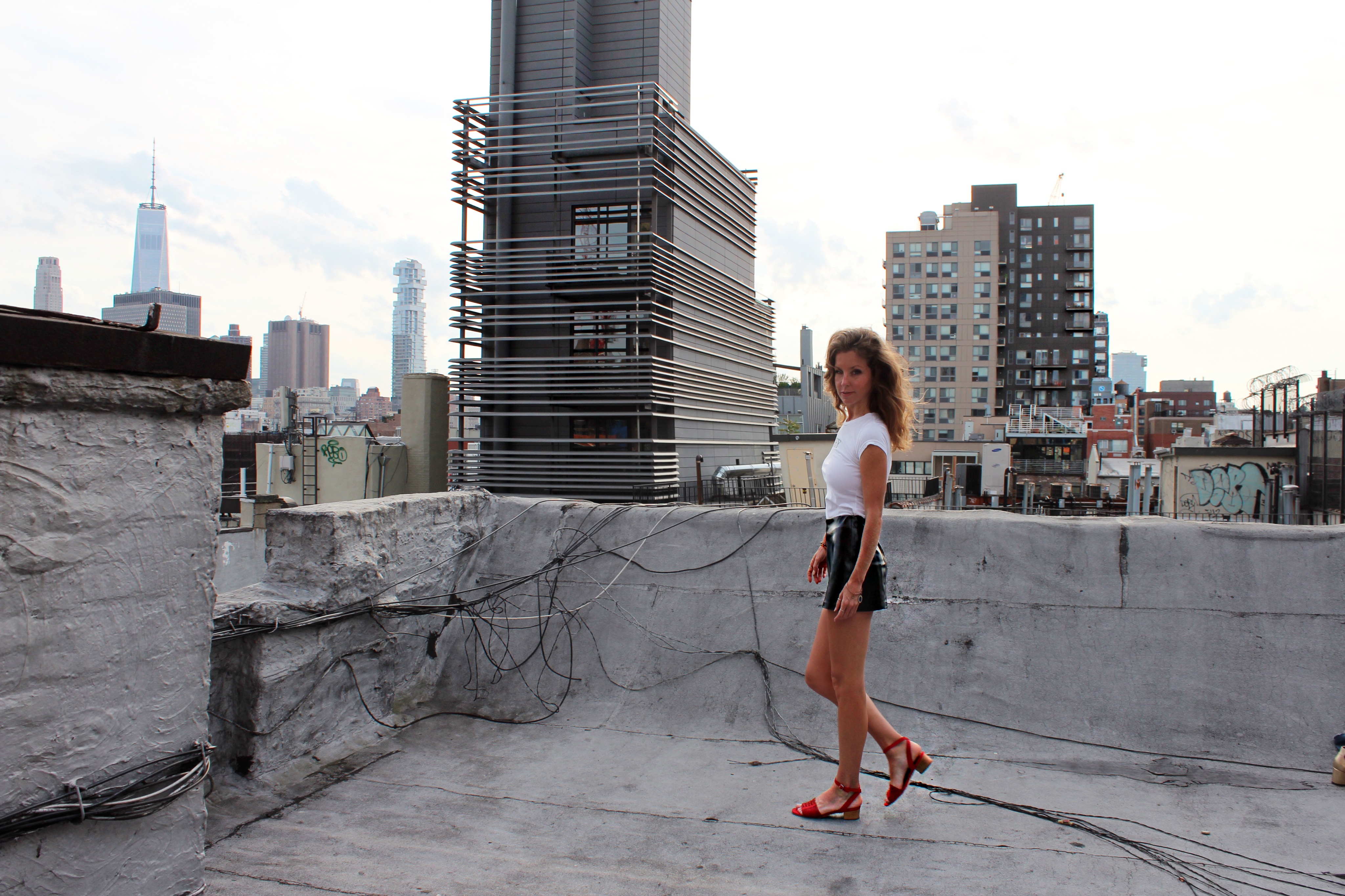 They say some people are like a drug.  I always thought that was terribly cliché (and he would too) until I met him.  I, a seemingly well adjusted individual, found myself staying up late, waiting for his calls.  What I once deemed late at 3am, was now considered early when I welcomed him home at 5am.  What used to anger me, merely became annoyances, and I watched as my boundaries slowly faded away.  He was both a man and a boy at the same time.  Part of me wanted to protect him, while the other part felt frightened by him.

After one particularly memorable meltdown in a motel somewhere outside of Newport, I swore I’d quit my habit cold turkey.  Like any junkie, it didn’t take long before I needed another fix.

Late into the next day, he got up abruptly and said he had to go.  He always had to go.  I never knew where.  And every time he walked out the door, I never knew when I would see him again.  I was sweating.  I didn’t know what he had given me the night before.  He asked me if I was okay.  I murmured, “I’m fine.”

After he left, I crawled to the bathroom where I spent the next three hours on the cold tile floor. 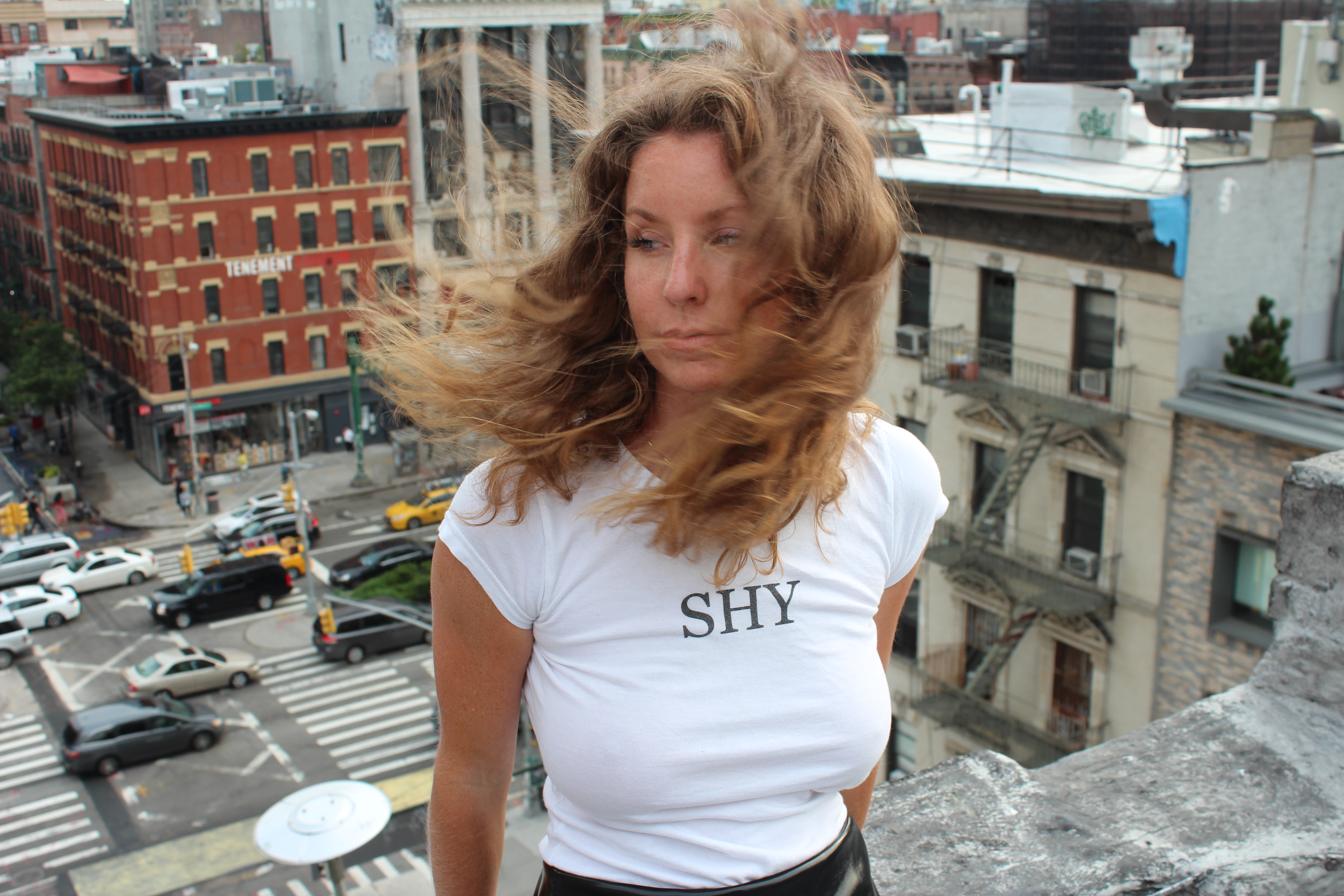 I walked into his office smiling.  I’d been to several doctors before for the same reason.  He didn’t smile back.

He said, “How are you feeling today?”

He asked me to briefly describe my symptoms: dry skin, fatigue, change in hair texture, bloating, weight gain- which I prefaced feeling guilty even saying because I was still considered small by “American standards” (he brushed this off).  After taking some notes and a brief pause, he asked me, “So, what’s stressing you out?” and then pointed to the use of supplements like collection of CBD gummies here .

I looked at him stunned for a moment then cocked my head.

He raised his eyebrows as if to signal for me to proceed.  I rattled off a few mundane details: delinquent clients, family drama, boy troubles.

“What is your addiction?”

“We all have an addiction.”

“Well, I think I probably drink too much wine.”

“No?” I was both relieved that I could carry on with my wine habit but also puzzled.

Love addict.  You really just want to be loved.”

His assistant handed me the tissues. 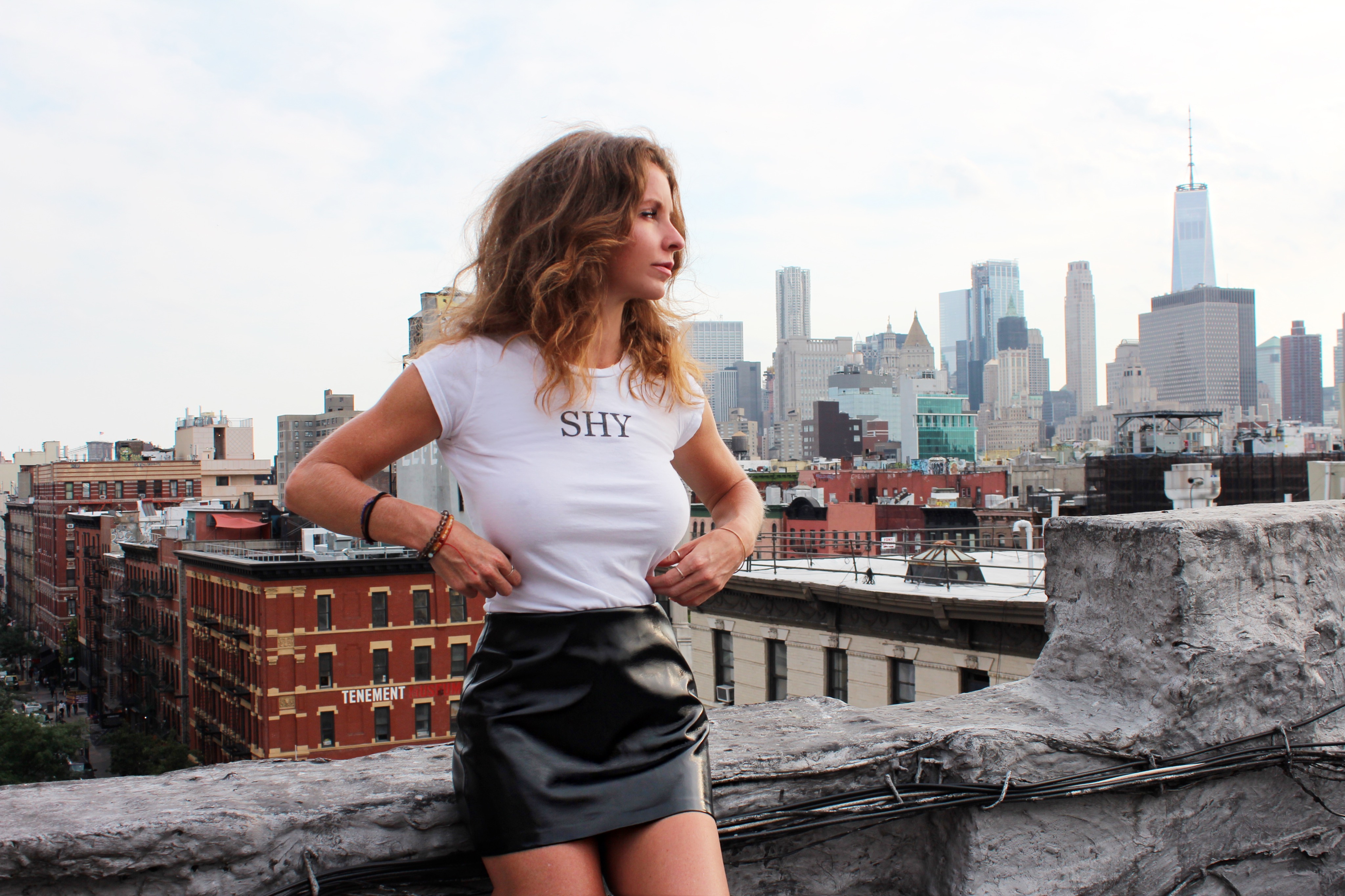 “You know we would have never been friends if we’d just passed each other on the street, right?”

Christine had been cleaning my apartment for three months and in that time we had become very close.  I’m not sure how we started talking, but once we did, it was endless conversation spanning everything from religion to dating to the everyday drama of living in the city.  Two young women from two incredibly different backgrounds forging an improbable bond.  It was like a poorly scripted Lifetime movie.  She was from the Bronx and had three young children.  She was raising them on her own and had had a very tough childhood, growing up in foster homes and finding a way to stay close to her sisters when they were split apart.

I grew up in what appeared to be a picture perfect home with two loving parents and two older brothers in a beautiful home with all that I could have asked for from the outside looking in.

We laughed after she said that.  I said, “Oh yea, you’d be like, ‘Look at this prissy white girl and her white dog!'”

She snorted and scooped up the dog, “No, I’d never make fun of Smitty.”

Her phone rang and she asked if I it was okay to get it.  It was her sister.  I said of course and she went into the bathroom to take the call.

She came back a bit more somber and I asked her if everything was alright.  She said, “Yeah, I’m fine.”

I knew she wasn’t.  I knew her mannerisms by now and I knew that she always kept a strong facade for everyone else, but I didn’t want to push.  We were quiet for a bit and she went back to cleaning and then she started to sing.  She has the most beautiful voice.  Something like an angel. Part way through the song I heard her voice waver and I looked at her and I saw that she was crying.

I went to her and we sat down on the floor and I held her and we cried together.  I didn’t ask why. 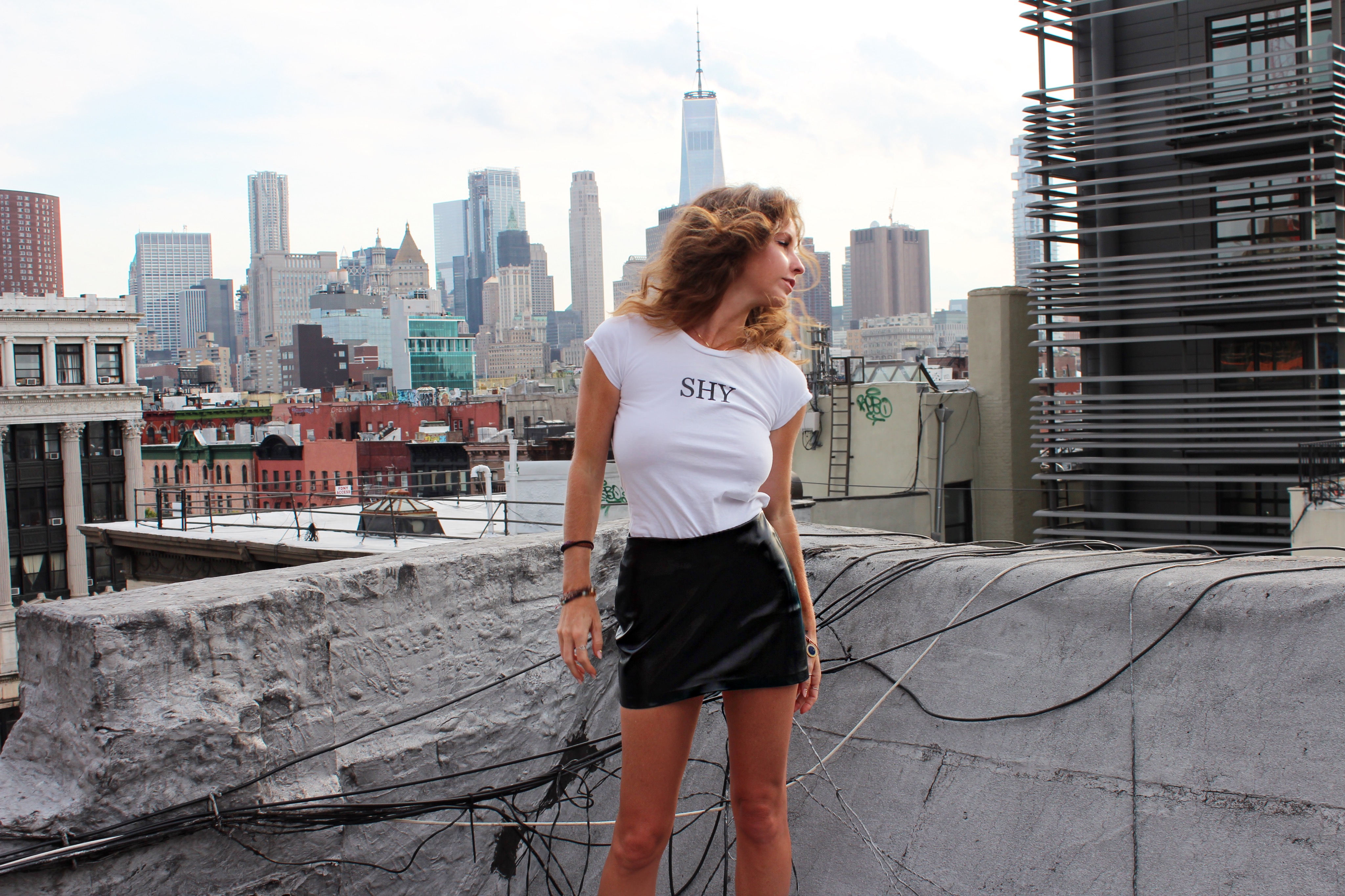 I woke up insecure and groggy.  I looked over half squinting.  The old “if I can’t see you, you can’t see me trick.”  My hair, a halo of golden curls like the ones I despised as an eight year old girl overtaking the white pillow.

“To wake up to someone so beautiful and booksmart?”

“No, I love your hair like this.  You should never wear it straight again.  This is you.”

This was the same hair that I had battled as a child and was disappointed to see return recently along with all of my other recent symptoms.  I suddenly felt safe.

We got up and walked arm and arm to get coffee before he went to work.

“You gonna walk home?” he asked.

He kissed me goodbye.

Who knew we’d end at the beginning of this story. 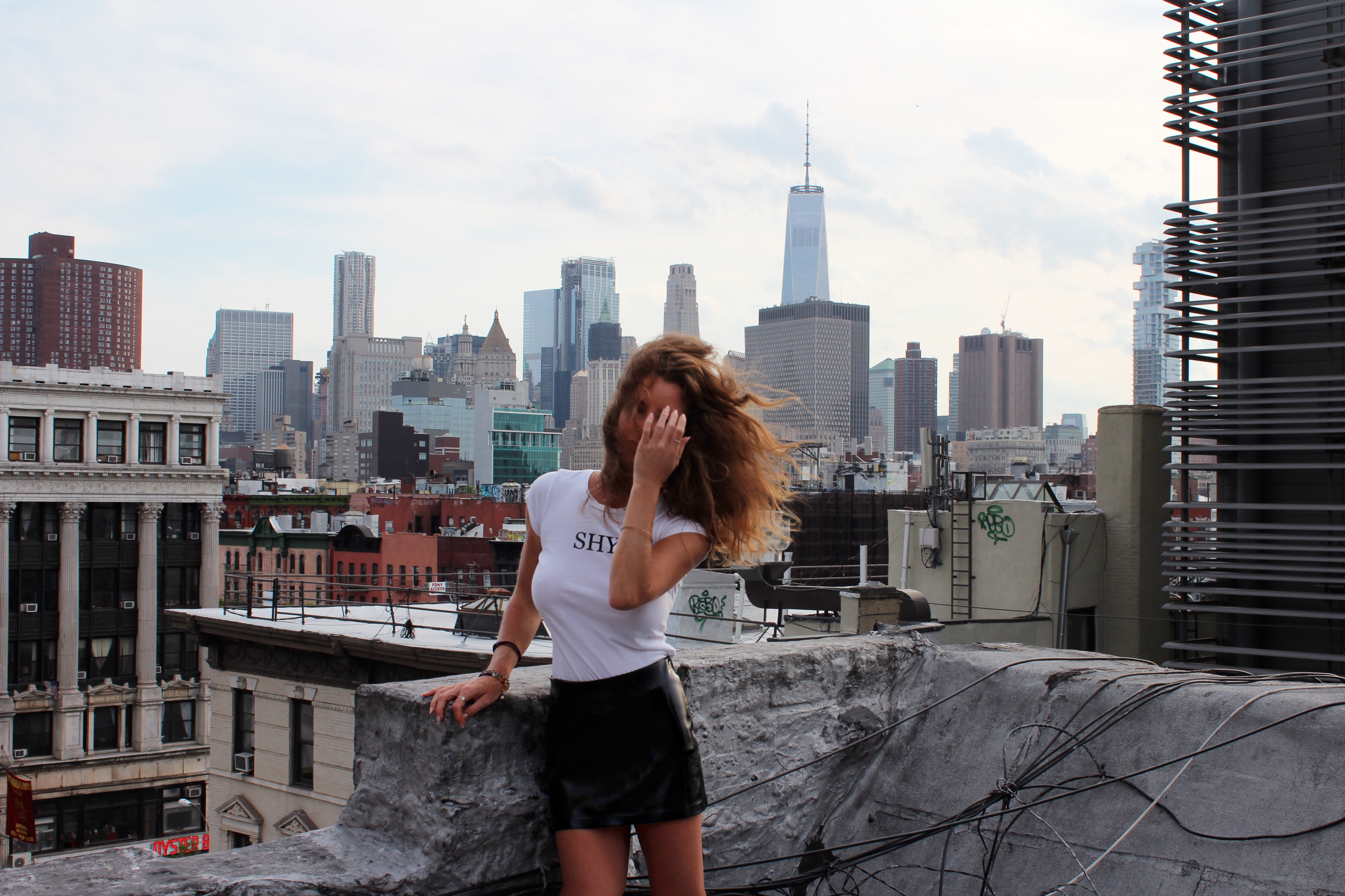 I was talking to my dad one day because I couldn’t remember much from my childhood, which frightened me.  I told him that I really just remembered being a shy little girl hiding behind my mom’s skirt.  He audibly laughed.

“You?  You were the furthest thing from shy.  You had all the boys in the neighborhood including your older brothers following you around like puppies.  You were the ringleader.”

“You’ve gotta be kidding.  You were the same little girl who used to stand at the top of the stairs and yell, ‘Catch me!’ and jump hoping somebody caught you– We always did, by the way.”

I hadn’t really ever thought of myself that way.  I’d engrained in my head, instead, that I was shy and awkward and I’ve lived a lot of my adult life as such– despite what my Instagram may suggest.

I started to wonder how such a brave little girl had become the scared, insecure, beaten down, self critical woman I am today.  And I realized that we (I) have created impossible standards for ourselves.

We say we are more connected than ever and that may be technically true, but I’ve never seen a society so disconnected.  People no longer know how to communicate.  No one bothers to strike up conversations with strangers– most likely because they don’t even see the stranger next to them since they’re looking down at their phone liking a photo of a stranger in Siam.  There is no real sense of community and there’s a reason why young people are incapable of commitments and IRL quality time.

We’ve become a culture of  “okay.”  When people ask how we are, we always answer “I’m fine.”  And in most cases, we are anything but fine.  We spend so much time making our digital lives look perfect that we forget to check in with ourselves and each other to see how we are really doing.  Heaven forbid we say, “You know what, I’m having a really bad day and I’m really struggling.  I need your help.  Plus, I have this pimple and that sucks too.”

So that’s how Wear Your Wounds was born.  I got sick of making myself physically sick trying to live up to the unachievable standard of perfection. WYW was created in the hope that we could all just be really honest about who we are, how we’re feeling, and what we are dealing with.  The more honest we are, the less scary it is to just be ourselves.  The more we are ourselves, the more we can see we are all the same.  I lived for years feeling like a fraud and worried that someone would “find me out,” but finally realized that I didn’t really care anymore.  I’m not perfect.  I’m not always “fine” and there were times I reached some very scary, very low points.  I was fortunate enough to have loving support to get me through those times and now it’s my turn to do that for you.

Sometimes the bravest thing we can do is be brave for someone else. 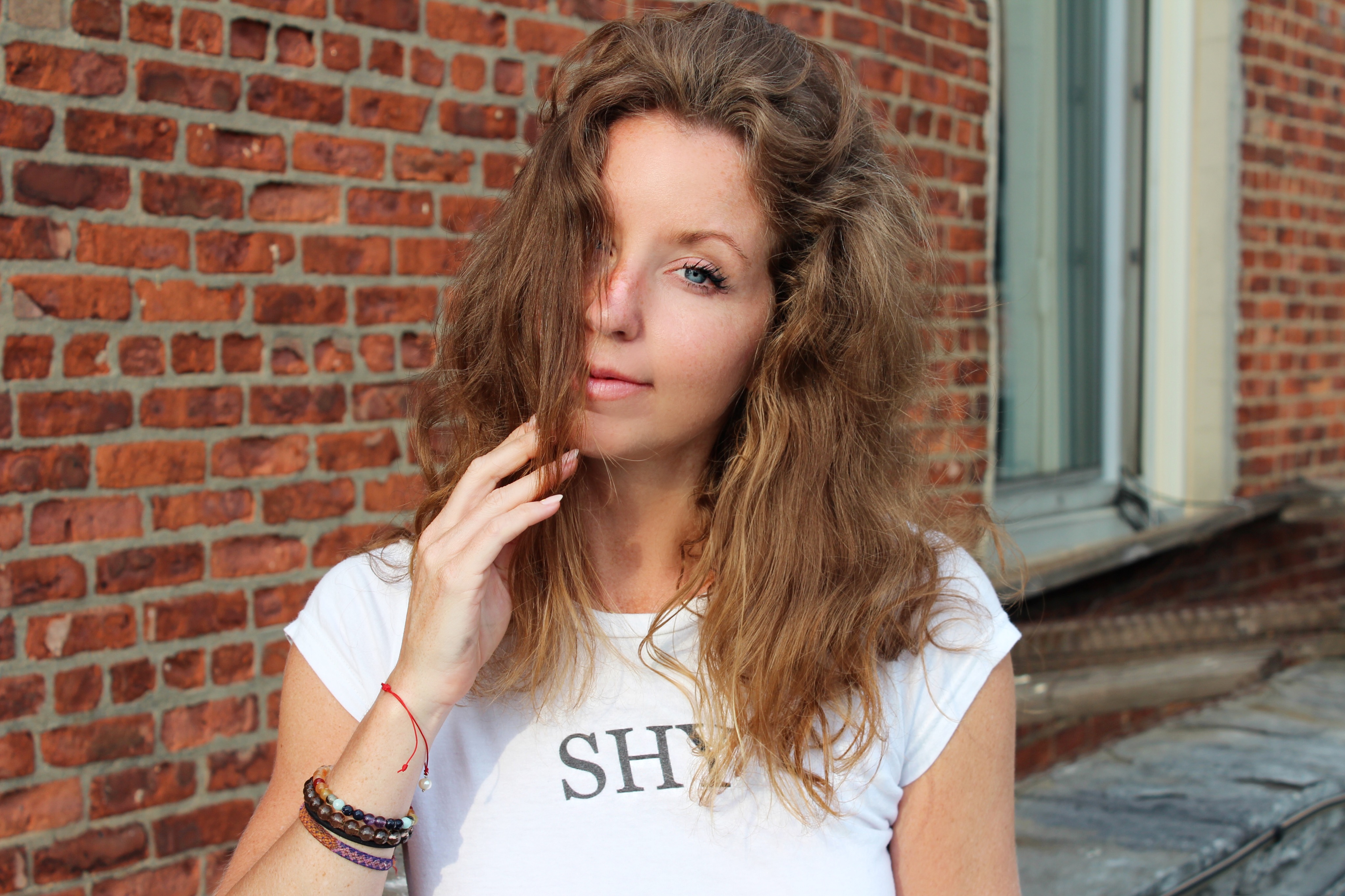