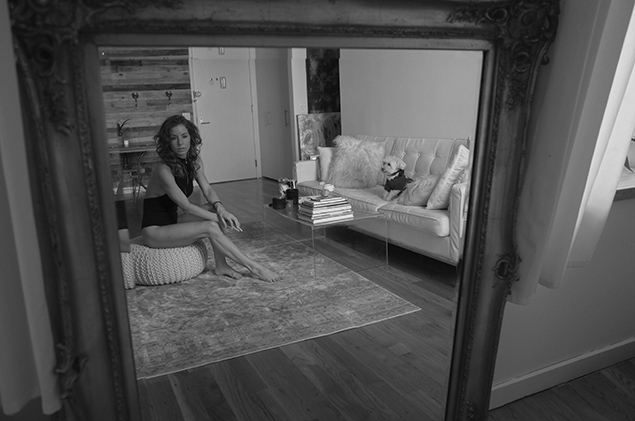 I spent most of yesterday asleep on my couch.  My sleep patterns have been less than stellar as of late.  Maybe I’m not used to having an actual bedroom to sleep in.  Maybe I’m not used to the simple yet priceless luxury of being able to see the sky from my bed rather than another building.  In any case, I rarely sleep through an entire night and even on a good streak, it’s not past the hour of 7am, which leaves me with lots of time to fight with myself, trying to force my body back into a slumber.  It’s the battle between the anxiety and the pressure of needing to get up and write and the yearning for just a little bit longer in the warmth and safety of my sheets.  In most instances, neither side wins and several hours of the early morning are wasted.

But yesterday, sleep won.  My body physically said, “Nope, not today.”  Minus a few menial tasks in the morning, returning emails, free therapy to friends, and making a breakfast bowl, progress into my grand future was not made.  I put on a guided meditation, placed my phone as far away from me as possible, and drifted into a soft sleep.  I woke up several hours later and considered continuing this rare hibernation well through the night and maybe into morning, but there were two black eyes staring at me and on came the shoes and off came the sleepy haze.

Now, here I am.  Sitting on the floor in front of my computer; candles lit, phone off, silence in my apartment, brain frozen.  Writing is a funny thing for me.  When I do it, I love it, but the trick is that in a subconscious way, I fear it- much like sleep.  It’s kind of like when you put your sneakers on to go for a run, but somehow find a million things to do in order to avoid going.  You know it’s good for you, yet you dread it.  You’re never disappointed when you’re done. 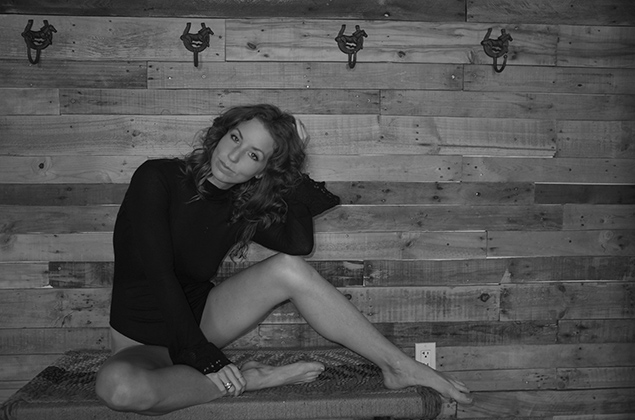 A guy I went out with recently said to me within the first twenty minutes of meeting, “You don’t really like to be challenged.”  I hadn’t really ever thought about it, but he was right.  My whole life, I have gotten by simply by doing the status quo.  It’s not something that I’m proud of, but it’s a hard truth.  And if I can handle anything, it’s a hard truth.

I have always recalled telling myself stories in my head.  I’ve always had the best conversations with myself and just like we all wish we could “take pictures with our eyes,” I’ve always wished I could record the conversations in my head.  It seems I am never able to get them down on paper fast enough to recall them.  And so some of my best stories and revelations are lost just like dreams disappear in the early morning light.

The stories that ended up being written, the copy that was composed, therefore remained quite superficial; surface level.  Even when I read some of it back later, I roll my eyes at its immaturity.  You see, writing forces you to face your thoughts and arrange them into some sort of semblance and when you write something, you are putting yourself onto a silver platter for rejection and judgement.  Any therapist I’ve met, any intuitive who has “read me” has told me that writing will be what saves me, but still I eschew it.

So, why am I telling you any of this?  I wonder that sometimes too.  There are times I begin writing without any idea where it is going and sometimes I start somewhere and the path takes a detour from where I’d intended to go.

My objective was to wax poetic about the last nine years of WhyDid.  But I think, by now, we all know the story.  So, I started to think about why I have been having such a difficult time writing and where I am now, nine years later.  And that falls in line with me being unable to peel myself from my very uncomfortable couch yesterday.  While I am considered a “public persona,” and I do share quite a bit about my life whether through these posts or others on Instagram, I doubt most people know much about me at all.

The truth is I’ve spent a lot of my days in a place of not belonging.  I was never going to be the most popular Queen Bee, but I was captain of the cheerleading team and landed on Homecoming Court.  However, I didn’t have that cutthroat gene and could never really get into the social politics of it all.  On the other hand, I aced Economics, looked forward to French class, and relished sitting in the back of senior English reading all of the books that had been banned at other schools.  I was too “weird” for the cool kids.  Too “cool” for the weird kids.

Because I was never fully accepted by either side, my lunches were spent eating my sandwich in my guidance counselor/history teacher’s office, which is a whole other topic that will be discussed later, if ever, in a personal memoir. 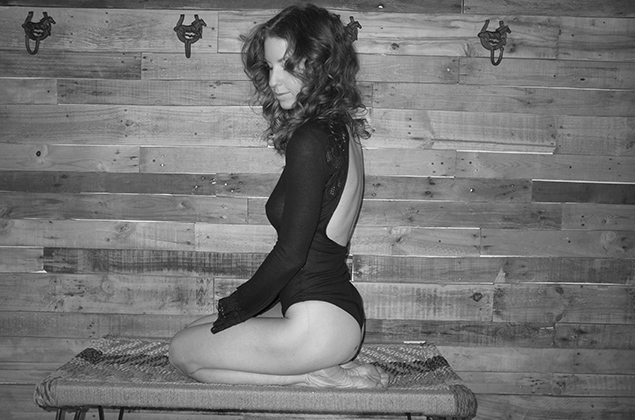 This pattern followed me well beyond the highschool cafeteria.  I’ve never been without friends and have been truly fortunate to make some of the ones that I still have.  Even so, it was very rare that I truly felt a sense of belonging, a sense of understanding.  At times, I can come across as impatient or critical because I find it frustrating that the way my brain works doesn’t always mesh with those around me.  And so I withdraw.

I’ve disappointed and delighted people on many occasions when they are surprised to find that I am much more complex than what they see on Instagram or who I externalize upon initial introduction.  Some say, “You’re much sweeter than I thought you would be,” while others are let down to realize that I’m not always all “bad b*tch” and Beyonce.  Sometimes I’m Fiona Apple and I just want to spend some time crying,  Alone.  In the shower.

The world felt as if it was telling me, “Pick one!”  I can’t be sexy if I want to be taken seriously.  I can’t be wickedly sarcastic and deeply charitable.  I can’t stay out all night dancing then wake up and go to yoga.  I felt pushed. I felt pulled.  But I never felt at peace.

But why can’t I be all of those things? Why must I choose one? Why do any of us have to choose?  I was blessed to have parents who allowed my brothers and me to be who we were, chase what we wanted, and wear whatever we pleased. Okay, there may have been some fights over bra straps at some point in high school but I’ve eradicated that problem by ditching bras all together.  But sometimes the freedom to choose whoever I wanted to be became burdensome.  It seemed it wasn’t okay to take ballet and listen to Tupac.  Identity didn’t present itself like a buffet– choose a little from here, a little from there.  It was more like a wedding reception: chicken or beef? 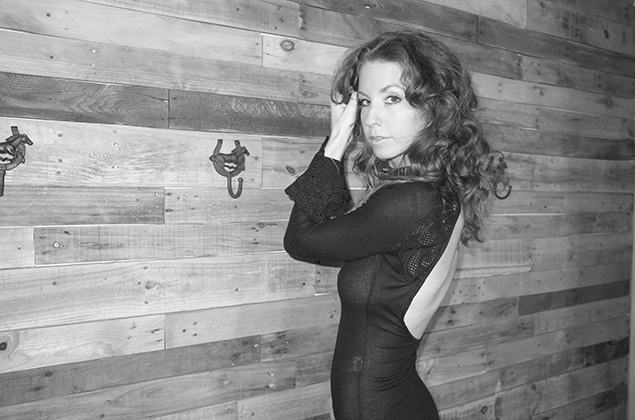 And then I became a “brand.”  I had no intention of this ever becoming something I did for a living.  When I started writing WhyDid (WhyDidYouWearThat for all my veterans), I did so anonymously.  It wasn’t until people took a serious interest in the person behind the blog that I began to personalize the posts.  It’s a funny thing that happens when you allow yourself to be public.  People begin to believe they have access to you.  People begin to believe they know you.  They believe they have a right to have opinions about your life.  And in some capacity, they do.  You’ve given them an entry into your life.  Post one thing that is slightly left of center and the entire internet falls into a frenzy.  Sure, Kim K may have blown up the internet, but before that happened, all of Instagram lost its sh*t when I posted a photo from a bathtub in Paris (don’t search for it, it’s since been deleted).

But here’s the thing.  Even if you haven’t chosen a career that placed you into the public eye, you are a brand.  You’ve been made into a brand because society has encouraged us to choose identities from religion to sexual orientation to social circles — even gender.  You have to pick something and identify with that.  It’s much like picking teams and even as adults we continue living our lives like a highschool cliques in the lunch room.

We keep preaching “authenticity” when in reality, that is the opposite of what is happening.  It is a curated authenticity, which may be even worse.  It’s like the “no makeup” makeup look for personalities.  Look like you aren’t trying.  Look like this is natural.  Look like you’re too cool to care.  And it’s because people like to be able to size each other up and put them in categories, boxes.  It makes them feel safe.  And maybe even it makes us feel safe to be in a box too.  How many times have you heard yourself say, “That’s so not me.”  Maybe that is you.  Maybe you prefer yellow mustard over brown and like black olives on your pizza (okay, that’s me).  Maybe you don’t like reading Fitzgerald.  Maybe you don’t want to work a nine to five.  Maybe you’re not all of those things you were told you had to choose.

I met a guy once who dressed only in a very specific style, listened to only very specific music.  I found it to be the most curious thing.  Almost as if he was frightened that if he stepped outside of his image, even for one second, he might “lose himself.”  That maybe he might realize all the time he’d spent building this persona would be wasted if he found that there were other things he loved as well.  He’d built a wall around himself in the form of a character.  And maybe that’s how we get stuck and attached to these personas that are really ever changing, or at least they should be.  To remain the same means that there is no growth.  And if there is no growth, is there really any life?

Having sense of self is important, but it can be a slippery slope if you hold on to it too tightly.  You may miss out on becoming who you really are if you’re afraid of losing who you were. Or you may just remain status quo, eating your sandwich alone in your guidance counselor’s office.

But if you ever felt you didn’t belong, know you belong with me.