Why Did or Why Don’t: Braidy Bunch 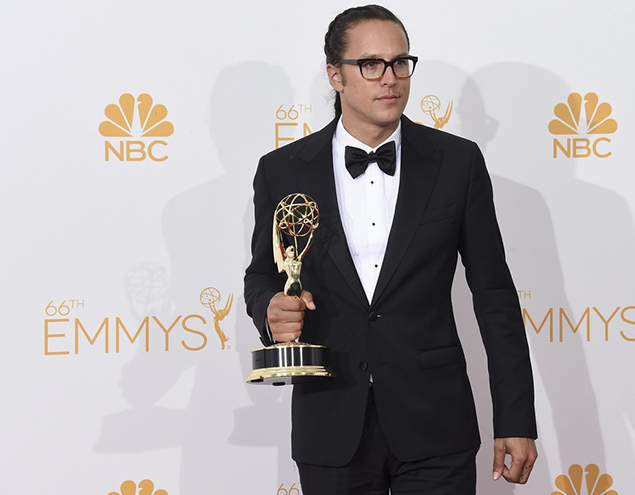 We have already covered the man bun/mun/male topknot (feel free to weigh in), which does not seem to be going anywhere if this week’s awards shows have been any indication.  Just look at all the fuss over Game of Throne’s, Kit Harrington’s, perfectly executed updo from Monday night’s Emmy Awards.  But all the man buns in the world and even Jared Leto’s ombre mane couldn’t compete when True Detective’s director, Cary Joji Fukunaga, took the stage to accept the award for Outstanding Director.  I, for one, audibly gasped at this handsome man, but it wasn’t just his cheekbones that sent the internet into a tizzy.  It was his hair.  At first glance, he looked clean cut, but as he described his coiffure, “For tonight, I just thought business in the front, party in the back.”

Though Cary was a pleasant surprise in a room full of familiar faces and stuffy industry types and his hair seemed to be a fresh interpretation for man coifs worldwide, he’s not the first to be seen sporting man braids.  As a matter of fact, the night before rapper, Riff Raff, clad in denim had a head full of braids and is probably asking today, “Dafuq?” Even before Riff Raff, there was David Beckham, Axl Rose, and let us never forget Kevin Federline.

I, myself, spent a sunny Saturday afternoon in Amagansett this summer lackadaisically braiding cornrows into one of my man bun wearing guy friend’s head.  We thought it was kind of funny and for him, the look actually worked.  I even taught him the importance of patting his head when it started to itch as to avoid creating frizz.  So, back to Cary’s internet sensational hairstyle and potentially the next wave of hipster hairdos (Slate created a pretty genius rendering).  It may have something to do with the fact that he’s terribly good looking, but the only part of his hairstyle that truly bothered me was his (unintentionally) crooked part which The Cut got a close up of.  You see though, I’m quite dextrous and great with a comb, so Cary, call me next time you’re you’re looking for some Poetic Justice.

What do you think about men with braids?