Red Carpet Recap: Up All Night To Get Lucky (and write this post) 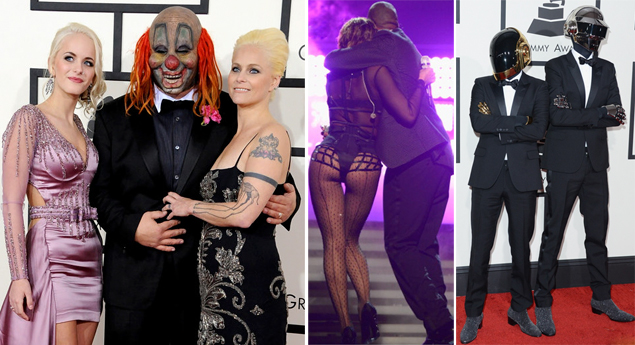 Last night the 56th Annual Grammy Awards were held at the Staples Center in downtown Los Angeles.  The red carpet was covered in designer clad nominees and presenters from Kendrick Lamar to Anna Kendrick all looking to clinch their very own gold sippy cups.  You know who didn’t win a Grammy?  My computer… because it failed to perform.  I’ve been without it since Thursday and fortunately was able to harass the geniuses at Apple enough to retrieve it at 6:45pm on Sunday evening– just in time to chip in my two cents on the evening’s events.  Phew.

To go ahead and get the party started, Beyonce, husband, Jay-Z, and that ass took the stage wherein we all began to feel guilty about the half chewed leftover piece of cold pizza in our mouths.  Perhaps we should all take up “surfing” because it seems to be doing wonders for Beyonce’s body… and love life.  While we’re at it, where can one meet a man who glances at us like we’re the elusive golden unicorn and also happens to be a rap music mogul and doting daddy?

While on the topic of children, teen dream, Lorde was given the duty of taking the stage after Jay and Bey and despite a somewhat spastic start, she nailed her vocals proving that she earned both song of the year and best pop solo vocal wins.  Speaking of nailing it, can anyone explain those nails to us?

But let’s get down to what really matters, the fashion.  The Golden Globes were all about crimson, the SAG’s about blue, and the Grammy’s were primarily comprised of glimmering golds.  There were spatterings of color from blue to orange and another heavy dose of red, and quite a few female icons opted for pants in black.  Madonna and son, David, wore matching Ralph Lauren and oh gawd, she wore a grill.   And shouldn’t her grill match her bedazzled gloves?  And what happened to her British accent?  It seems she’s traded it in for a southern twang… maybe due to her golden grill?  It’s too much for me to comprehend right now.  I ‘m drunk in love… or maybe prosecco.

The ladies who took our breath away have all graced both the best and worst dressed lists in award shows past.  Katy Perry was a vision in (predicted) Valentino, Beyonce in sheer white Michael Costello, a pregnant Ciara in Emilio Pucci, and a tiny Taylor Swift in Gucci.  I was torn on Taylor because there was no denying how stunning her gown was, but the hair and makeup didn’t match in my opinion.  This was her time to be edgy. A slick ponytail and more dramatic makeup would have taken her totally over the top.  Her half assed updo read post Pilates hair to me.  By the way, have none of Taylor Swift’s friends shown her a video of her dancing?  Please do.

On the other end of the spectrum, as adorable and talented as Ariana Grande may be, I’m heading to her house with a hairbrush and some tough love.  If I see her in another half up-half down ‘do, I’m shaving her bald like Britney.  As for the man posing as a roast beef eating Smokey the Bear, it’s a good thing you’re handsome and talented, cause that hat…  It’s got its own Twitter handle for heaven’s sake.  Skylar Grey wore what is essentially a flesh colored Band-Aid and Zendaya, I don’t even know what to do with you.

But for the most part the evening was full of fun surprises like 34 couples being married by Queen Latifah during a Macklemore/Madonna performance and a Ringo Starr and Paul McCartney reunion.  I’m just left wondering where our bad girls of the red carpet, Miley and Rihanna were?  Lady Gaga was also nowhere to be found leaving the fashion shenanigans up to the men and some creepy ass clowns. 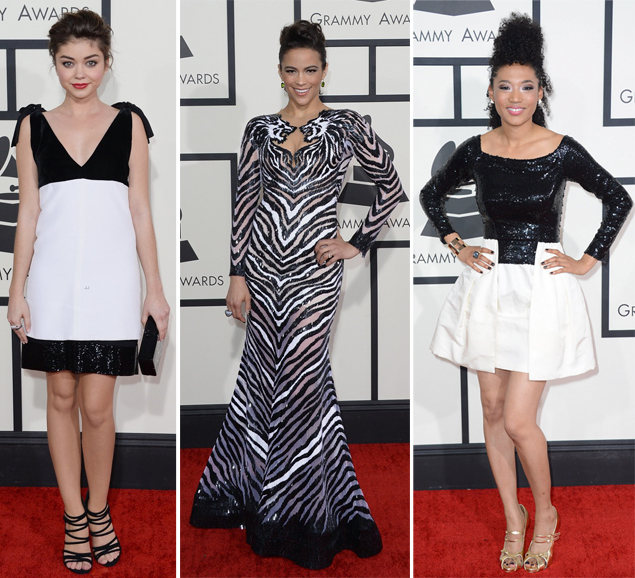 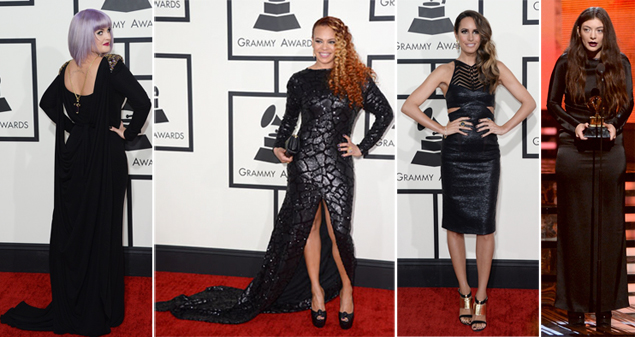 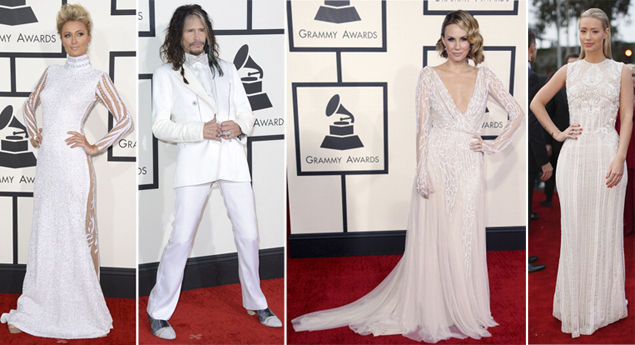 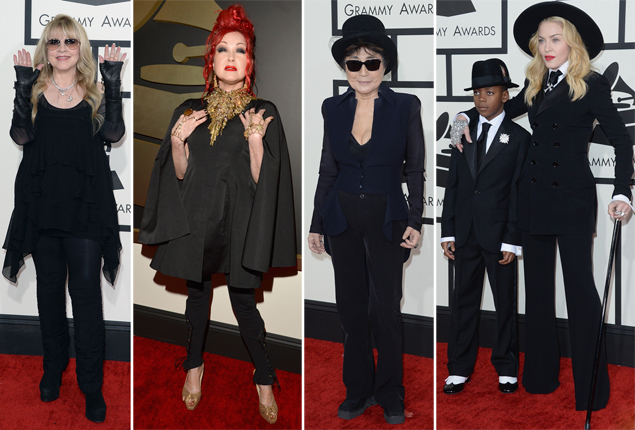 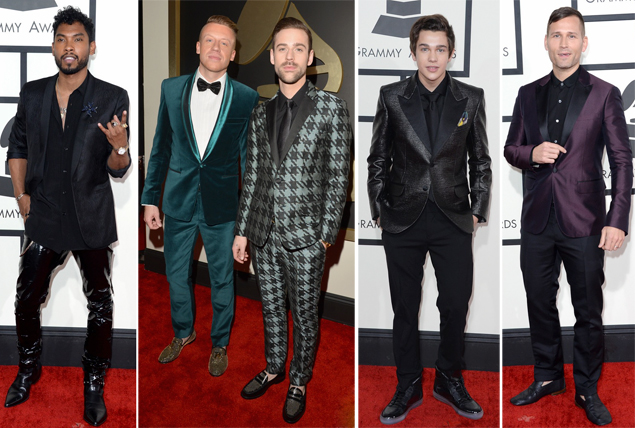 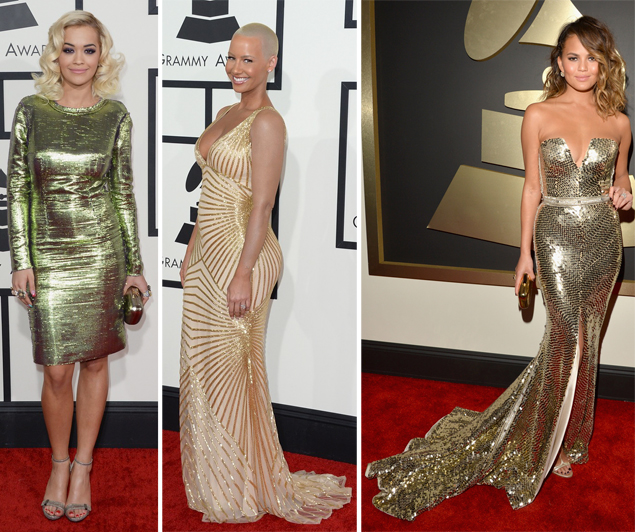 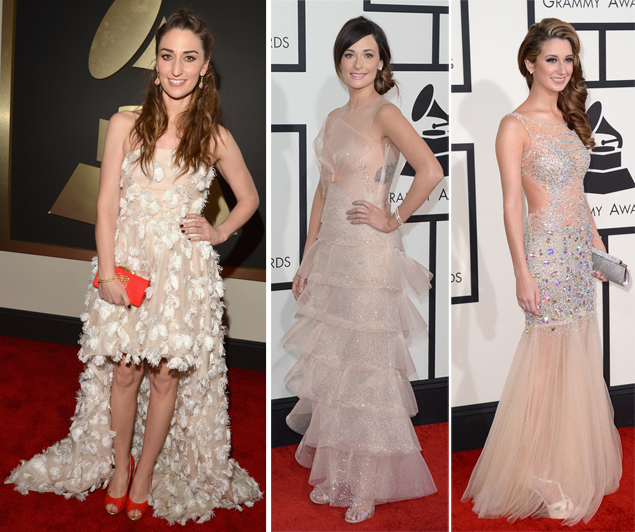 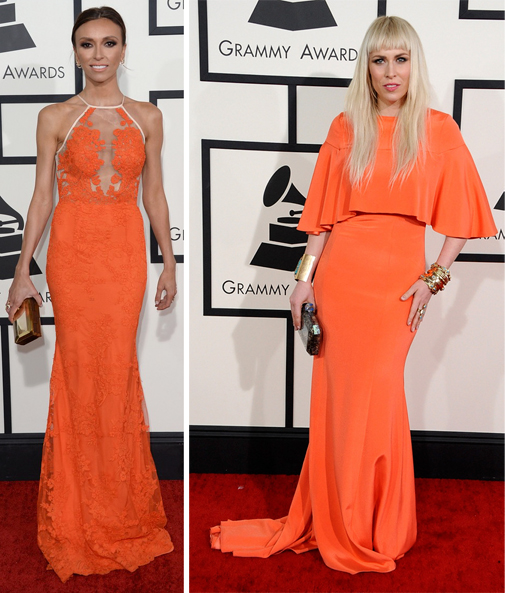 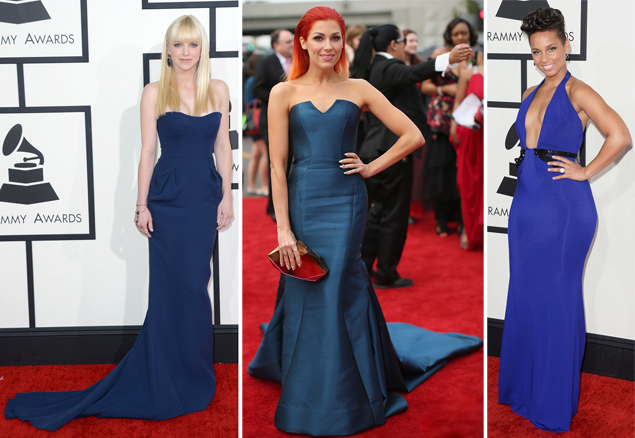 Outfit of the Year: 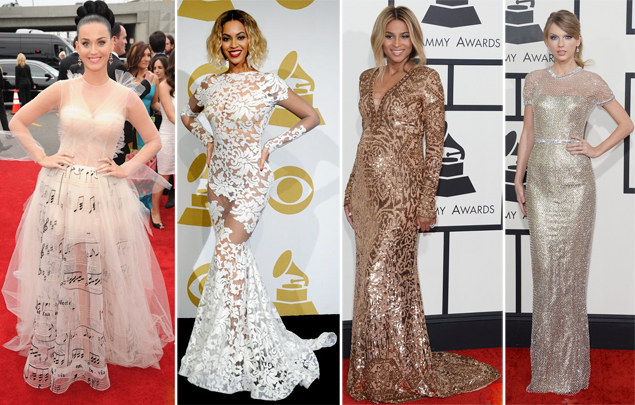 And the Winner Isn’t: 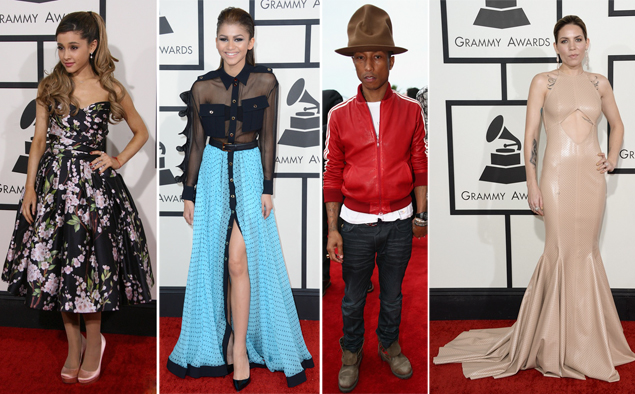