Red Carpet Recap: This Red Carpet Has Me Feeling Blue 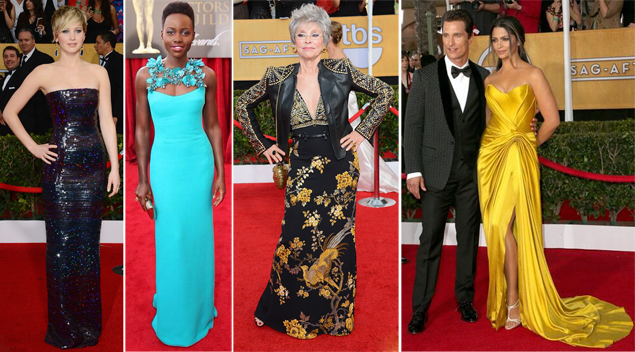 Award season really threw me for a loop when it decided to have this year’s Screen Actors Guild Awards (SAG) on a Saturday.  One can only assume it is because the Kardsashian season premiere is on Sunday.  Anyway, the stars showed up this evening looking to have a good time and perhaps take home a cute little statue.  It would appear that some of these stars clearly read WhyDid because they really stepped up their game from last week’s Golden Globes (ahem, Jennifer Lawrence).  Others were repeat offenders and some I have never heard of but was pleasantly surprised by their presence.  Within the first ten minutes of red carpet arrivals, I predicted a theme. Even though Giuliana may have (incorrectly) deemed the night that of this year’s Pantone color “radiant orchid” the color that truly reigned supreme was blue.  From royal to navy, startlets and stars wore this color like it was the new black.  Other trends that I picked up on were matching one’s jewels to the dresses.  Once considered a bit of a fashion faux pas, it actually looked incredibly fresh and I’m thinking that statement earrings are making a major comeback.  Luxe fabrics in jewel tones were also awfully popular.  In the beauty department, sleek deep side parts and bobs were the favorites for hair while very clean, polished makeup and matching eyeshadow to dresses was almost as popular as coordinated earrings.  Both Kelly Osbourne and Jennifer Lawrence coined new terms – SWASS (Sweaty Ass) and armpit vagina.  Giuliana may not know her Pantone shades, but she does know when she sees a potential love match like that of Jared Leto and Emilia Clarke.  Imagine those blue eyed babies.

But down to what really matters… who was the best (above) and who was the worst?  Eff it.  I’m going rogue.  I’m giving best dressed to two young starlets, an 82 year old icon, and one of Hollywood’s sexiest couples.  The worst… well, I never thought I’d hate a crop top or Julia Roberts, but I guess this is why they say, “never say never.”  While many loved Cate Blanchett’s pink Givenchy, I found it to look like a vagina, my father said he didn’t want to know what I meant by that but I told him anyway: pink and drapey.  As for Julie Bowen’s Carolina Herrera, I’m just wondering why she’s wearing a toolbelt.  Oprah wore “the color purple” and Sandra Bullock and Jane Krackowski gleamed in green.  Nudes, blush and soft greys were also ever present and for once I was totally wowed by something other than Sofia Vergara’s, er, personality in Donna Karan. 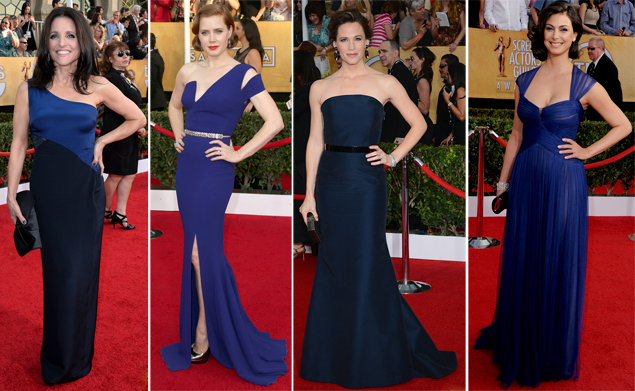 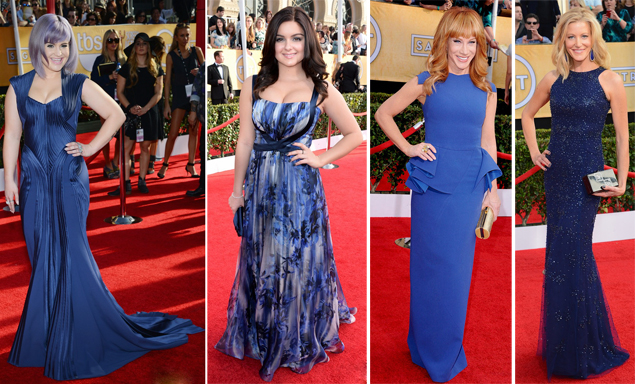 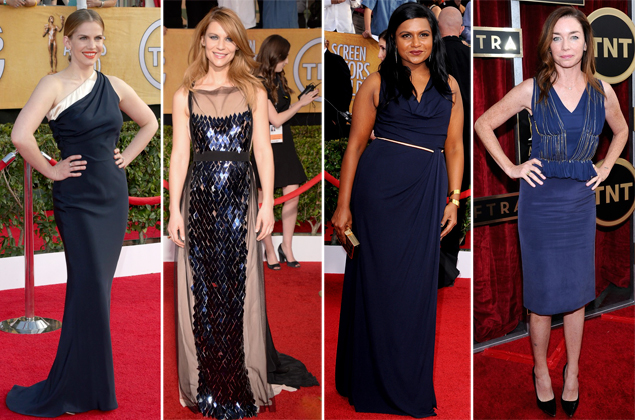 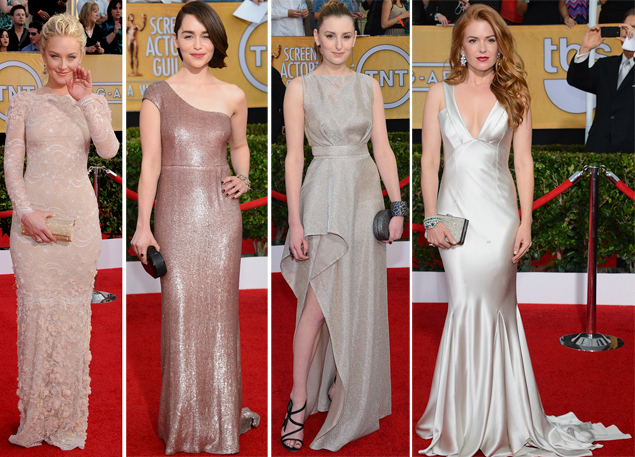 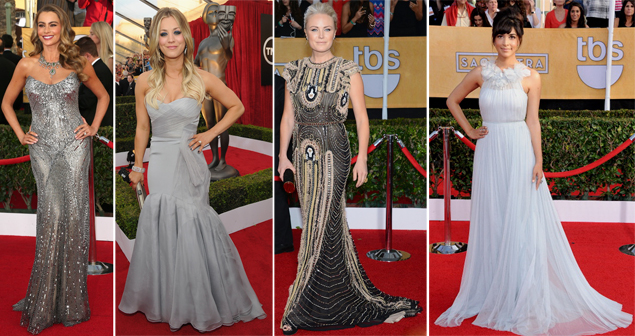 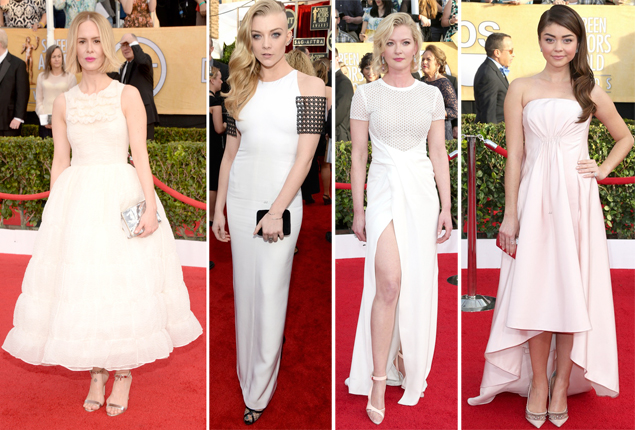 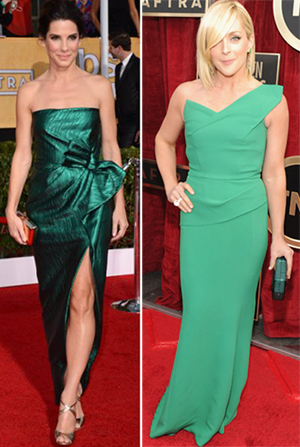 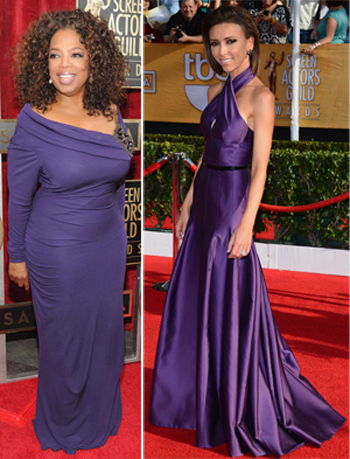 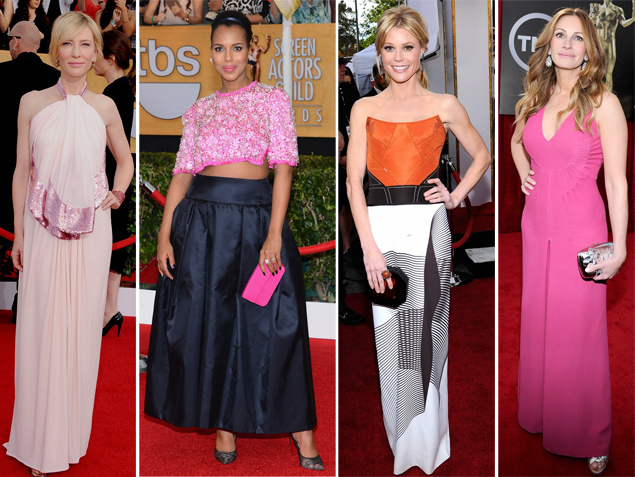 Hey Jared, if things don’t work out with Emila, call me.  Also, I need your colorist’s number. Thanks.