Why Did You Wear That: Cracking the Code 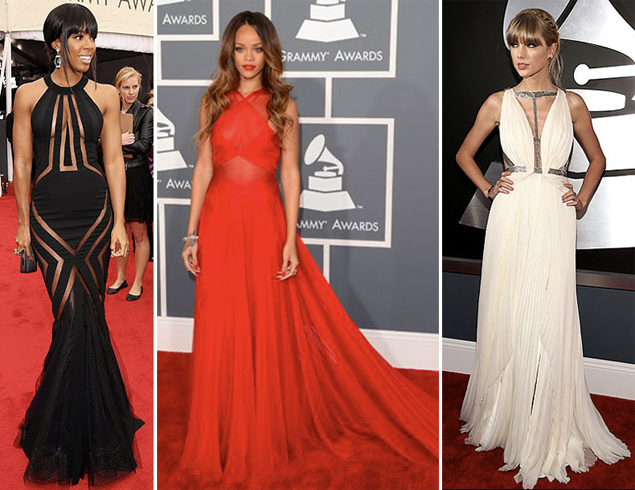 Let’s play a game, shall we? As you may or may not have heard, CBS cracked down on the dress code for the Grammy’s this year. One might remember some of the outfits past that probably led up to the snoozefest that was the Grammy’s this evening. See, half of the fun of music award shows like the Grammy’s is watching the parade of circus like attire come down the red carpet. So, here’s my question: if our favorite songstresses are forbidden from showcasing their “fleshy parts,” what on Earth are they going to wear? This is where the game comes into play…

It’s called, “How Can I Show Skin in Unconventional and Semi-Inappropriate Ways?” Seems the ladies of music are not only familiar with this little extracurricular activity, but also seasoned pros. Our little vocalists found all sorts of fun ways to show skin tonight from sheer panels to sky high slits, taking our newly coined and overly lengthy named game to the next level. As a matter of fact, I’m pretty sure spotting and debating dress code violations was probably the most exciting part of the Grammy’s. 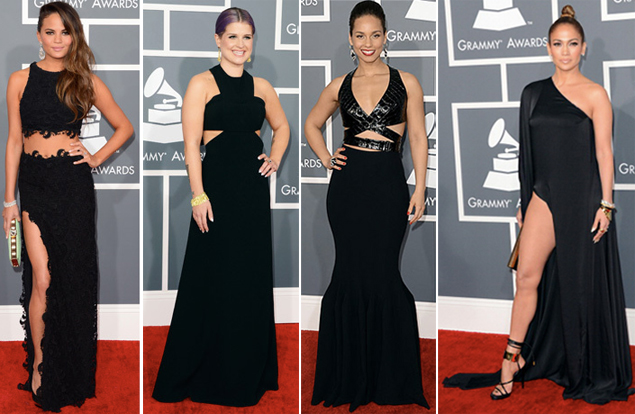 Put on Your Big Girl Pants: 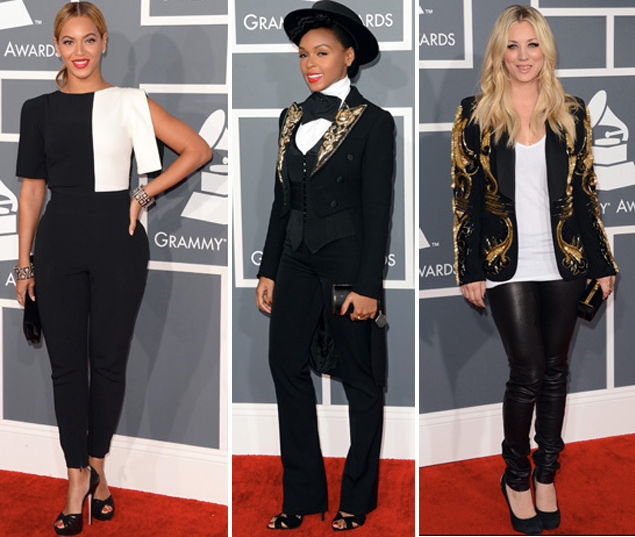 On the other end of the spectrum, some of the gals seemed to take the dress code very seriously by wearing red carpet pant looks. Beyonce donned a jumpsuit taking a cue from spring’s red hot black and white trend, Janelle sported her standard suit look, and Kaley just looks like she scored a last minute invite. 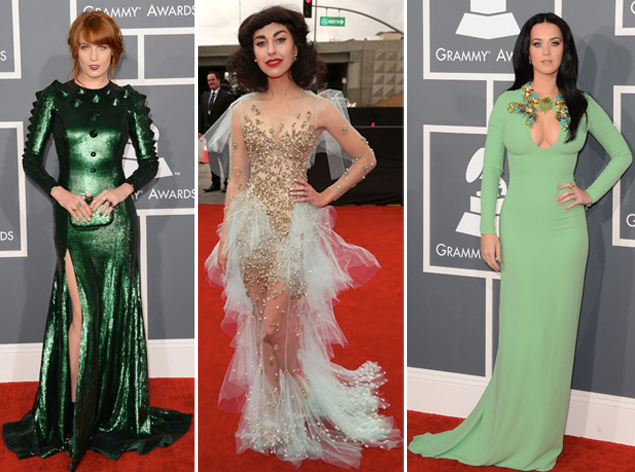 I felt compelled to place Florence and Kimbra next to each other. It’s like they are starring in some kind of mythical fairytale about a fairy princess and her pet dragon… and well, Katy Perry. Don’t tell me how it ends. 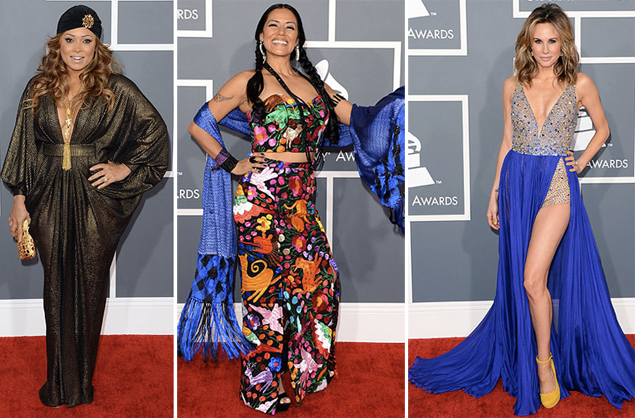 These really just needed to be seen.

So, uh, CBS, let’s go ahead and nix next year’s dress code, okay?