Why Did You Wear That: Don’t Be a SAG 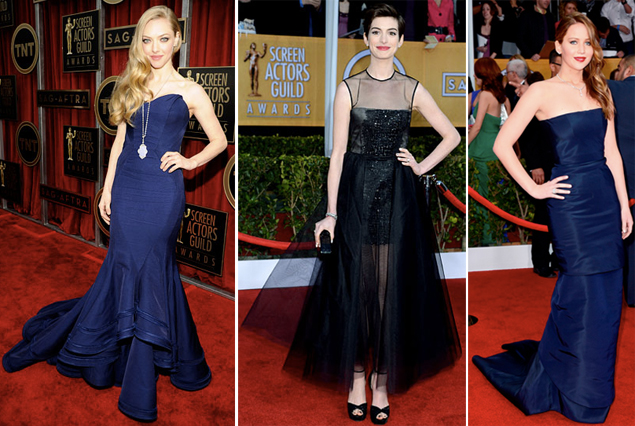 Judging by tonight’s Screen Actors Guild Awards (SAG), I don’t watch enough TV… or at least I’m not watching the right TV shows… because I didn’t know who half of the people walking the red carpet were.  One would have thought that could have been easily cleared up by simply tuning into the red carpet pre-show interviews, but the opposite was true.  Somehow, E! left me ever more befuddled than before by presenting the most awkward interviews and time spent talking about dubstep, juggling, and making it rain.  This is probably the only time I’ve been left wondering, “Where’s Seacrest?”  While scouting for the night’s best dressed was more like a game of “Where’s Waldo?” watching the b-roll footage, I managed to identify the evening’s style stars, style stalls, and overall trends.

It’s clear that winners wear blue and while navy may not officially be the new black (which was still incredibly strong), it was the color that ruled the crimson carpet.  If you weren’t black and blue, you might have shimmered in metallics and if you were looking to punch things up, pink was the go to hue. 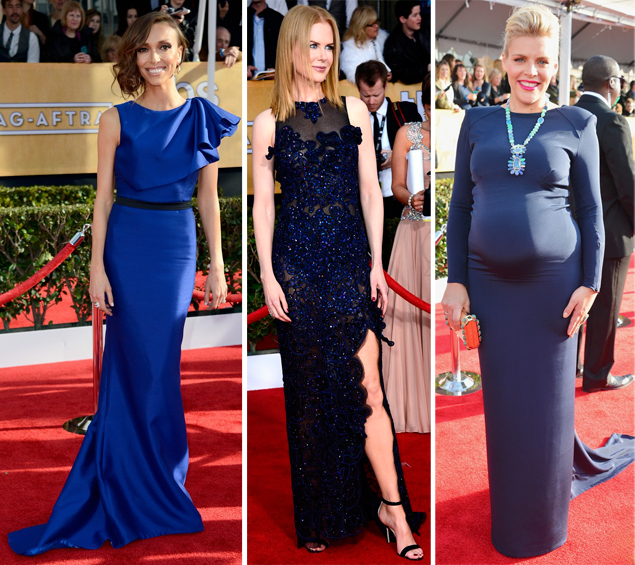 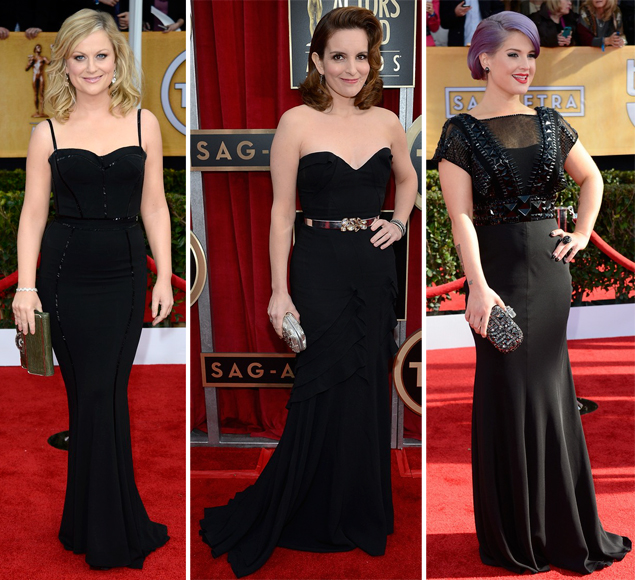 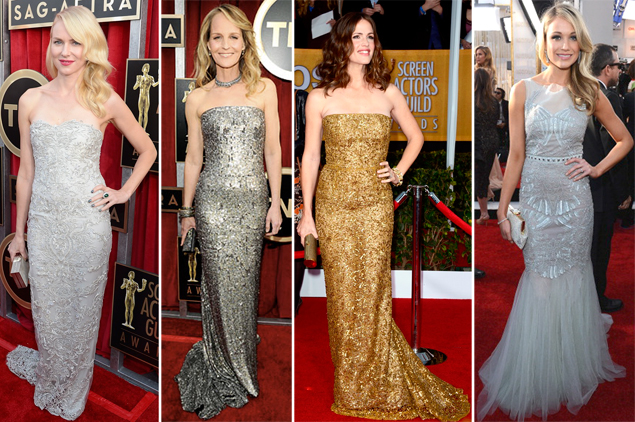 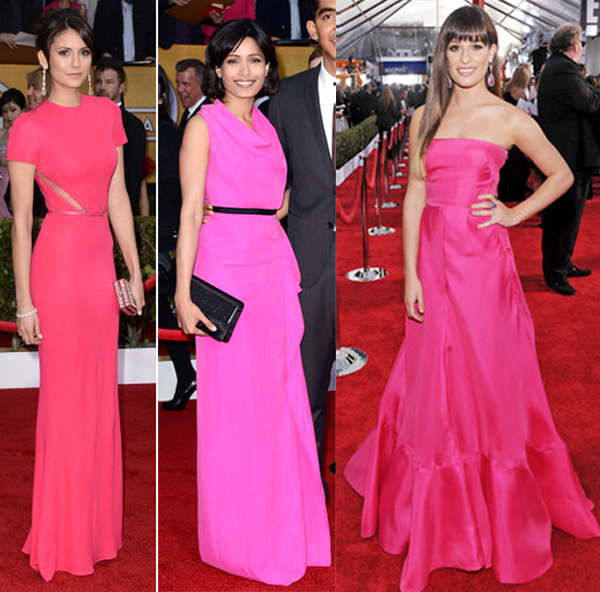 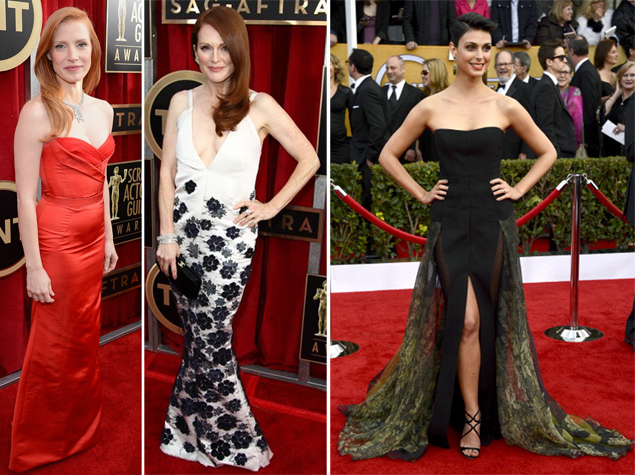 Oh, I feel some of your salty stares right now, but I stand firm on my worst dressed choices.  It all (mostly) comes down to one simple thing: fit.  While Jessica Chastain proves a redhead can wear red on the red carpet, she looked more Jessica Rabbit than sexy starlet and unfortunately, that includes wearing a dress that is two sizes too small.  Remember, my friends, “wrinkles point to the problem areas.”  It pained me to include Julianne Moore because, to me, she is a classic beauty and remember she was one of my best dressed at the Golden Globes?  This slinky black and white Chanel, just skims a little too low– now I know these are the SAG awards, but the top of this dress simply makes her look, ahem, saggy.  As for Morena?  Two words: swamp thing.

Below, some SAG accredited starlets prove that black is not always a safe choice and not all trends need be followed. 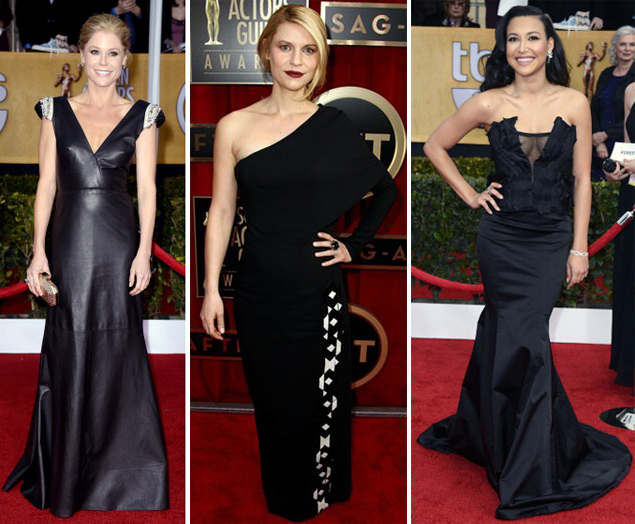 Two, Not Always Better than One: 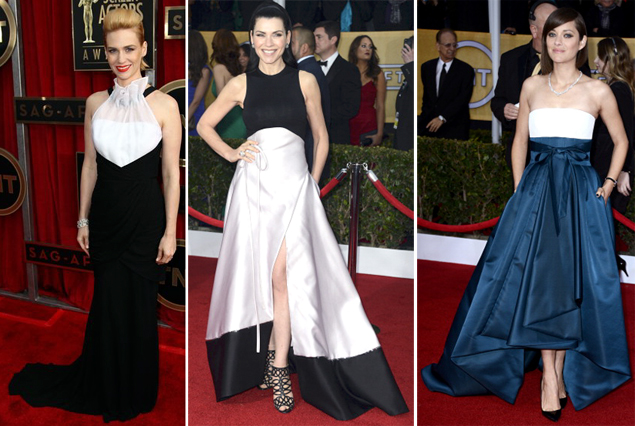 Alright ladies and Seacrest, game faces on.  Oscars up next.