Setting the Mood: There Will Be Fireworks 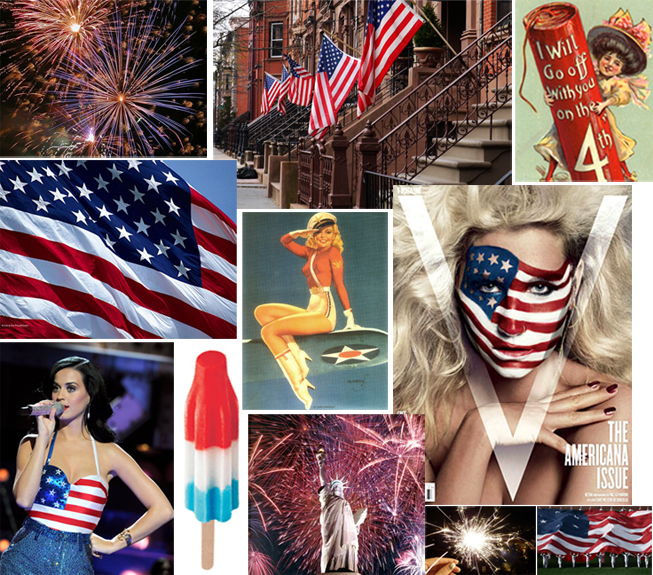 Ever pick up the newspaper…. who am I kidding, who reads newspapers.  Ever look at your Twitter newsfeed and after scanning the headlines think to yourself, “Dang it, I’m pretty psyched to be an American.”?  Yeah, I think that sometimes too.  Other times, I’m ready to flee the country, but today isn’t going to be one of those days.  Today we are going to celebrate and channel all that is fabulous about the good ol’ U S of A… and find ways to wear it.  That’s right, we are doing all things stars, stripes, blue, red, and white.

Back around Memorial Day, the trend of sporting patriotic style made its debut and seems that since then, being proud to be an American only became that much more on trend.  Well, as it turns out, this week we commemorate our great country’s independence and I really can’t think of a better time to get your patriotism on.

There will be fireworks.