WhyDid Wisdom: Against the Grain 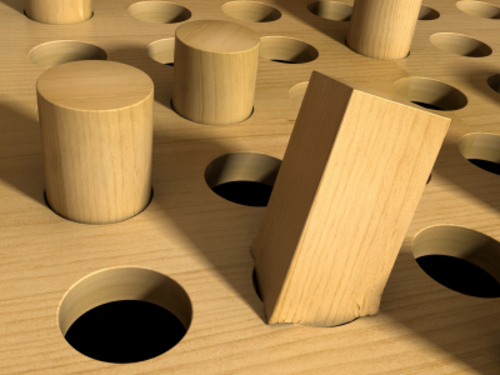 Have you ever been doing something and thinking to yourself, “What the hell am I doing?”  You know you are going down the wrong path but continue on because you figure, “Hell, I’ve come this far.”?  It’s as if you’re watching yourself from the outside, but are unable to stop what’s playing out.  You’re a spectator of your own life.  You’ve got tickets to a movie you didn’t want to see and now you probably look back and wish you’d just put your foot down in the first place and said, “That’s not what I want.”

Well, as it happens, I am quite friendly with these feelings.  I let my life be guided by social “norms” for the past couple of years only to be kicked in the teeth after it all imploded and the universe had had enough of watching me squander and squirm.  I remember having a glass of prosecco with one of my best friends in between trying on wedding dresses and confessing to her that something didn’t feel quite right.  She assured me that feelings of anxiety were fairly normal, but I didn’t have the heart, or the guts, to tell her it was something more.  So I finished my prosecco, decided on a beautiful Vera Wang and continued planning a wedding and living a life that were so clearly not meant for me.

Since I was a child, I have had an alarmingly acute sense of intuition.  I have no idea where it came from and my father still tells a story of when it first became apparent.  The problem is that as the years have gone by and I lost more and more of my childlike purity of thought, I’ve lost touch with my intuition.  I’ve let other people’s perceptions of me influence who I was becoming and how I thought.  I’ve let people make me feel guilty for not seeing the good in others, but unfortunately and as it turns out, not all people are good.  My intuition was still there, but had become latent because I’d managed to always let people talk me out of it.  The combination of a big heart and laser sharp intuition are the stuff contradictions are made of. 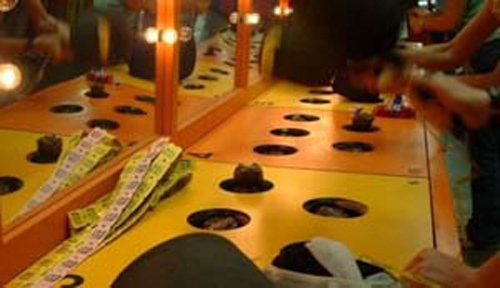 As my situation continued, the uncertainty and feelings of uneasiness persisted and increased, but I just bopped them on the heads like a game of  Whack a Mole.  I was so scared to end it.  I was terrified of not fitting into the social norms and disappointing others that I didn’t listen to my own heart, my subconscious, my intuition.  When it became evident to all parties that this was a railroad engine heading straight for a brick wall, we braced for impact and let the train wreck derail.

Ironically, I consider myself lucky enough that he ended it.  The hardest part was letting go of the idea.  I knew it had been wrong all along, but was so stubborn (in my head loyal) by holding onto what I’d let others and myself tell me was right for me when in all actuality was totally wrong.  I’ve talked to more than a few women since then who have assured me that I am so fortunate to have not gone through with things.  Most of them are already divorced and still quite young and each one had had the same feelings I’d had.  And as hard as it was, I know I’m lucky.  Lucky because now I can start over.  Lucky because now I can become who I am supposed to be.  Lucky because I don’t ever have to wonder “what could have been?”  Lucky because I didn’t settle out of fear. 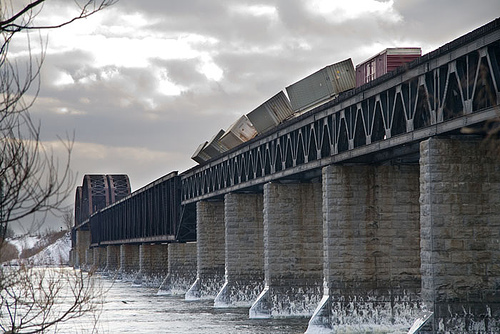 We trick ourselves into thinking and believing things that are not congruent with our true selves.  You didn’t even like that guy or want that job, so stop beating yourself up over over it.  Stop letting people tell you what’s right for you or what you “should” be doing.  Listen to your intuition.  Nobody else knows what the hell they’re doing either and many are just projecting their own feelings and insecurities about their own experiences onto you.  That’s their life, not yours and you’re not wrong for feeling what you feel.  I’ve never been wrong when I’ve had a gut feeling, but I’ve let people make me think I’m being “crazy” and in the end, I’m most angry at myself for not having listened to me.  This wasn’t the first time and it wasn’t even the last.  I’ve fallen victim to the same mistakes since then, but I’m still learning to reconnect with what’s been there all along.

We only have one shot at this.  Don’t let other people’s projections for you predict what you do and who you become.  Listen to yourself, your gut, your intuition, and don’t ever be scared to ask for what you really want.