Weekend Playlist: The Fifth of May 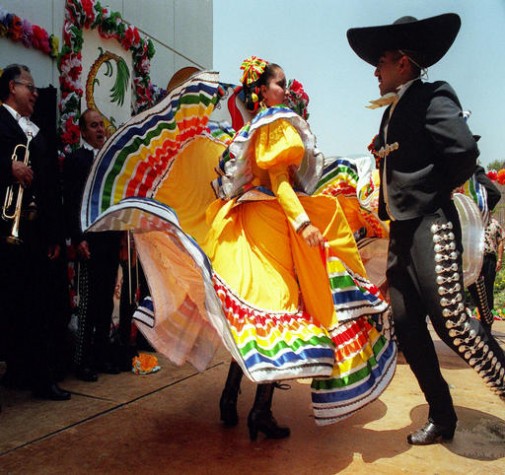 Happy Cinco de Mayo… Now before you strap on that sombrero, do you have any idea what Cinco de Mayo is all about?  No?  Hell, I don’t even know why we celebrate it.  I do know that I could live off of salsa and margaritas alone… but let’s pretend for a moment that there’s more to Cinco de Mayo than an excuse to drink Corona before noon:

Cinco de Mayo (Spanish for “fifth of May”) is a celebration held on May 5. It is celebrated nationwide in the United States and regionally in Mexico, primarily in the state of Puebla,where the holiday is called El Día de la Batalla de Puebla (English: The Day of the Battle of Puebla).  The date is observed in the United States as a celebration of Mexican heritage and pride, and to commemorate the cause of freedom and democracy during the first years of the American Civil War.  In the state of Puebla, the date is observed to commemorate the Mexican army’s unlikely victory over French forces at the Battle of Puebla on May 5, 1862, under the leadership of General Ignacio Zaragoza Seguín.  Contrary to widespread popular belief, Cinco de Mayo is not Mexico’s Independence Day—the most important national patriotic holiday in Mexico—which is actually celebrated on September 16.

Well then, seems that there is, in fact, quite a bit to celebrate… to which you will most definitely need something to shake your maracas to.

And if you find that the salt on the rim of your glass is not enough sustenance to get you through the fifth of May, you should go ahead and try whipping up these easy (and delicious) enchiladas.