Why Did You Wear That: Wake Me Up When It’s Over 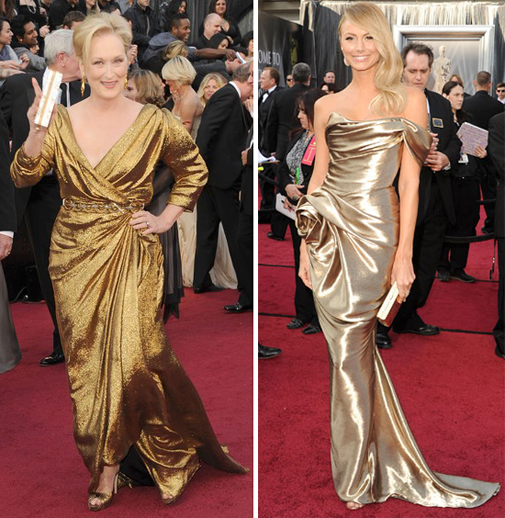 As you are probably well aware, tonight marked the 84th Annual Academy Awards.  I tuned in a little late and then had to verify with my girlfriends that it wasn’t my tear swollen eyeballs or my many mimosas that left me (yet again) feeling totally underwhelmed and… yawn… bored with what was on the red carpet.  They assured me that, yes, everyone was playing it safe and leaving quite a bit of “wow” factor left to be desired.  Meryl Streep and Stacy Keebler both sparkled in gold and both took home a handsome man of her own (one being an Oscar…) making them the winners of the night in my book.  Perhaps all of Hollywood’s starlets and stylists need to hit the “reset” button because right now, it seems like it all has been done before.  I figured the ladies had been warming up all award season for “the Superbowl of fashion” but they too seem to have slipped into a slump.

It took me a while, but I’ve picked my top contenders. 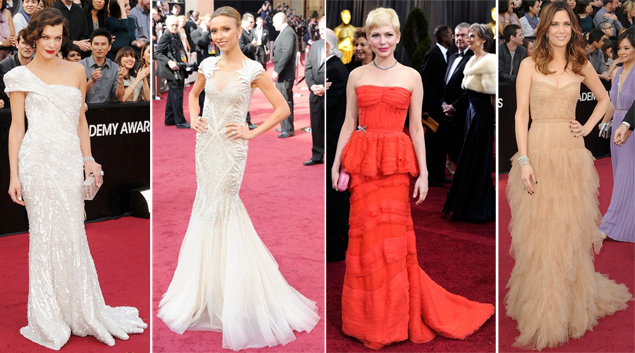 And with every red carpet, there is always a trend, whether good or bad, that prevails.  This evening’s was that of the more modest covered arm.  Everyone from Louise Roe to Melissa McCarthy was seen sporting this modern day Mormon style.  What?  Nobody got a Shake Weight for Christmas?  I want to like JLo’s and Berenice’s versions, but as for the rest… I think it’s a bit too demure… almost pilgrim like.  This is Hollywood, not Plymouth Rock. 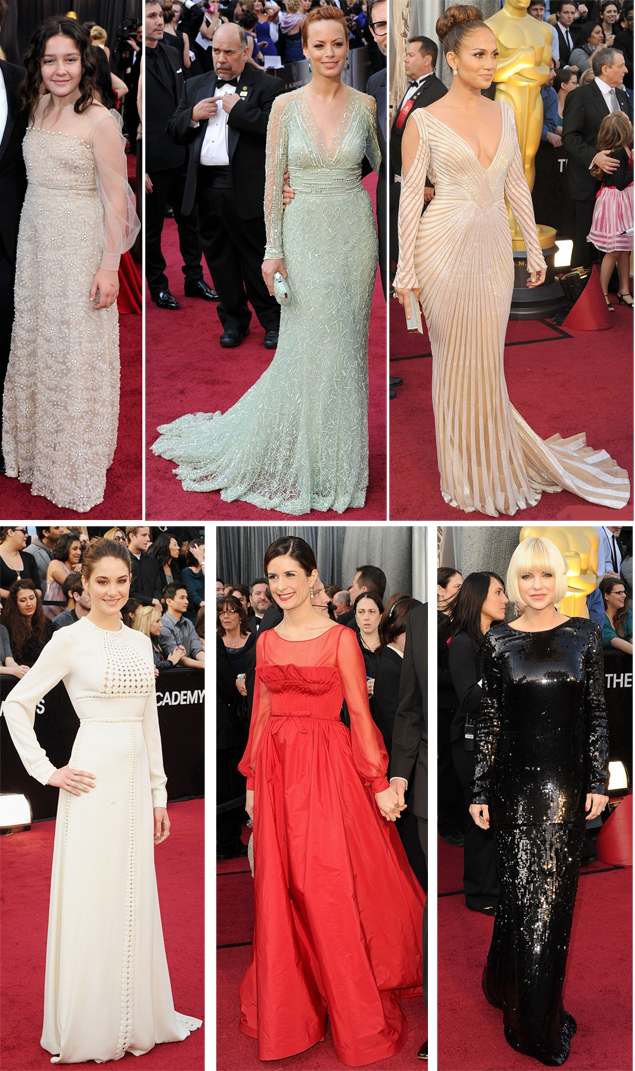 Now this is where I’d normally present you with my worst dressed, but there was nothing even offensive enough to showcase here.  And it’s enough to bring on the waterworks again cause that’s my favorite part.  C’MON, ladies!!  Being unable to highlight the truly trifling just proves my point: it’s time to start taking some risks.  Better luck next year.